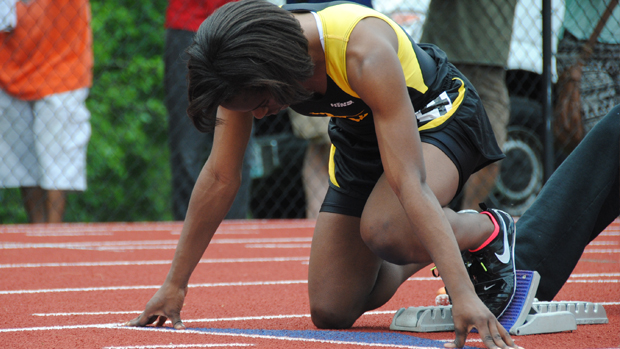 ST. LOUIS – Maya Cody appears poised to make a lot of noise at the Class 3 state meet next week.

The Lutheran South sophomore was first in three open events and one relay, running personal bests in the 200-meter dash and 400-meter dash, as well as anchoring the 400-meter relay to a new school record.

After a very short turnaround, Cody was back on the track setting a new PR with her win the 400 in 56.64. She said the break between races was actually longer than she anticipated, and she felt it was the perfect pacing to prepare her for next week.

“I thought it was going to be quicker, but I actually had a little break in between so it was actually fine,” Cody said. “This gets me prepared for state because this is exactly how it’s going to be.”

Cody got a taste of the state meet as a freshman with a sixth-place finish in the 100 and ran a leg on the runner-up 400 relay. Having been there once already, Cody said she is better prepared for what to expect. Coupled with the faster times she’s running this postseason, and Cody should see a lot of the Class 3 state medal stand.

“You’re more relaxed,” Cody said of returning to state. “When you don’t know, you’re kind of tensed up, but you don’t want to be like that at state. You want to be as relaxed as you can.”