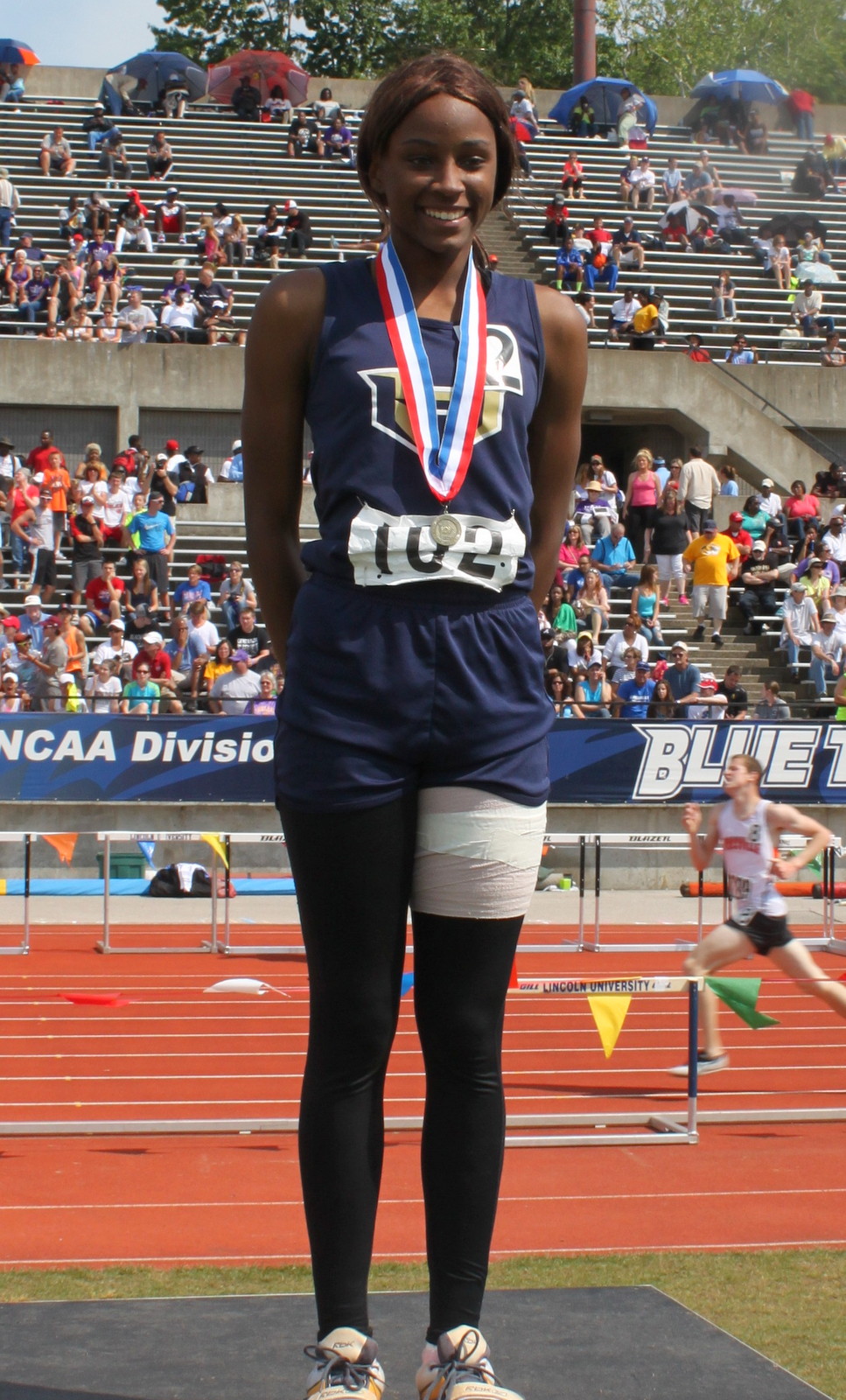 JEFFERSON CITY, Mo. – Holt senior Nataliyah Friar was beside herself with giddy excitement after finally stepping on the top step of the Class 4 medal stand at Saturday’s state meet.

Friar was a frequent visitor to the awards’ podium on Saturday, placing in the long jump, the 100-meter and 200-meter dashes. But she could not break through with a gold medal performance.

She changed that with her final event, capturing first in the triple jump after sailing 39 feet, 1 ½ inches. It’s the third year in a row she has won the event, but she had to struggle a little more to earn this one as injuries sidelined her early in the season.

“I’ve been going through a lot this season. I had to sit out an entire month because of my hip flexor injury,” Friar said. “To say I’ve overcome all these injuries, all these obstacles and my senior year I’m able to get it again, it’s a blessing.”

It was the first time in her career Friar broke through to make the finals of the 200-meter dash. She said that race killed her legs for the triple jump and hindered her attempts at a state record. She takes solace knowing her PR of 40-9 ¾ at nationals last summer actually surpasses the state record mark of 40-9 ¼.

“I actually shed some tears after that last triple jump,” Friar said. “It’s time to move on to LSU next year.”