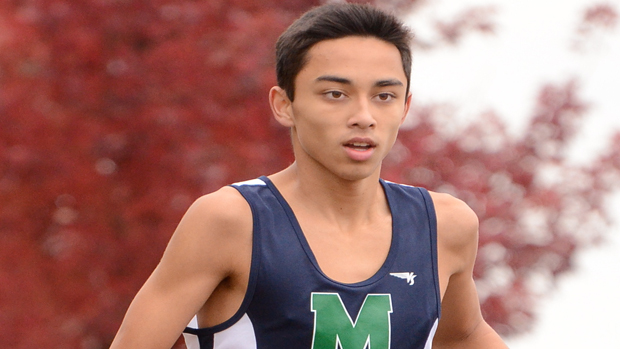 Even with the elite level of running that Noah Kauppila has achieved, he proved this postseason that there is always something new to learn about his sport.

Kauppila, a senior at Marquette and the recent Class 4 state cross country champion, had a disappointing race at the Nike Cross Nationals Midwest Regional. After making the necessary adjustments, Kauppila rebounded with an eighth-place finish (15:20) at the Foot Locker Midwest Regional, qualifying for Saturday’s national race in San Diego.

“That state race was huge plus for me, and the national races are big, and I’m glad I made it,” Kauppila said. “I’ll just try to have fun this last high school race. At this point the result doesn’t matter as much.”

Kauppila finished 14th (16:35) at the Nike regional and then spent an hour in the medical tent after collapsing at the finish line. After a little blood work, Kauppila learned that his breakfast that morning had been the culprit.

“I didn’t eat enough carbs,” Kauppila said. “I had a sugary breakfast of cereal and waffles more than three hours before the race, and I might have burned it off. I learned to eat a more substantial breakfast. (Before Foot Locker) I had a big omelet with bacon and mushrooms and hashbrowns. It was more balanced and included protein. I also had more carbs the night before.

“I’m glad I was able to learn it now, but it does suck because it was something so petty.”

Kauppila had tapered his workouts for the state meet and kept the same routine working through the two regional races. After qualifying for Foot Locker nationals, he increased his mileage just a little for a week, and he also took to the pool when the ice and snow prevented him from hitting the pavement.

“I actually hate swimming, but it helps a lot,” Kauppila said. “It’s nice to swim and get off my legs and get a workout in.”

Kauppila said he also changed his approach between the two qualifying regionals. The windy and muddy conditions at Nike were a little more taxing, and Kauppila said he probably made a move too early to try to get a qualifying spot. He took a more conservative approach at the Foot Locker regional.

“At Nike, at the 4k mark I was in the second chase group and made a big move to catch up, and I think I took myself out of the race,” Kauppila said. “This time, I stayed within the qualifying pack and was poised and relaxed. I may not have raced the best I could, but I made it to the finals.”

Kauppila gained a little experience racing against a small, talented field when he raced at Arcadia (CA) last April. This Foot Locker final will feature 40 of the best runners from across the country, but Kauppila said he has already achieved his goals. This race will be about savoring the moment.

“I’m trying not to have any pre-race objectives and put pressure on myself,” Kauppila said. “It’s time to enjoy it now.

“When we get to the line, there will be a lot more intensity, but there’s not going to be anyone a lot better than anyone else. I hope it doesn’t go out too fast. It’ll definitely be interesting to watch and be part of.”

After the race, Kauppila will return to mulling over his college options after narrowing his selections down to Oklahoma State, Princeton and Oregon – and finally giving his legs a rest.

Kauppila will also be joined at the Foot Locker Nationals by Ste. Genevieve sophomore Taylor Werner, who was fourth at the regional in 17:46, and Eureka junior Hannah Long, who was fifth in 17:46.