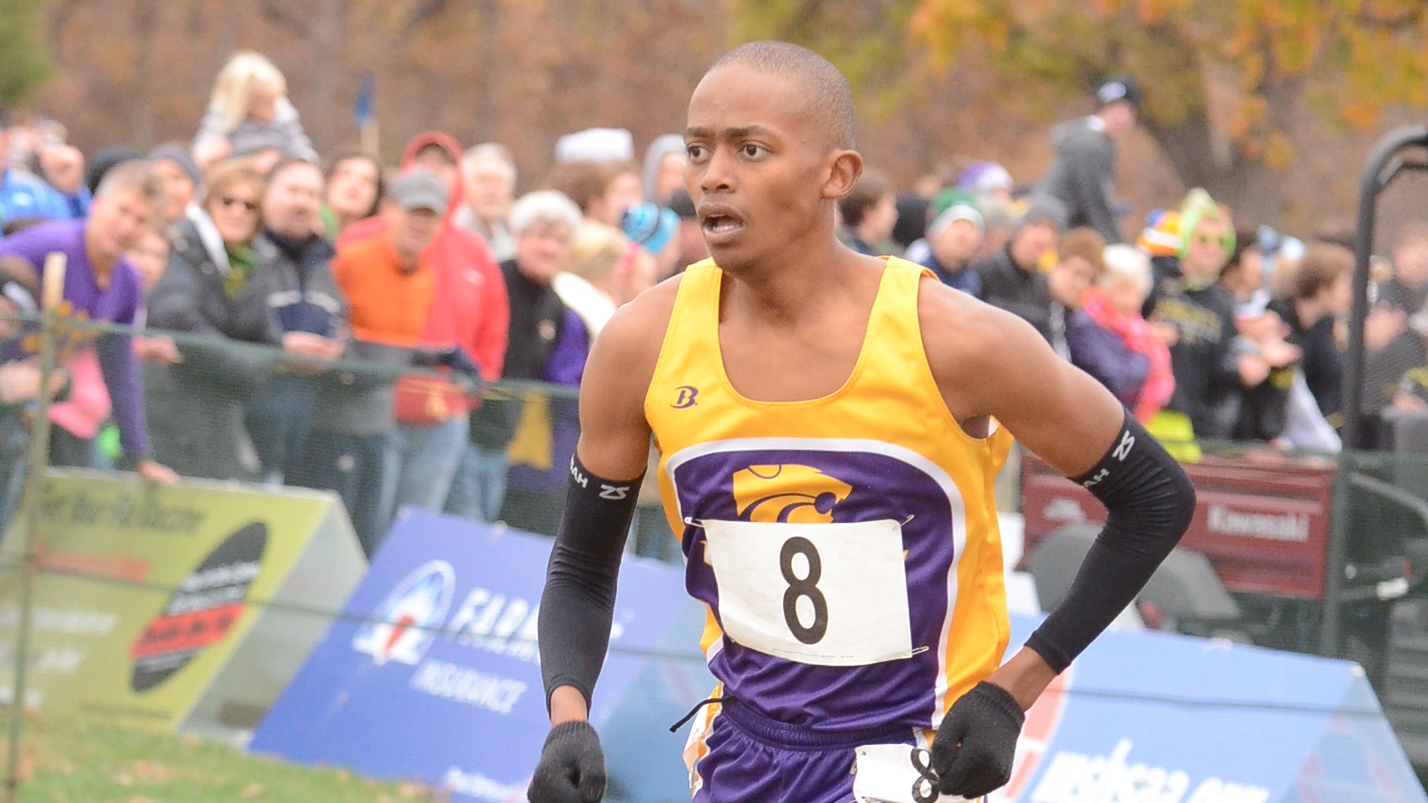 Mugeche, a senior at Blue Springs, tried to push the pace as a junior and then watched as Marquette’s Noah Kauppila surged ahead of him over the final half mile to claim the Class 4 race. This year Mugeche was more patient through the first two miles before making his winning move after Firehouse Hill with 1,000 meters to go. He put down a final surge to make a move on Kearney’s Clayton Adams and build a little separation to win the state title in 15:32.23.

“Last year I tried to lead the whole thing, and that’s where Noah Kauppila got me and taught me a valuable lesson,” said Mugeche, who announced he will sign with the University of Arkansas. “I had flashbacks to last year’s race and decided to go after Firehouse.

“It’s amazing. It’s the best feeling ever. It’s been a dream of mine since freshman year. I’ve been putting in the work, thousands of miles, and it really pays off.”

Through the first mile, Mugeche sat back in the pack and let the other runners cut some of the wind. Typically a front runner, Mugeche made a conscious effort to run restrained and not take to the front of the field too early.

Just after the mile mark, Mugeche moved up the front of the field with Adams. After the second mile, he made a couple small moves, but Adams responded every time. Fresh off the sectional meet a week prior when Adams got the better of the head-to-head matchup by seven seconds, Mugeche knew what Adams intended.

“I knew at the end Clayton would be on me, and I knew if I pushed hard I could break him. I had a little motivation from last race when he put it on me,” Mugeche said. “I decided to push that hill because that’s where a lot of the fatigue in the legs takes place, and I just pushed it from there and ended up becoming champion.

“This year I gave everything I had. Being overtaken by Noah Kauppila, who is a great runner, I decided to use that as motivation. We talked about strategies and ways to run it, and I knew that I’m experienced, it’s my fourth year on this course, and I had the advantage of knowing all the areas and knowing where it’s best to push and where it’s best to sit back.”

After reaching the summit of Firehouse Hill, the two jockeyed for position through a couple hairpin turns. Mugeche put on another burst when the course straightened out and took advantage of the downhill slope. 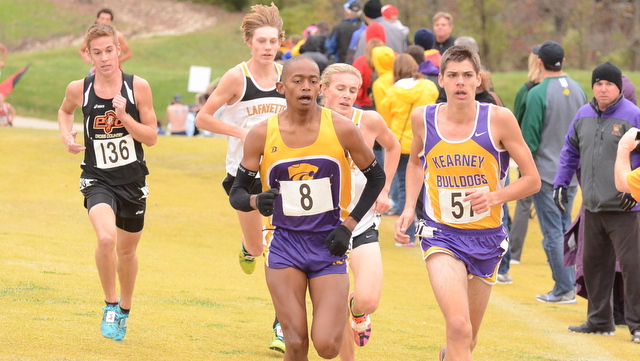 “He got around me on one of those turns and put a good surge on me and got a step or two on me,” Adams said. “It just broke me mentally and I couldn’t hold on from there.

“I wanted to have a little bit of a gap on him because I knew he’d hit it hard at the top of (Firehouse) hill, but he fought harder than I was expecting it, and up that hill he was really strong.”

Adams held on for second place in 15:43 as Lafayette sophomore Austin Hindman was closing ground. Hindman took third in 15:44.

The runner-up finish has already sparked some motivation in Adams and talk of next year. Mugeche has handed him a pretty good blueprint to work with, and he can even begin designs on running down Kauppila’s state record of 15:22.34.

“I just want to get better each year, and the only place I have to go is first,” Adams said. “Being 20 seconds off the record sophomore year, I want to get it some year.”