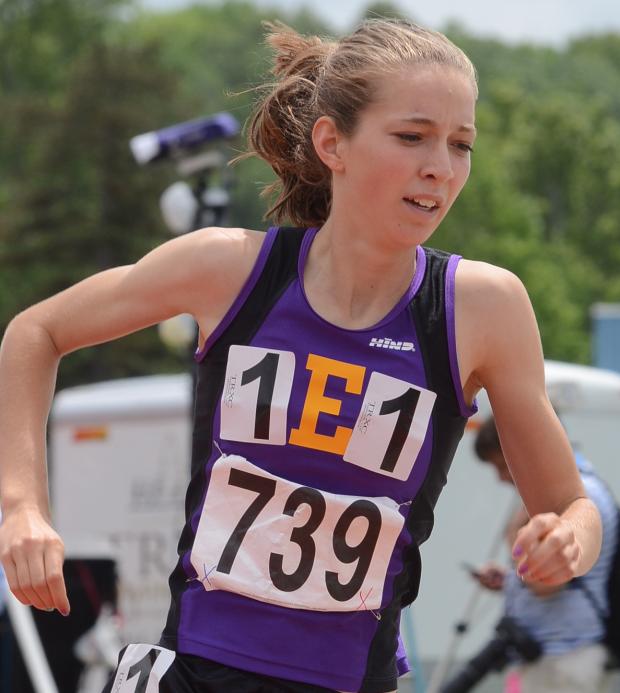 Hannah Long has been lighting up Missouri tracks and cross country courses for four years, and she had one final jaw-dropping performance to treat the crowd to on Saturday.

Despite not having anyone to push her but her own internal will, Long cruised around the Dwight T. Reed Stadium track to set a blistering new 1,600-meter record at 4:40.15. That betters the time she set last year in Class 4 (4:46.21) and eclipses the overall record posted by Ste. Genevieve’s Taylor Werner last year (4:44.26) which came minutes after Long had finally broken a 25-year-old mark.

“I still can’t believe (high school is) over already; it went by so fast. This has been an amazing year. I’m really glad I ended on a good note,” said Long, a senior at Eureka. “(Running) 4:40 was my goal. My training has been going really well and I’ve been running great times in practice, and I think that was definitely an attainable goal for me.”

Long started with a quick first lap at 1:08 and split the second lap at 1:11 for an 800 time of 2:19. She remained consistent through the second half of the race with splits of 1:09 and 1:10 to reach her goal of 4:40 as the crowd roared in response to the spectacle. Those few tenths of a second proved important too, as she vaulted to the top of the U.S. leaderboard, slipping ahead of Destiny Collins (CA), who ran a 4:40.34 at the CIF Southern Section Masters on Friday, and Stephanie Jenks (IA), who ran a 4:40.78 to beat Long in a head-to-head meeting at the Kansas Relays.

The large clock positioned near the finish line proved rather useful in helping Long keep track of her splits and her progress toward running down a record time.

“It helps a lot,” Long said. “Since I don’t have someone right there next to me, I really have to be aware of where I’m at time-wise at all times.”

Long’s previous best was a 4:43.67 when she took second at this year’s Kansas Relays, and her final state meet ended a career that started with a 4:55 in her first high school meet as a freshman in 2012.

There was little time to recover before Long was back on the track for her last high school race. She bolted to the front of the pack as is her routine and captured the Class 5 800-meter title in a PR time of 2:08.87. That ties her with the 15th best time in the country this spring and earned her a 10th state track title including her three 4x800 relay wins.

“I was a little nervous because it was a very quick turnaround,” Long said. “Pretty much my cooldown was my warm-up. My legs still felt pretty good after the mile so it went well.”

Long plans to continue racing and will immediately begin preparation for Thursday’s Festival of Miles at SLUH where she will run the 800.

“This year I’m pretty sure I’ll be in the pro race so that’s going to be really, really exciting,” said a grinning Long.

She still awaits an invitation to the Adidas Dream Mile in New York, which she likely secured with her record 1,600 Saturday. Then she’s slated to run at the Brooks PR meet the following week. When her postseason ends, she’ll finally begin training for next fall when she will begin a new running career at Stanford. 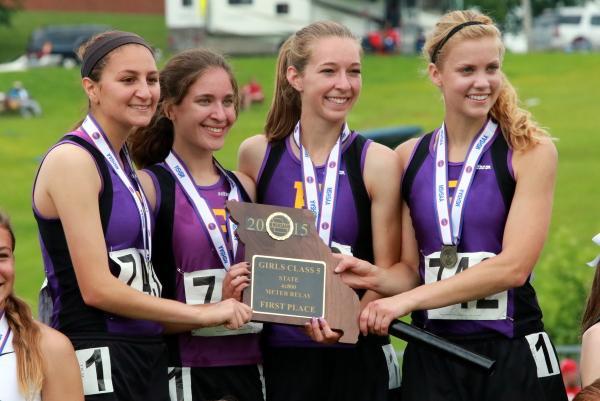 Even after new PRs and a record-setting run on Saturday, Long said she’ll probably always cherish the Eureka 4x800 relay team the most. The Wildcats captured their third consecutive relay title on Friday with Long running a 2:06 split to pull Eureka from down in the pack to first in 9:15.22.

“There are a lot of races that stand out in my mind,” Long said. “The 4x8 is particularly special to us so that always stands out to me. That’s always the focus of our team every year. Eureka has a great tradition with that so I get excited for that.”