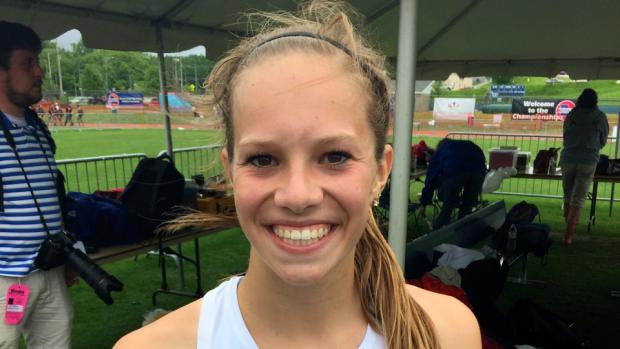 There was something magical about the pole vault at the MSHSAA Track & Field Championships this year.

After watching the boys’ record fall on Friday, (Nilsen vaults to top of record book) Lee’s Summit West junior Nicole Kallenberger closed out Saturday’s session by setting a new all-class record at 12 feet, 10 ½ inches. Kallenberger had already won the event and chose to move the bar a half inch above the previous best mark of 12-10, which was set by her sister Brittany Kallenberger in 2012. 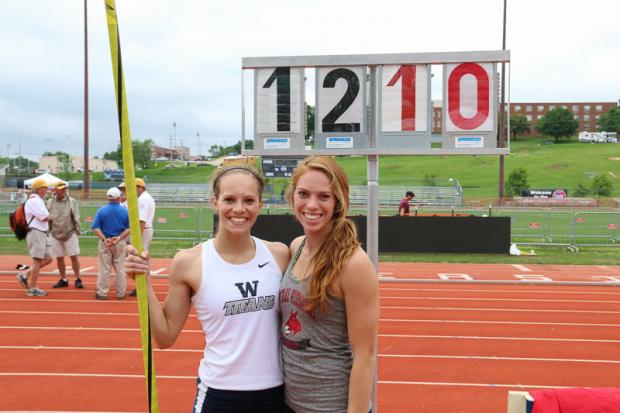 “When I came in I felt really confident, but I felt a little bit tired so I was afraid that was going to happen. But as the bar got up and my vaults got better I felt like it was possible for me to get that,” Nicole said. “Every time before I went I heard (Brittany) say, ‘Go Nikki!’ so it just kind of helped me out, and I know she’s really proud of me. She didn’t want me to beat the record a few years ago when she first got it, but she said if she anyone was going to break it, it should be me.”

Nicole skimmed the bar on her first attempt at the record, and as all she could do was watch as the bar bounced and wobbled. It stayed up and the record was hers. 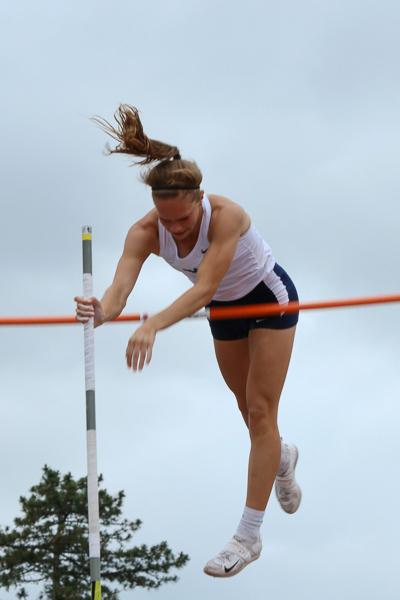 “I really didn’t think I was going to get it on my first jump, especially when I hit the bar and I was really hoping it would stay on, and it did,” Nicole said. “I knew I had two more attempts after that because I thought I knocked it off on my first attempt, but I just got lucky the bar stayed.”

Nicole had three attempts at 13-0, but she was unsuccessful in moving the record even higher. She still has next year to push the mark further out of reach of the field.