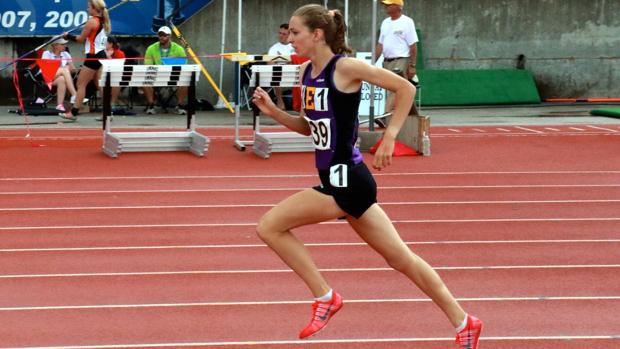 The 5-foot-7 senior distance runner won three individual state championships this spring and led the Wildcats to a ninth-place finish as a team at the Class 5 state meet. Long won the 800-meter run with a time of 2:08.87, the 1600-meter run in a state-record 4:40.15 and anchored the winning 4x800-meter relay quartet, breaking the tape in 9:15.22. The state’s 2012-13 Gatorade Girls Track & Field Athlete of the Year, her state-record clocking ranked as the nation’s No. 3 performance among prep competitors in 2015 at the time of her selection.

Long has maintained a 4.22 weighted GPA in the classroom. A member of the National Honor Society and an avid gardener, she has volunteered as part of a canned food drive as well as holiday gift-giving campaigns, in addition to donating her time to the Special Needs Soccer Association.

“Hannah Long runs with excellence and carries herself with a humility that is rarely seen from elite athletes at the high school level in this day and age,” said Neal Blackburn, head coach at Rock Bridge High. “You can tell from afar that she makes the people around her better. Not just better runners, but better people. I believe that female distance running in the state of Missouri is in a better place because she has set a precedent of how a champion should conduct themselves, regardless of the spotlight that shines on them.”

Long has signed a National Letter of Intent to compete in track and field on an athletic scholarship at Stanford University this fall.