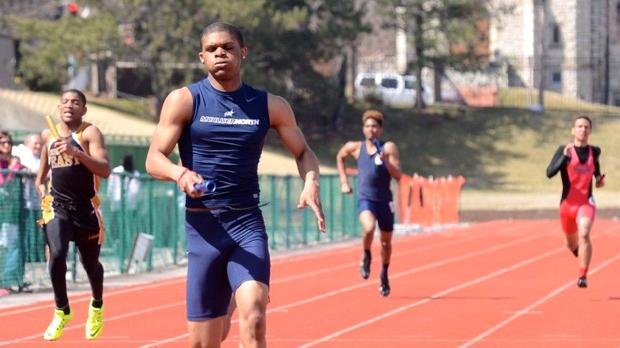 My most memorable meets would have to be state 2015 and the Great Southwest Classic 2015. State was a weekend filled with outstanding performances in the midst of episodic torrential rains. Not only that I was able to leave the stadium as an all-state athlete at the conclusion of my senior season. The Great Southwest was something to remember as well. It was my first year, so going down there and seeing and competing against the field of athletes was an experience that I would never forget. Oh yeah, and I ran my PR in the 200m and 300 hurdles!

What will you miss the most?

The one thing that I will miss the most is being around my teammates at practice laughing and joking while working hard at the same time.

If you can do it all over again, what would you change about your career in high school?

What were the most difficult obstacles you had to overcome?

The most difficult obstacles that I had to overcome was a foot injury during my junior year and a hip injury during my senior season. I had to sit because of the foot injury my junior year and I wasn't able to run on it until the week of districts, so I lost a lot of work that was needed to get faster. With my hip injury, I had to sit most of my senior season, so I wasn't as strong as nor was I as quick as I was my junior year. I basically ran my entire senior year injured, which prevented me from being able to compete to the best of my ability and go out with the "bang" that I had set for myself.

Do you have any advice for younger athletes?

My advice to younger athletes would be to never be afraid to work hard in practice. All of the hard work that you put into practice will show what you're capable of when you're running in a meet at the conclusion of that week of practice. Also, never be afraid to take the initiative to put in work outside of scheduled practices.