Austin Hindman was the name on everyone's lips during the 2017 track and field season, and rightfully so. The young man from Wildwood ended his high school career with state records in the 3200 Relay (Class 5/Overall State Meet and All-Time), 1600 (Class 5 State Meet), 3200 (Class 5/Overall State Meet and All-Time), and 1 Mile (All-Time) to go along with his World Championship in the Junior Triathlon. In his fourth race of the weekend at the Class 5 State Track and Field Meet, Hindman put on a show under the lights at Jefferson City High School, running the state meet record 8:54.92 to win by 26 seconds. But lost in the anticipation of Hindman's record breaking race was the record breaking race in its own right that took place just moments earlier. We're talking about the Class 4 Boys 3200 which saw the fastest top 8 in the boys 3200 in the history of the state meet. (The 2 mile run became the 3200m run in 1980.) 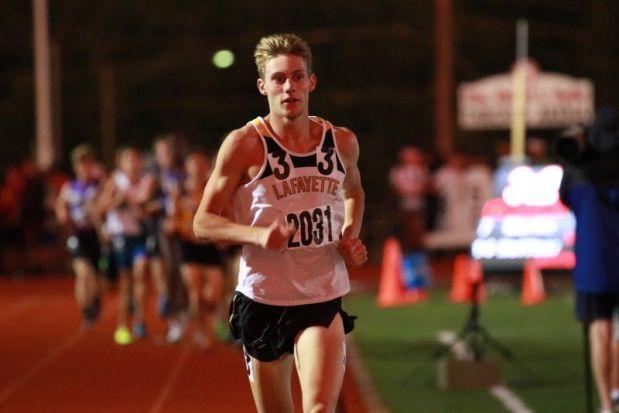 After a Class 3 race dominated by Stephen Kielhofner, the Class 4 boys lined up at dusk in perfect conditions. For most of them, it was their 3rd or 4th race, but that did not stop them from putting on a show for the crowd that had remained after the lengthy rain delay plus the numerous races that had had to be run before them. Ryan Riddle of Webb City would take the bell lap and hold off one of the best kickers in the state in the last lap. 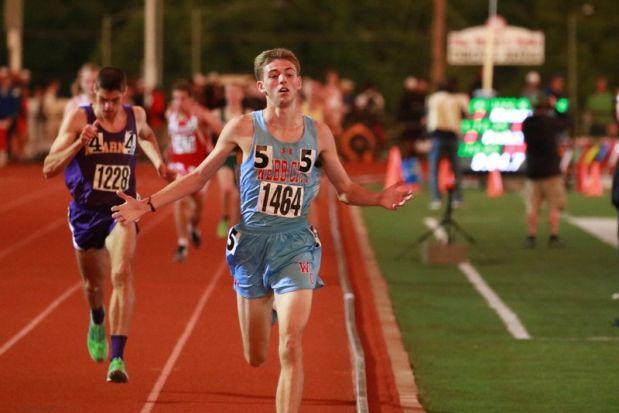 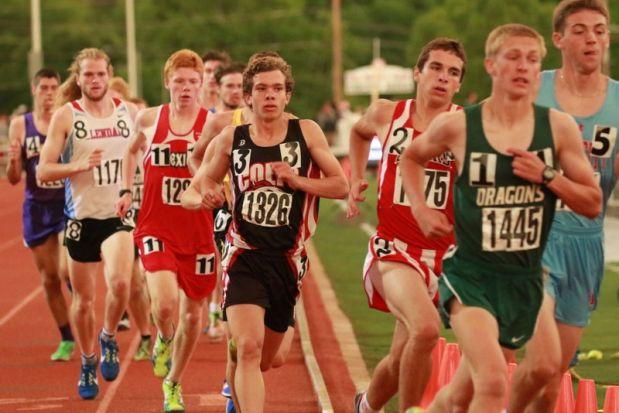 The top 8 had pulled away from the field going into the 7th lap and secured their medals at that point, but all that was left was the decision on the order. You can find the breakdown of the Top 20 average times in state history below for Classes 3-5 and, as you can see, this year's Class 4 boys race is the fastest of all-time, just ahead of the Class 4 race from 1983.

The average top 8 in the 3200 for Classes 3-5 since 1980 is 9:35.54.
For some more perspective, Riddle's 9:06.07 was the 7th fastest winning time and 8th fastest time all-time, 15.17 seconds faster than the average: 9:21.24, but Duchatschek's 8th place time of 9:19.49 was the fastest 8th place time ever and made him the 70th fastest individual in state meet history. He was 4.51 seconds of the 1983 8th place finisher, Matt Wegenka of St. Joe Central, and almost 8 seconds clear of the 3rd 8th placer: Caleb Wilfong of Rock Bridge in 2011. His time was also 27.06 seconds faster than the average: 9:46.55. You can see all of that data below as well.
Top 20 Fastest Winning Times
Top 20 Fastest 8th Place Times
Some may argue that conditions were much more conducive to fast time, thus producing times that would not have been as fast had they have been run in conditions that other athletes may have had to endure. While that argument holds weight and may produce an asterisk next to 2017's times, it doesn't change the fact that, as alluded to previously, only one of these boys in the Class 4 race (Naeger) was running their first race of the weekend. There were no fresh legs in this race and certainly not after the lengthy rain delay. Argue about the conditions if you will, but what occurred this past May was special. So yes, Hindman's run in the Class 5 3200 was historic in its own right, but the race that deserves similar acknowledgement occurred just before his -- in the Class 4 race.
Tweets by MoMileSplit