The 100 is shaping up to be a real battle. Madison Fuller (John Burroughs), Busiwa Asinga (Principia), and Machiyla Knight (Southeast) are all within 5 hundredths of a second of each other based on their season bests. This could set up for a real photo finish.

Madison Bowles (Strafford) has the highest season best in High Jump with a 5-6, but hasn't jumped that since March. That leaves her, Delaney Miller (Buffalo), Katelyn Mooney (Lamar), Serena Sundell (Maryville), and Tara Sampson (Reeds Spring) competing for the State Title. All those girls have cleared 5-4 so it should be an exciting event to watch.

Kloe Hilbrenner (Odessa) and Mikayla Deshazer (Lincoln College Prep) will be fighting for the State Title in Shot. They have thrown 44-4 and 44-3 respectively and its really anyones guess which one of them will walk away with the Championship.

The Burroughs freshman is the fastest freshman in the State in both the 800 and 1600. In addition to that she's also the fastest 800 and 1600 runner in Class 3 regardless of age. We are going to be watching and talking about her a lot over the next few years so she's one to definitely look out for. 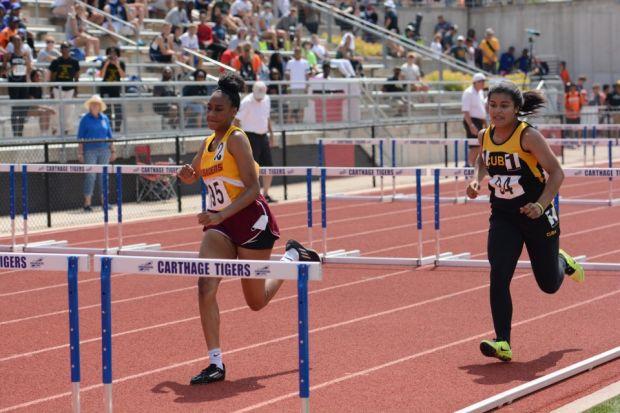 Jordyn comes into the weekend ranked 1st in the Class 3 Long and Triple Jumps. She's jumped 18-0 and 38-2 already this season and will look to improve those marks this weekend at the State Meet.