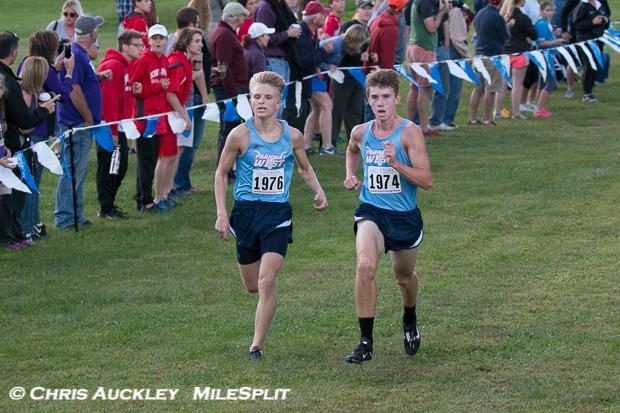 A: Nike Cross Nationals was an amazing experience. The weather was perfect besides the wet course. I was actually super anxious before the race because I forgot to use the restroom, and I was scared the race was gonna be awful. The fireworks to start the race got that feeling out of me, and it was the best way to start a race. Some people were stopping thinking it was a false start, but I continued on passing hundreds of people.

Q: Who would you consider your biggest competition over your four years?
A: Harrison Brown, Christian Baker, and I have had a friendly rivalry dating back to elementary school. We raced against each other a bunch in CYC track, aka Church track. I do have to admit it, but these two boys (even though they were younger than me) still beat me in the mile. Throughout high school, we have battled back and fourth in cross country and track.
Q: What was your greatest accomplishment?
A: At the start of the track season senior year, I came in with this hip problem that started in the middle of the winter indoor season. I set a goal of 9:20 in the 3200, but I really doubted myself all season long. Once I made it to state and put my foot on the line, I knew I was ready. I went out hard, stayed hard, and finished even harder, and I accomplished that goal of 9:22 in the 3200m.
Q: If you could do it all over again, what would you change about your running career in high school?
A: This may sound weird, but I played racquetball in the winter of freshman, sophomore, and junior years. I would definitely take that back. Each season, I would always get a random knee problem that got really annoying through the track seasons. Instead, I would use those three winters to join the Warriors Track Club again. The team was very beneficial for me my senior winter season. I put in more miles, and I even got to be a teammate of the Allen twins.
Q: What were the most difficult obstacles you had to overcome?
A: Injuries are the worst. It was hard getting to see my teammates run while I sat on the sidelines. My body is very fragile, and thinking back it seems like I had too many injuries here and there. Junior and Senior cross country I had hip and back problems, and then Senior track I had hip and IT band problems. 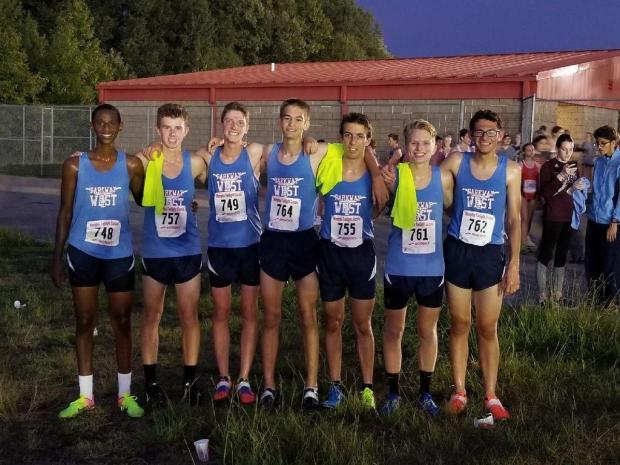 Q: What will you miss the most?
A: Definitely my teammates and my coach. Every practice was a new inside joke. It seems like we spent at least 15 minutes each day laughing at some stupid meme or video. The MileSplit takeover during Memphis really showed how much fun we have as a team.
Q: What advice would you give to younger athletes?
A: Stretch a bunch, run a lot, and reward yourself. I'm not a very flexible guy, and I work on it everyday. It just really helps your body in races, so you don't tighten up in the second half of the race. Another thing is to make your own motto. I originally started with "Pick It and Stick It" stating that you need to pick a goal and stick to it and work hard to achieve that goal. Then I moved to "The faster you run, the quicker it's done". This is more for those who don't enjoy running as much as me. I don't use this motto much; it's just more of a funny saying. Whenever I find myself in the middle of an awful run where I just want to end it, I just repeat it in my head.
Q: What influence has your coach had with respect to your performance and overall life goals?
A: My coach has really stressed pack running at practice. My varsity team at Parkway West has done all workouts together. All 7 of us cross the line of repeats together. It has really helped us mentally knowing that in races we can work as one team.
Q: What are you college plans?
A: I have chosen to attend Purdue University and study chemical engineering. Shout out to my roommates Paul Burka (SLUH), David Golder, and Nathan Reed (Lafayette). We were planning on doing running club together, but because of my performance at state, I have earned my spot of the Purdue XC/TF team as a walk-on.
Q: Who would you like to say 'thank you' to?
A: First off, I would like to thank the Academy. I would like to thank everyone. My parents for supporting me throughout all my years. My mom for setting up hundreds of things to help the team out. My dad for encouraging me at all my races, being my nutritionist before races, and being an amazing role model. My coaches for putting up with me and my teammates and coaching us to a 3rd place team finish in cross country. My teammates for the endless memories and laughs. And lastly my competitors who put their whole heart on the field making me push and work even harder.
Q: Is there anything else you'd like to add?
A: As Mark Spewak likes to chant at Big River Running Camp "PMA" meaning positive mental attitude. It's a thing everyone needs at all times. Positive thoughts of encouragement are honestly the best way to succeed in tough races. Another thing is that attending summer/winter running camps are a great experience meeting new local runners and making running a lot more fun.
Q: What was the funniest thing that happened during your running career?
A: There are too many to state, so here are some short funny ones:
At conference during the freshman race, us stupid varsity runners decided to throw the frisbee around. When our coach spotted us, he rushed over and yelled at us. He then took the frisbee and snapped it in half over his knee and threw it into the woods. The following practice we had to give a formal apology to the whole team, so I do not recommend throwing the frisbee at a meet when you are supposed to be cheering.
Towards the end of the track season, our team does a watermelon run, and then after we have a watermelon war. My teammate went over and stole a whole watermelon and went to the top of the announcer's stand by the football field. He tossed the watermelon over the edge, and it splattered all over the concrete that we weren't allowed to get watermelon on. My coach then points to the round and says "gimme 50", and my teammate screams out "Worth It", and then my coach screams back "that's 100 now". My other teammates and I were dying while we watched him do 100 pushups.
The last one happened at track state right before we headed back home. As we waited to pack up by tent city, I saw a great sign to pull off a prank. So I walked over, and smacked my hand on the sign, BANG, and fall over like I just hit my head on the sign. Then three teams rush over to the fence like "omg did he just run into that sign?", and I was trying to hold back a laugh. My teammates then rush over to me acting like I did it. It was so funny because all the teams thought I actually ran into the sign.
Tweets by MoMileSplit