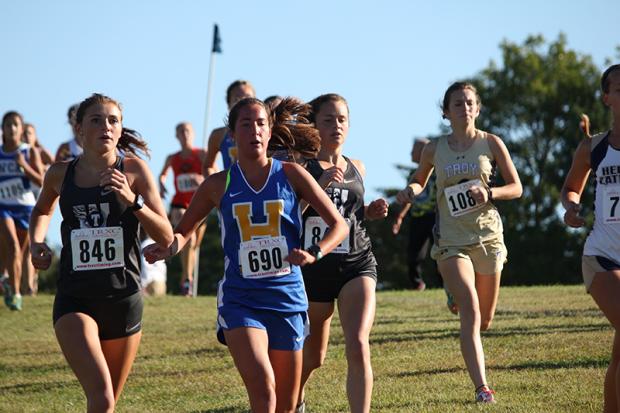 A: My most memorable race was without a doubt the 4x800 in 2017. Our relay ended up getting second with a time that broke a thirty year old school record. I remember our relay was pretty much a total wreck afterwards and staying on the podium almost seemed harder than the race itself. The one girl on the team actually had to get off the podium to throw up behind it when we were waiting for the pictures.

A: I'm really not sure who I would consider my biggest competition from these past four years. I've had the privilege to race with a number of great athletes who have all pushed me during races. From this track season Abby Juedemann and Emily Griesenauer stick out the most to me. They were both great competitors, but even more memorable for me was talking with them before and after races. 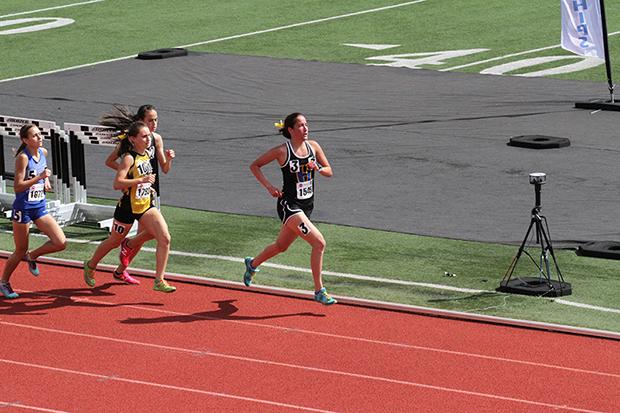 A: For me, my two biggest accomplishments in running were making it to State for cross this year and being All-State in the 1600 this year as well. Making it to State in cross was a huge deal to me, not only because it was my first time qualifying for cross, but because I had done it in spite having been sick on and off for six weeks of the season. Cross country has never been my strong suit, so knowing that I had improved enough to still qualify after being sick showed me how much stronger I had gotten over that year. All-State in the 1600 was also a big deal to me because it was my first individual medal at State. On top of this, there wasn't a storm delay when I was on the line or halfway through my race so that was also a win.

A: The biggest thing I would change if I could go back would be to do cross country my freshman year. Other than that there's not anything in particular that comes to mind.

A: My most difficult obstacle I've had to overcome was myself. Now it may seem that I'm referring to the mental challenges that are always present with running, and don't get me wrong those were present, but for me this pertains to health issues I have encountered throughout the course of my running career. My last season of cross country, in particular, I had to watch my teammates race from the side of the course on multiple occasions because I was sick. I've encountered a number of different health issues over the years -- so many that one of my swim coaches referred to me as "cripple" and "a walking train wreck" on numerous occasions -- but with each one I have been able to overcome or learn how to adjust to them. 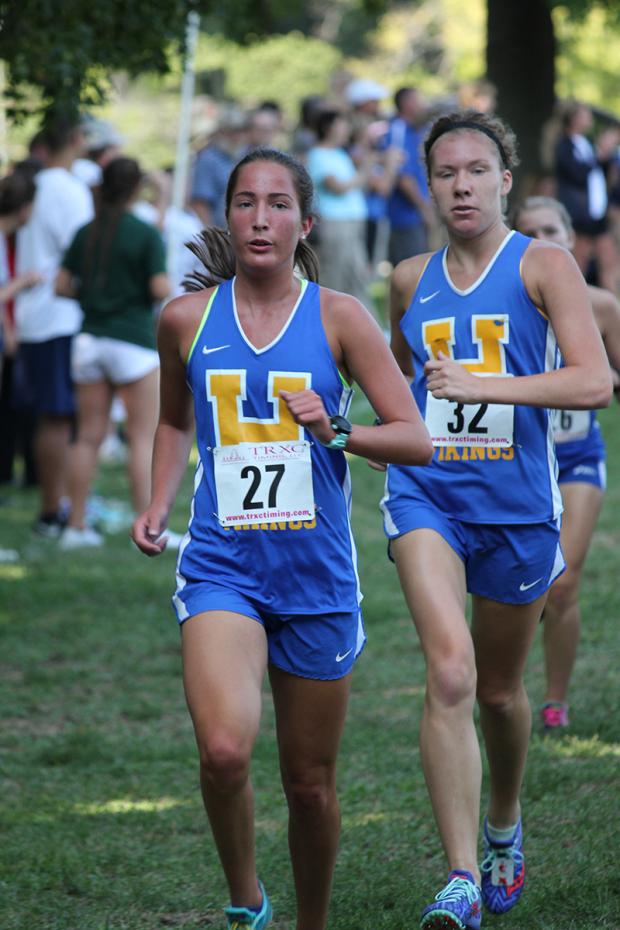 A: I'm going to miss my team the most. Over the course of my high school running career, a number of my teammates became some of my closest friends. It's going to feel strange not seeing them at least five days a week during the school year.

Q: what advice would you give to younger atheltes?

A: To the younger athletes: put in the work but don't be too serious. Challenge yourself to do more than you think you're capable of while also enjoying the people you spend all of your time with running. You'll want to look back on races where you surpassed your own expectations, but also all of the crazy fun things you did with your teammates on runs, at meets, and so on. Also, branch out to try other things along the way. You will meet some pretty amazing people.

A: Over the past four years, our program has gone through the transition of a new coach more than once. The coach with whom I finished out my high school running career with is one that has had a great impact on our team. He brought in just what we as a whole were in need of: positivity. I am a firm believer that a little bit of positivity can go a long way and the change that occurred within our team is proof of that. Running should be about more than just being the fastest; it should be about learning from your failures and growing both as a runner and a person. In addition to creating an environment where student-athletes are well-spirited and driven, my coach has also had an influence on my career path. and is among the number of teachers and coaches that have inspired me and led me to take an interest in teaching.

I would just like to say thank you to my teammates and parents. My teammates made every mile bearable and without them I think I would have lost my mind. My parents, as well as other team parents, were very supportive of all of us runners, doing everything from sitting in 25 degree weather to making snacks for us to eat.

A: The funniest thing that happened during my running career was probably at Memphis Twilight this year. After the race one of the girls on my team, a freshman, helped me get my spikes off and was carrying them while we walked to the other girls. After a couple minutes of talking with everyone, the girl asked why my spikes were wet and I immediately starting apologizing because it had completely slipped my mind that I had peed my pants.