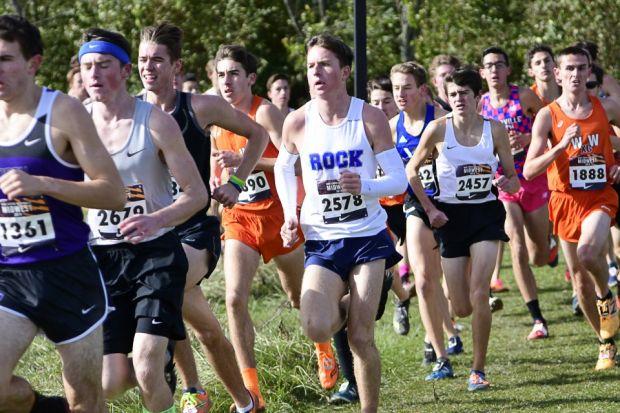 Sunday saw some of Missouri's top Cross Country Runners converge on the Lavern Gibson Championship Cross Country Course in Terre Haute, Indiana for the NXR-Midwest Regional Meet. The course was a little soft and slippery in spots but it still allowed for great competition and some fast times.

The Boys Championship race saw two Missourians earn 2nd team All-Region with Tom Seitzer (Rockhurst) and Clayton Whitehead (Carthage) taking 9th and 10th respectively with a 15:31 and a 15:36. Class 3 Stars Max McDaniel (Festus) and Blake Morris (Notre Dame - Cape Girardeau) took 30th and 32nd with times of 15:57 and 15:58. Chandler Gibbens of Hickman was the only other Missourian sub 16 with a 15:59 placing 35th.

In the Girls Championship race Class 4 State Champion Ginger Murnieks (Lee's Summit West) was the top Missourian with an 18:29 which was good enough for 34th, despite a slip and near fall around the mile marker according to a source. Madelynn Hill (Liberty) was 46th at 18:41, Mackenzie Stucker (Raymore-Peculiar) 48th and 18:43, and Marissa Dick (Raymore-Peculiar) 49th at 18:43 were all among the top 50 finishers.

Lee's Summit West was the top girls team from Missouri placing 11th, followed by Ray-Pec at 13th, and Blue Springs South in 18th out of 27 teams. 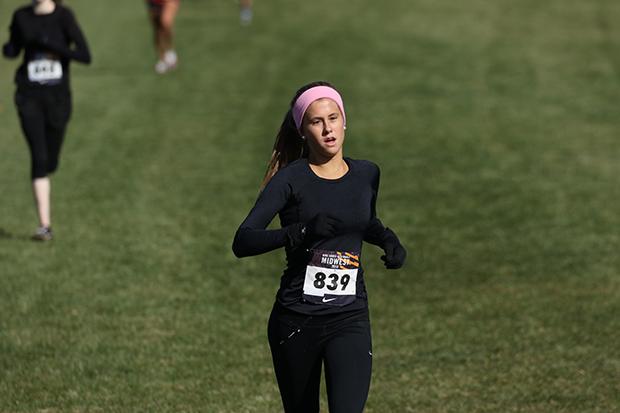 \There were also some impressive results from Missourians in the Freshman/Sophomore Race. Macy Schelp (Lutheran South) won the girls race with a 19:39, Ella Casey (Grain Valley) was 4th, Haley Baldwin (Lee's Summit West) was 7th, Madelyn Gray (Ft Zumwalt South) was 9th, and Marisa Jacknewitz (Nerinx Hall) was 10th. Landon Hendrickson (Logan-Rogersville) was the top Missouri finisher in the Boys race with a 12th place finish.