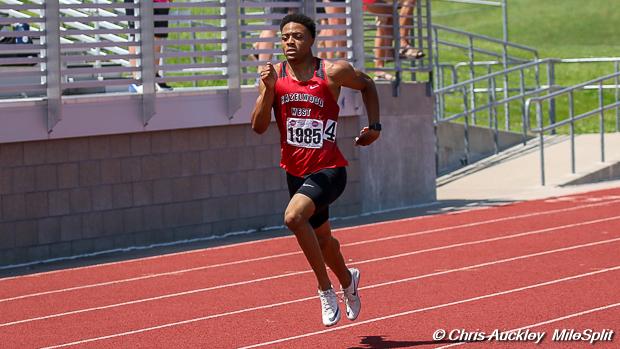 Sprint phenom Justin Robinson (Hazelwood West) had himself quite the day on Saturday. He started off his day winning the 100m with a new Class 5 record of 10.56. He only had to wait until the next event to win another State Championships as he and his teammates Brian Stiles, Aaron Holmes, and Mathew Kassa won the 4x200m State Title from the slow heat. He then went on to break the Missouri All-Class State Meet record in the 400m with a time of 46.30. He ended his day with his forth State Championship, as he won the 200m with a time of 21.96 in his 6th race of the day. 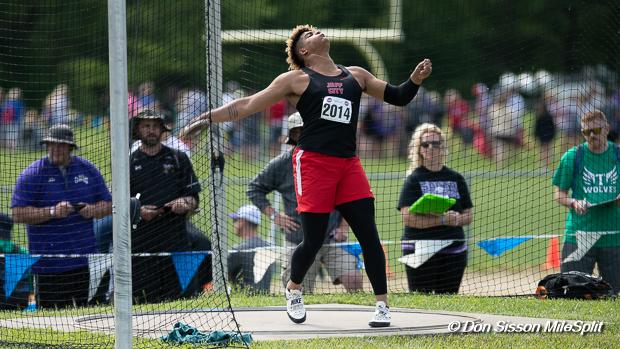 Devin Roberson won the first of what would be eleven State Medals for the Jays. Roberson entered the meet as the nations second ranked discus thrower with a PR of 206-1. On Saturday, despite a heavy heart, Roberson stepped into the ring a launched throws of 206-11 (Class 5 Record), then 213-10 (All-Class Record) in finals, and with his last throw he bombed a 218-03 which is the Missouri All-Class Record, State Meet Record, the top throw in the United States this year, and the seventh farthest throw EVER by an American High Schooler. An incredible performance but the MIZZOU signee. In addition to his State Championship in Discus, he was also the silver medalist in the Shot Put on Saturday. 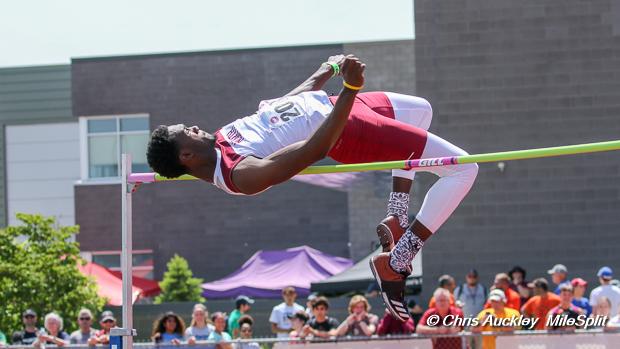 Lee's Summit North Senior Devon Richardson broke the Class 5 State Record in the High Jump on Saturday with a jump of 6-10 to secure the State Championship. In addition to the High Jump State Title, Richardson also brought home the gold medal in the Triple Jump with a leap of 48-3.5. 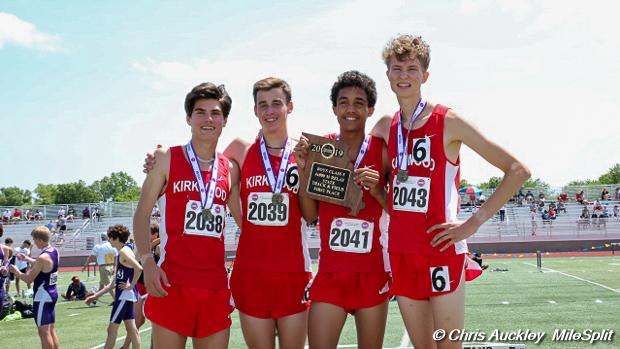 Christian Baker pulled off the 1600/3200 in style on Saturday as he won both races. He threw down a 58.49 final lap in the 1600 to secure the victory with a time of 4:13.03. As impressive as that was, his 3200m finish was even more spectacular. He threw down yet another 58 last lap to come from forth place to win it with a time of 9:16. He also was on Kirkwood's State Championship 4x800m team along with Jacob Ewen, Kaleb Owens, and Martin Strong who ran an incredible 1:50 final leg to win it for the Pioneers. 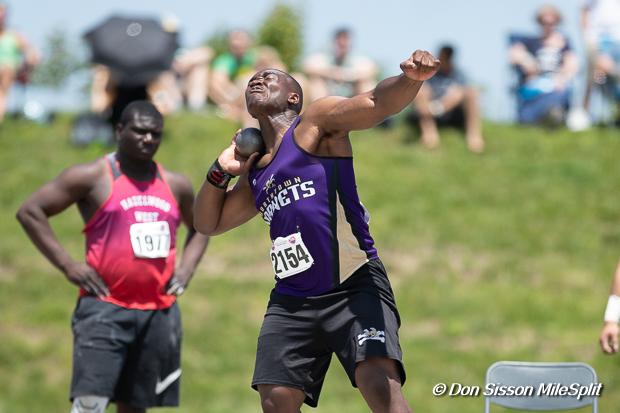 The North Kansas City Senior Adetomiwa Adebawore threw a big PR of 62-7.75 which is the Class 5 State Record and currently is ranked 28th in the nation. In addition to his State Title in the Shot Put, he also placed second in Discus with a PR throw of 186-4. 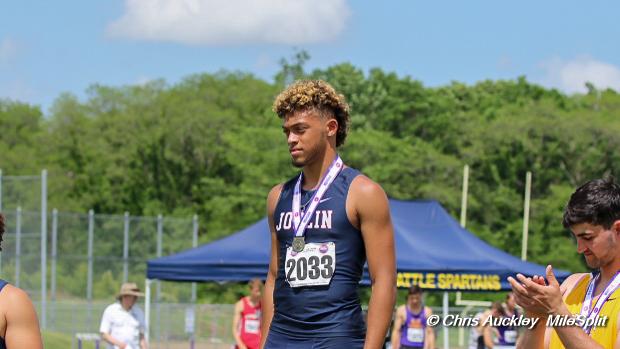 Joplin Junior Zach Westmoreland broke the All-Class State Meet record in Javelin on Saturday with a massive throw of 194-6 to earn the State Championship. In addition to being the top throw in Missouri, this was also the 36th best throw in the United States this year. 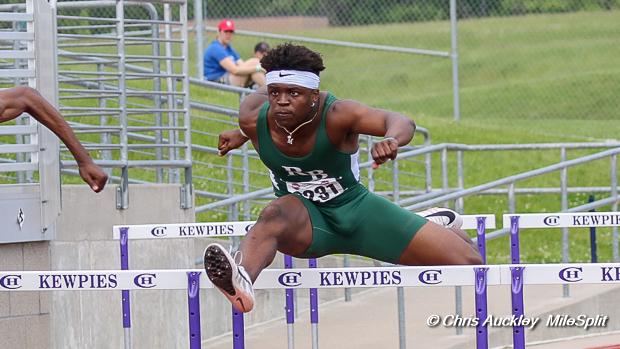 Rock Bridge Senior Martez Manuel broke the Class 5 State Meet Record on Saturday in the prelims of the 110m Hurdles with a time of 14.10. He also earned the State Championship in finals of the 110's, and placed forth in the 300m Hurdles. He was also on Rock Bridge's third place 4x200 and 4x400m teams. 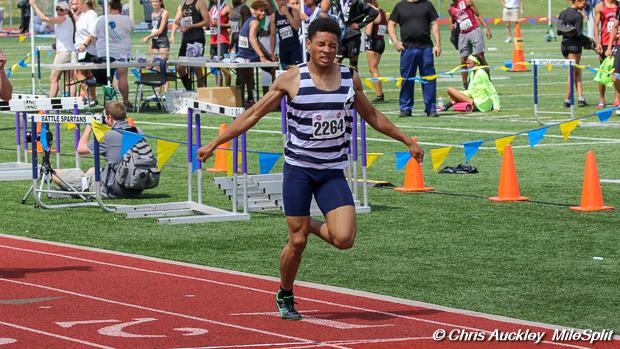 In a loaded 800m field, Lazarus Williams took home the gold with a time of 1:53.29. That time also broke the Class 5 State Meet record in addition to earning him a State Title. Williams also anchored SLUH's second place 4x800m team on Saturday. 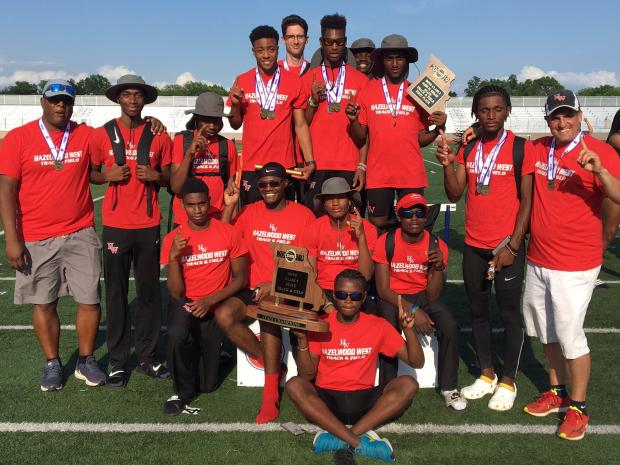 The Hazelwood West Boys won the 2019 Class 5 Boys State Championship on Saturday scoring 66 points. Justin Robinson brought home gold in the 100, 200, and 400m dashes while also anchoring their State Championship 4x200m with Brian Stiles, Aaron Holmes, and Matthew Kassa. Brian Stiles also took third placed in the 200m and was the runner up in the 400m, while Aaron Holmes was the runner up in the 300H. Charles Davis rounded out the scoring for West with a 5th place finish in the Shot Put.