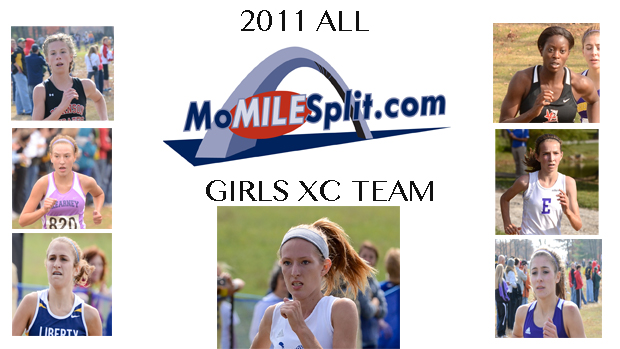 We are excited to announce our first All-MileSplit team for the 2011 XC season. As Missouri's premier media source for coverage of high school cross country,  we decided it was time name a team that reflected the achievements of athletes all across the state, regardless of geography and what size school they represent.  Congratulations to each member of the the first ever All-MileSplit XC team. 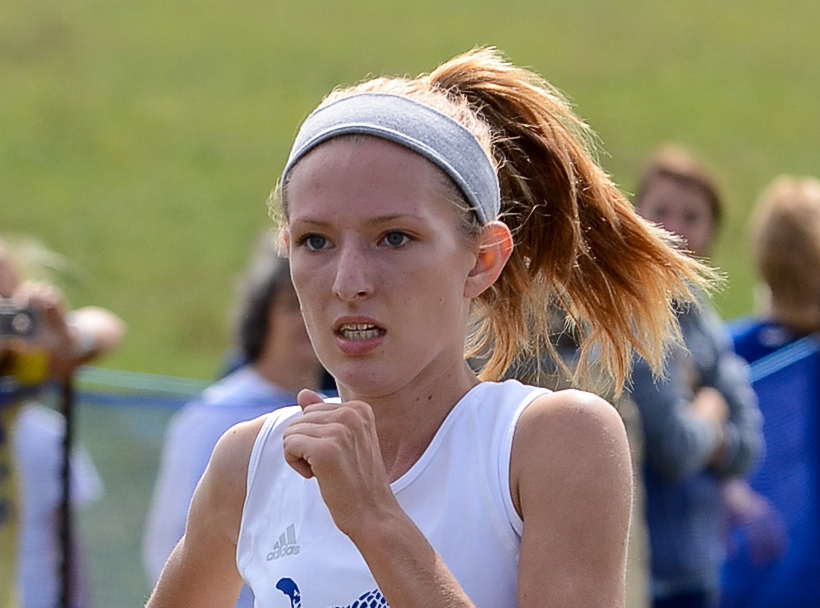 Nightingale had a phenomenal season capped of with an 8th place finish at NXN.  She successfully defended her state title going undefeated during the regular season. Nightingale Feature Story 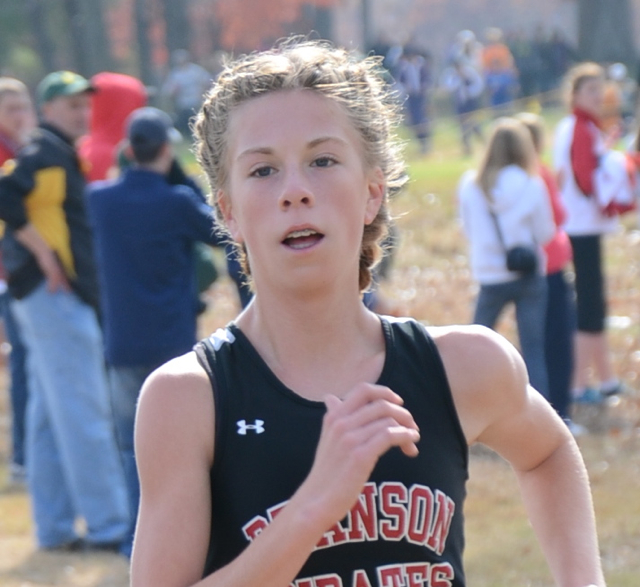 The Branson junior had a great year with a solid performance at state coming in third place behind Long and Nightingale. 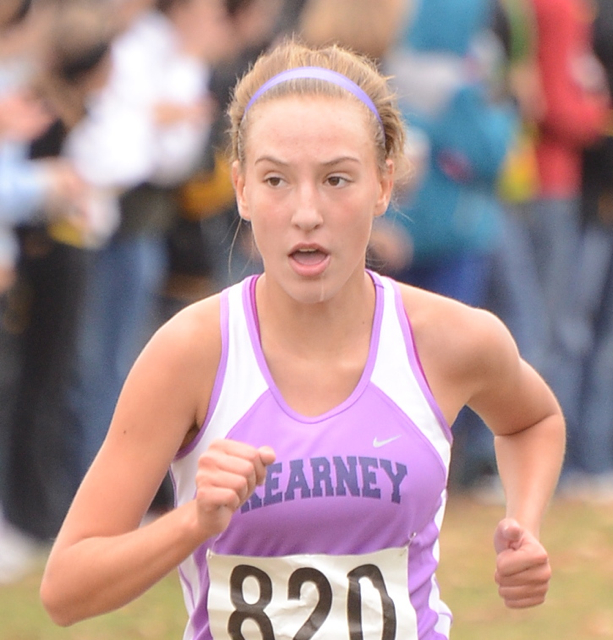 One of two freshman to make the first team, Franklin was victorious in the Class 3 girls race.  Franklin was 5th at KC Metro, but went on to lose only one meet after that. 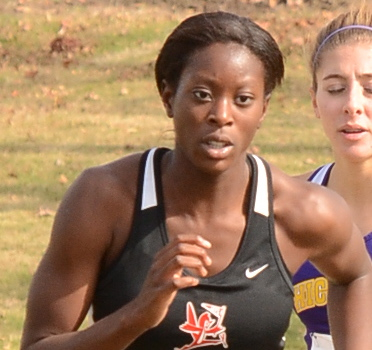 King had a consistently solid season with a fourth place finish at Forest Park, second at Richard Clark, and fourth in the Class 4 Girls race. 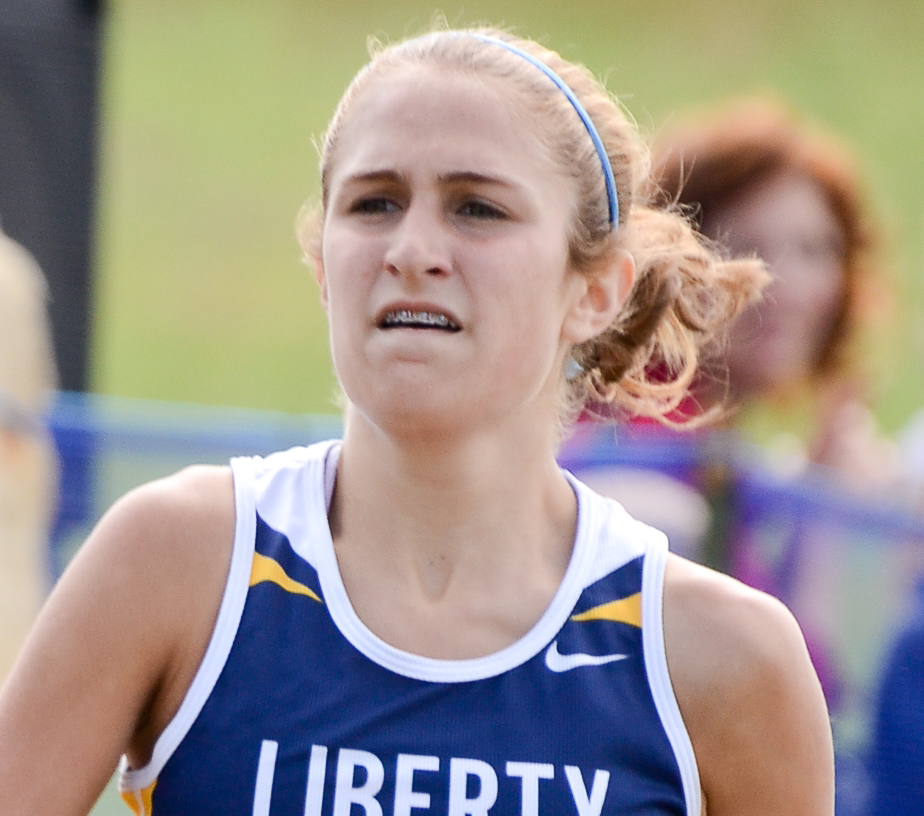 Laurenzo battled sickness down the strech but had a great season before then which included six victories in her first six races.  She went on to finish 5th in Class 3 at State while not being 100%. 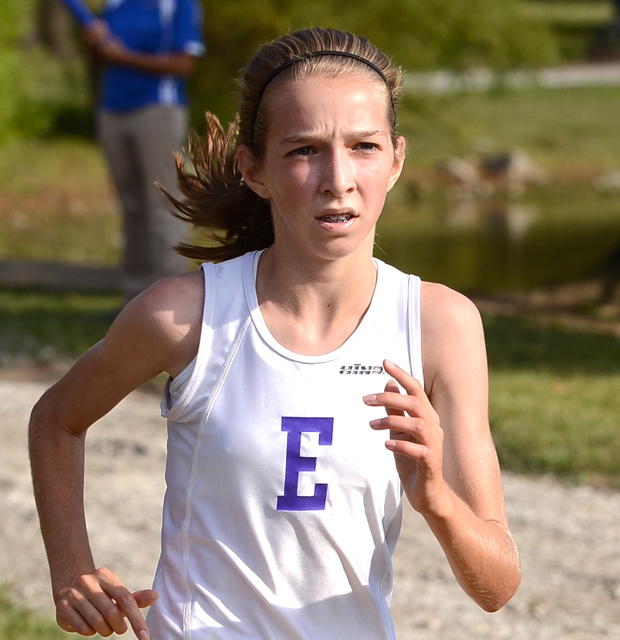 Long had an unreal freshman year that was started by a victorius debut at Forest Park where she set the course record with her PR of 17:47.  In her first run on the state course she placed second only behind Nightingale. 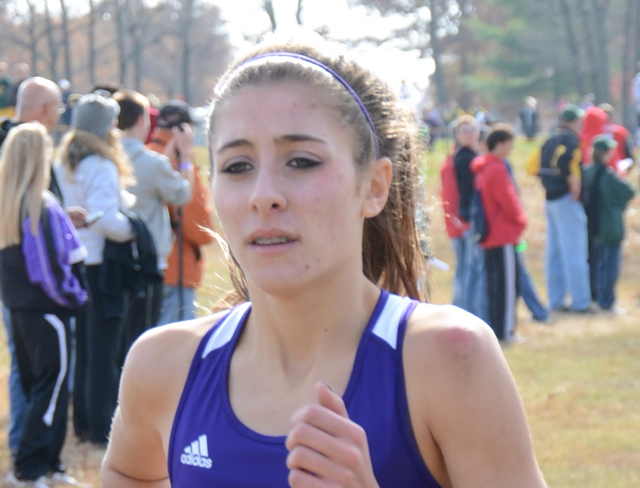 Mello is one of only three Missouri girls to dip under the 18 minute barrier.  Despite being tripped up at State she went on to finish 9th.  At Foot Locker, she qualified for nationals by running a PR of 17:43 to finish 7th. 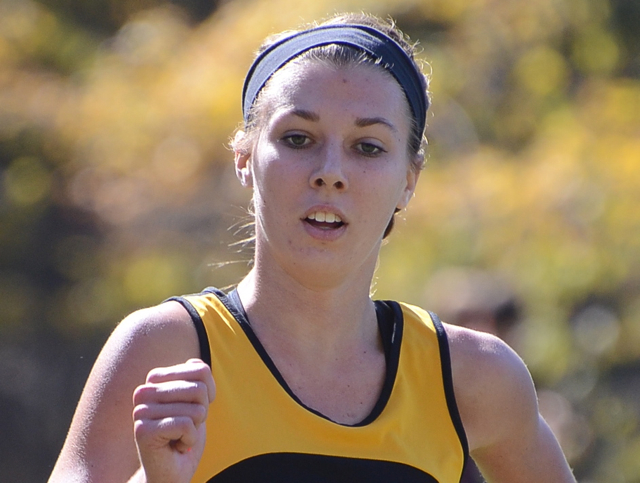 After finishing second last year, Barzowski won her second state meet this year.  She also was a key part of leading her team to the State meet for the first time in school history. 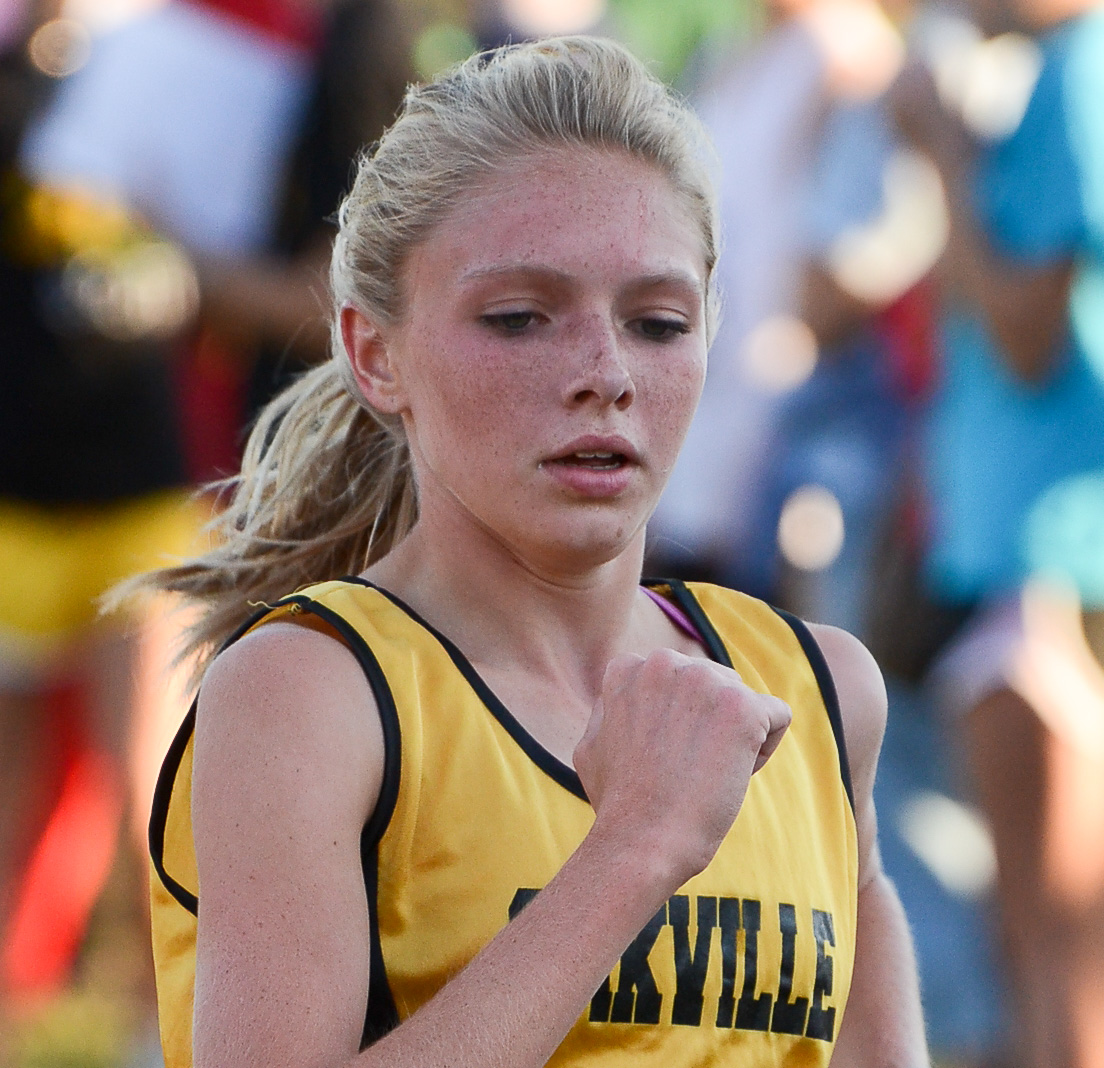 Brown stepped into the spotlight with a third place finish at Forest Park.  She continued having a breakout season with a victory at Hancock and capped it off with an 8th place finish at state. 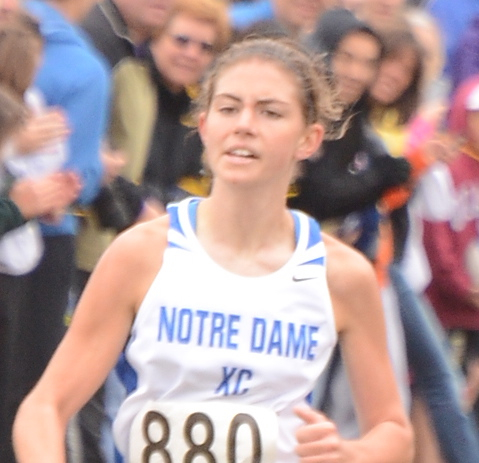 Kiblinger had a great last few weeks with two victories leading up to state and a third place finish in the Class 3 race. 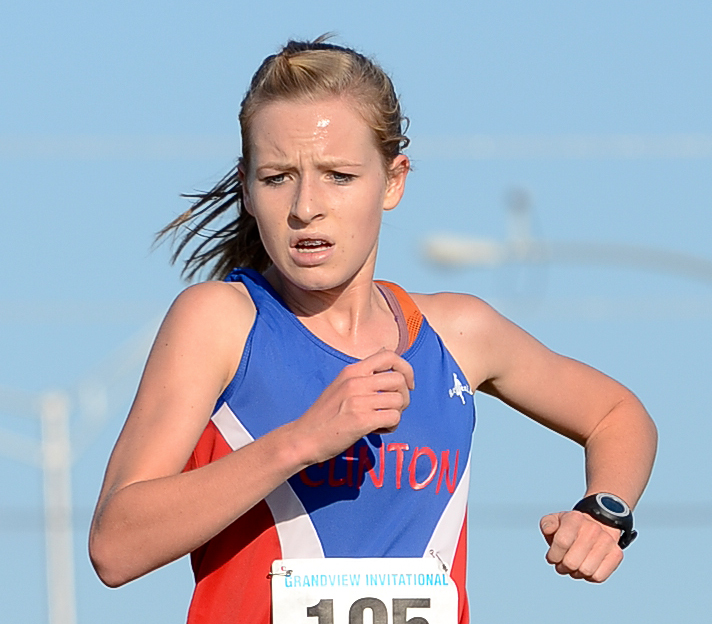 Lee only lost two meets this season; one to Laurenzo and a 4th place finish at State.  She won two meets in three days at one point in the season. 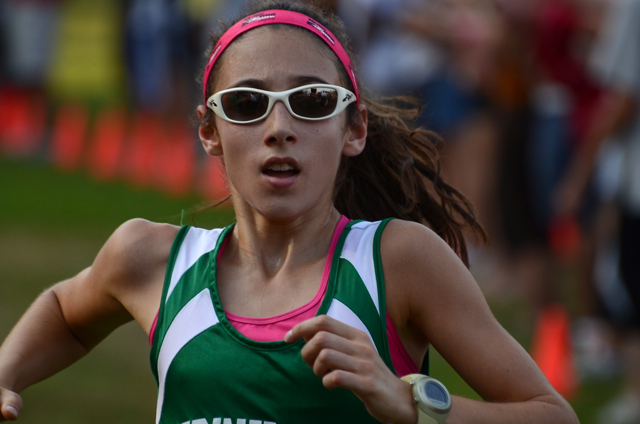 Racette, another freshman, had a successful first season highlighted by a 5th place at State in Class 4.  She also won four meets throughout the season and had an 8th place finish at Forest Park. 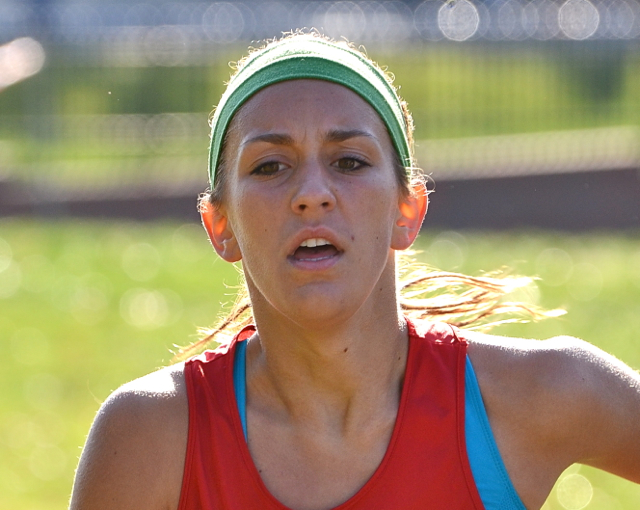 Richardson turned it on at the Parkway West meet to win.  From there she went on to finish second three times in a row then a 6th place finish at Class in the Class 4 race. 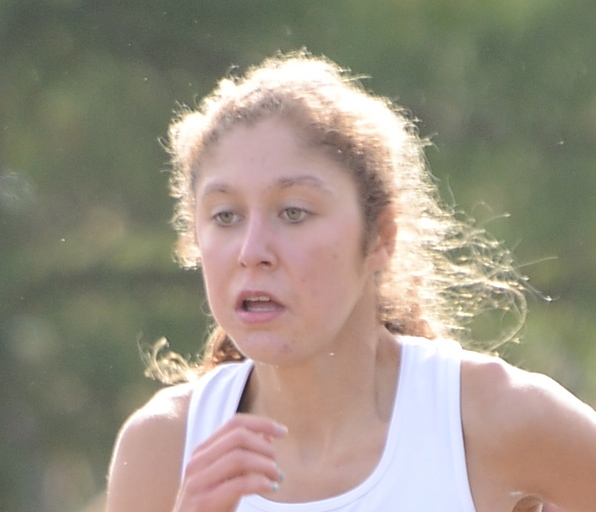 West led the Titans with a tenth place finish to yet another Class 4 team title.  Her PR comes from KC Metro where she placed third behind Nightingale and Kansas State Champ Alli Cash. 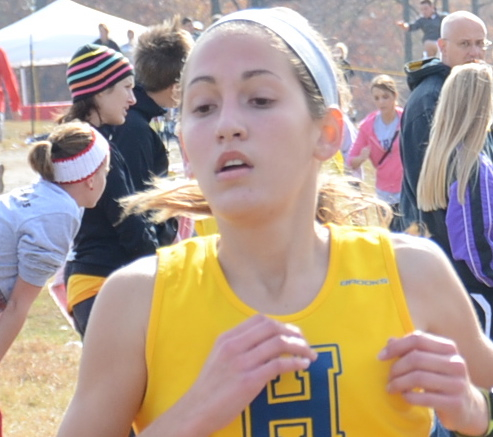 In her first season of XC Adams continued to develop throughout the season.  She finished, fifth, fourth, third, second, first, first and then 11th at her first State meet. 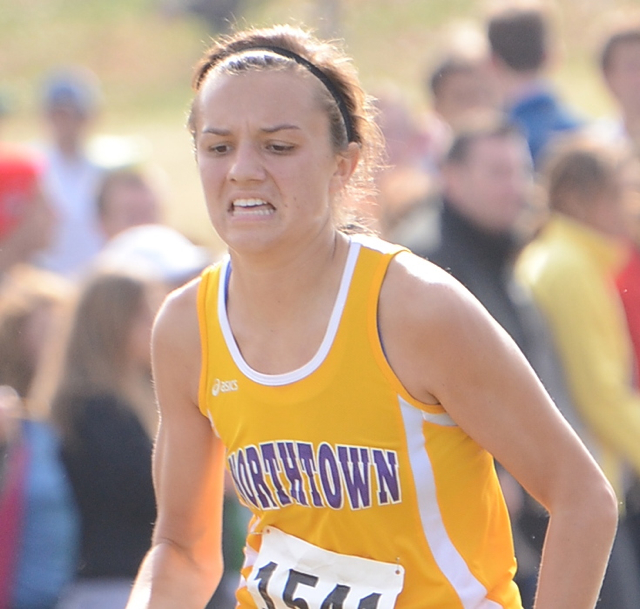 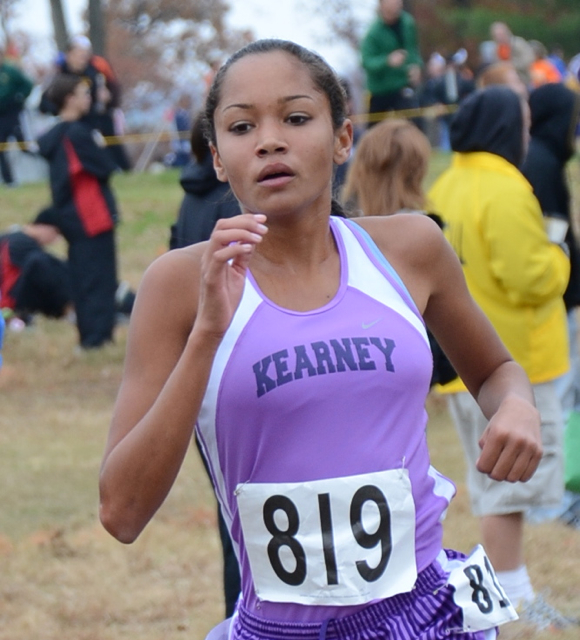 Edwards had a rough start to the season but quickly turned it around and finished second behind her teammate at State.  Franklin and Edwards 1-2 finish was a big reason why they were able to claim the team title again this year. 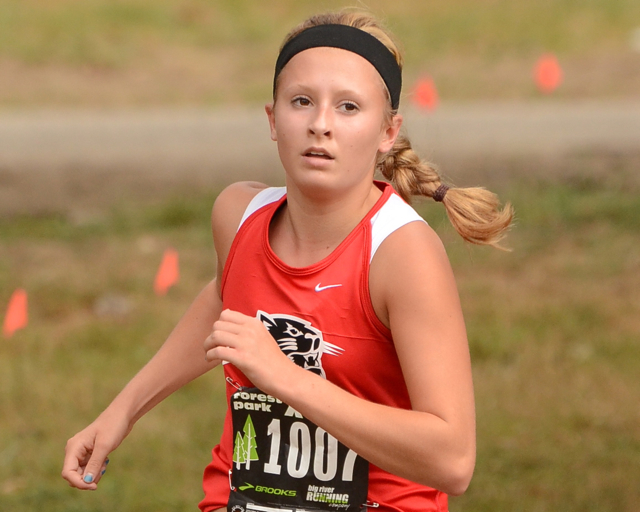 Fischer had a solid year winning the lower division in Forest Park, and then winning Hancock.  She went on to finish second at state for the second time. 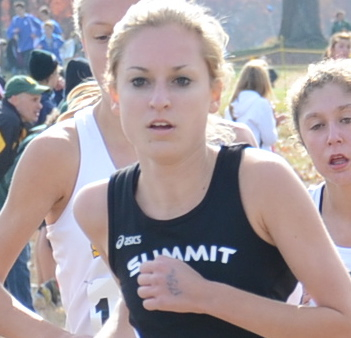 Jones had another successful season with a 7th place finish at Forest Park, 6th at Parkway West, and then 12th in the Class 4 Girls state race. 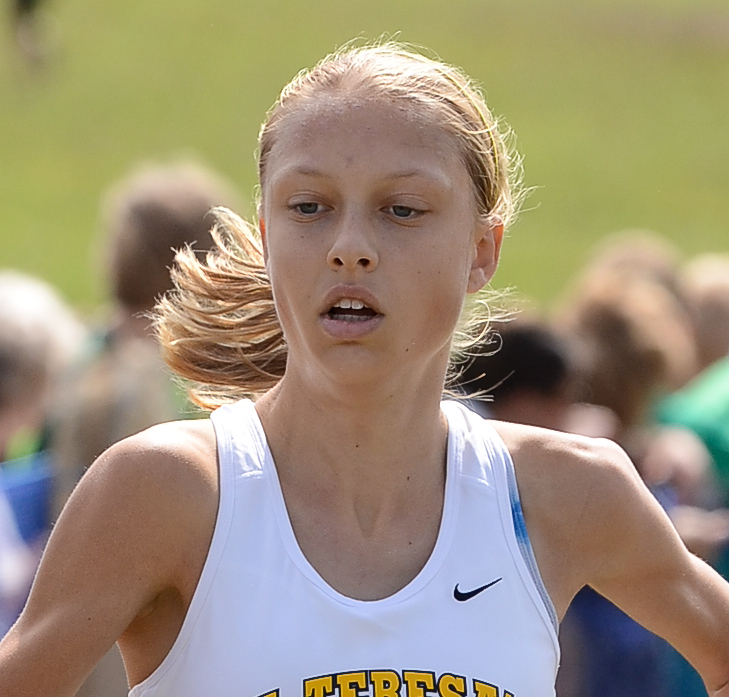 Maguire was in the mix at state, crossing the two mile in tenth place.  She fell and dropped to 37th but still had a great season. 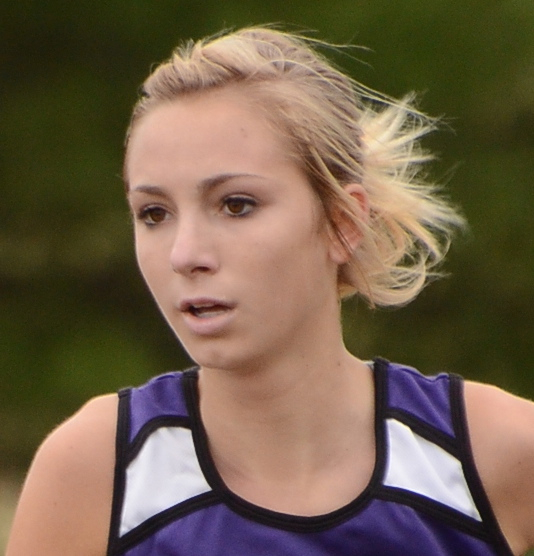