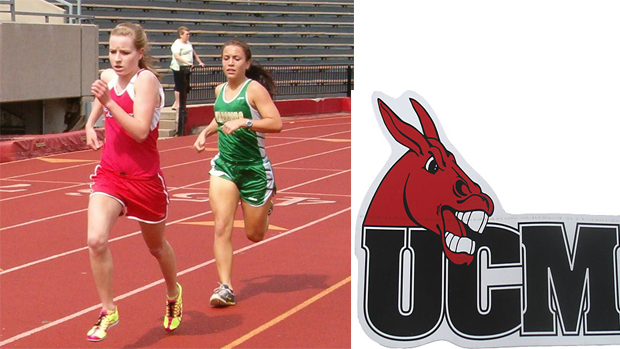 It was a great day for the Kansas City side of Missouri, starting off the season at the UCM Mule Relays. The weather made this a perfect day for the season opening indoor/outdoor meet, bringing kids in from all over the state. But what really made this meet interesting was the dominating performances by the underclassmen.  On the girls side, Sophomore Nicole Lee from Clinton led the way winning both the 1 Mile Run (5:21.10) and the 800 (2:28.11) meter run. Lee posted a phenomenal time to start this season off, following in 2nd for both races was Junior Katie Tuck of Smithville, who was less than a second behind Lee running 5:22.50 in the 1600 and 2:28.24 in the 800.

Inside the track center, freshman Gabby Hall of Blue Springs had a phenomenal start to her high school career by winning the open 400 dash with a 1:00.19 and also was the anchor on the winning 4x200 team.

Elizabeth Shore of Warrensburg also posted a huge throw of 37-7 in the shot put, placing herself as one of the top competitors in the state.

On the guys side, Kolton Sheldon, Simon Belete and Cole Rockhold came out strong and sent a message out to the East side of the state. He went out strong and had a clean victory in the 800 meter run going 2:00.57 indoors. Outside Junior, Simon Belete, grabbed the lead and didn't look back winning the boys 3200 meter run in a dominating fashion with a 9:44. One of the biggest surprises today was Sophomore Cole Rockhold, who missed this past cross-country season due to medical complications. Rockhold had plenty of competition on this stormy day winning the 1600 in 4:31.5 and was closely followed by the dynamic duo of Blue Springs. Junior, James Barnett finished 2nd with a 4:33.0 and Freshman Stephen Mugeche was half a stride behind with a 4:33.05, making himself a surprising force to be reckoned with.

Back in the indoor track facility, Antonio Smith of Lee's Summit won in style in the boys 400 dash recording a 51.90, over 1.4 seconds ahead of the 2nd place finisher.

The jumpers down at UCM also had a field day starting off with Deiondre Hall of Blue Springs jumping 6-7 in the High Jump and then coming back with a strong 2nd place finish in the long jump with a 23-3 behind Class 3 powerhouse jumper Tyler Lamb of Smithville who won the event with a 23-5.

Skyler Frazier started off his season right with a outstanding mark in the shot put. Throwing 54-4, Frazier of Willard High School is preparing himself for a outbreak season.

Also making a name for themselves by winning a strong majority of the races and events was Blue Springs High School. Blue Springs dominated boys jumping, boys distance, the boys 4x200 relay, the boys 4x400, and the girls also made a statement winning: Girls Pole Vault, Girls mid distance, Girls 4x200, and various other events with top six performances. With this tremendous start, the Wildcats put a strong front on as they head to the Ron Ives Invitational on Friday at Liberty High School.