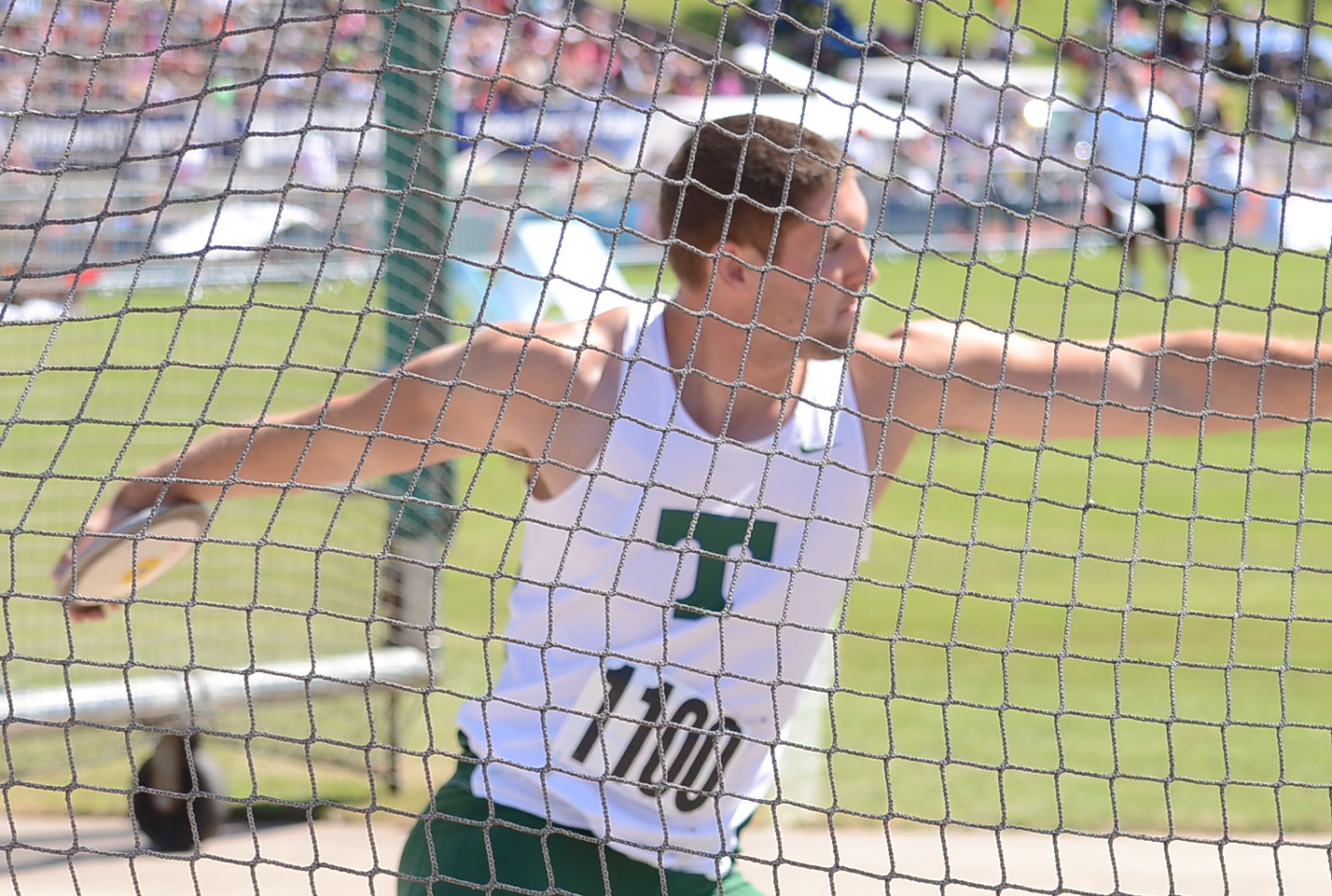 JEFFERSON CITY, Mo. – There was some good-natured joking in the media tent to be alert for a potential inbound discus that could send the journalists scrambling.

Timberland senior Josh McDonald didn’t quite reach the tent, but he did launch a winning throw of 188 feet, 8 inches to stand atop the Class 4 podium for the second consecutive year.

McDonald will shift his focus to the shot put, where he finished sixth place at last year’s state meet. He enters the competition with the best sectional seed distance of 59-8. Earning gold on Friday should relieve some pressure for his second event.

“It gives me more confidence, and I can settle down a little bit, and I can go into the shot tomorrow with a clear mind,” said McDonald, who signed with Wisconsin. 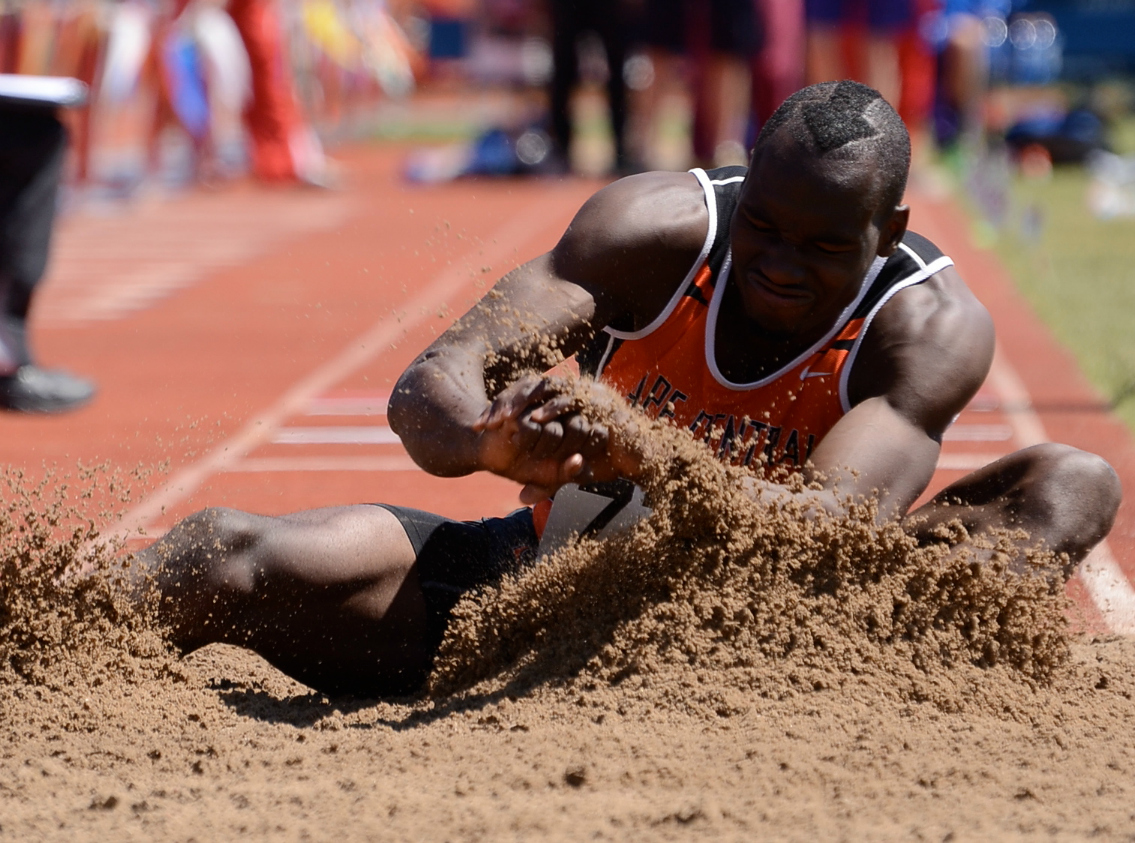 Martin’s coach, along with input from a former Central jumper, tweaked his approach and are already seeing results.

“Right before sectionals we changed a lot of things – my approach, the way I jump, keeping my legs dorsal flexed – and during sectionals I couldn’t get it all down,” Martin said. “I was trying to long jump and triple jump at the same time, and I ended up not doing as hot as I wanted to do.”

Martin said he owns a PR of 48-2, and he had hoped to match it at the state meet.

“It does matter when you look beyond the picture, when you look at the colleges and how far they want you to jump,” said Martin, who has drawn interest from Louisville, Oklahoma and SEMO.

Martin has target the New Balance Nationals this summer as another chance to push that PR even further. 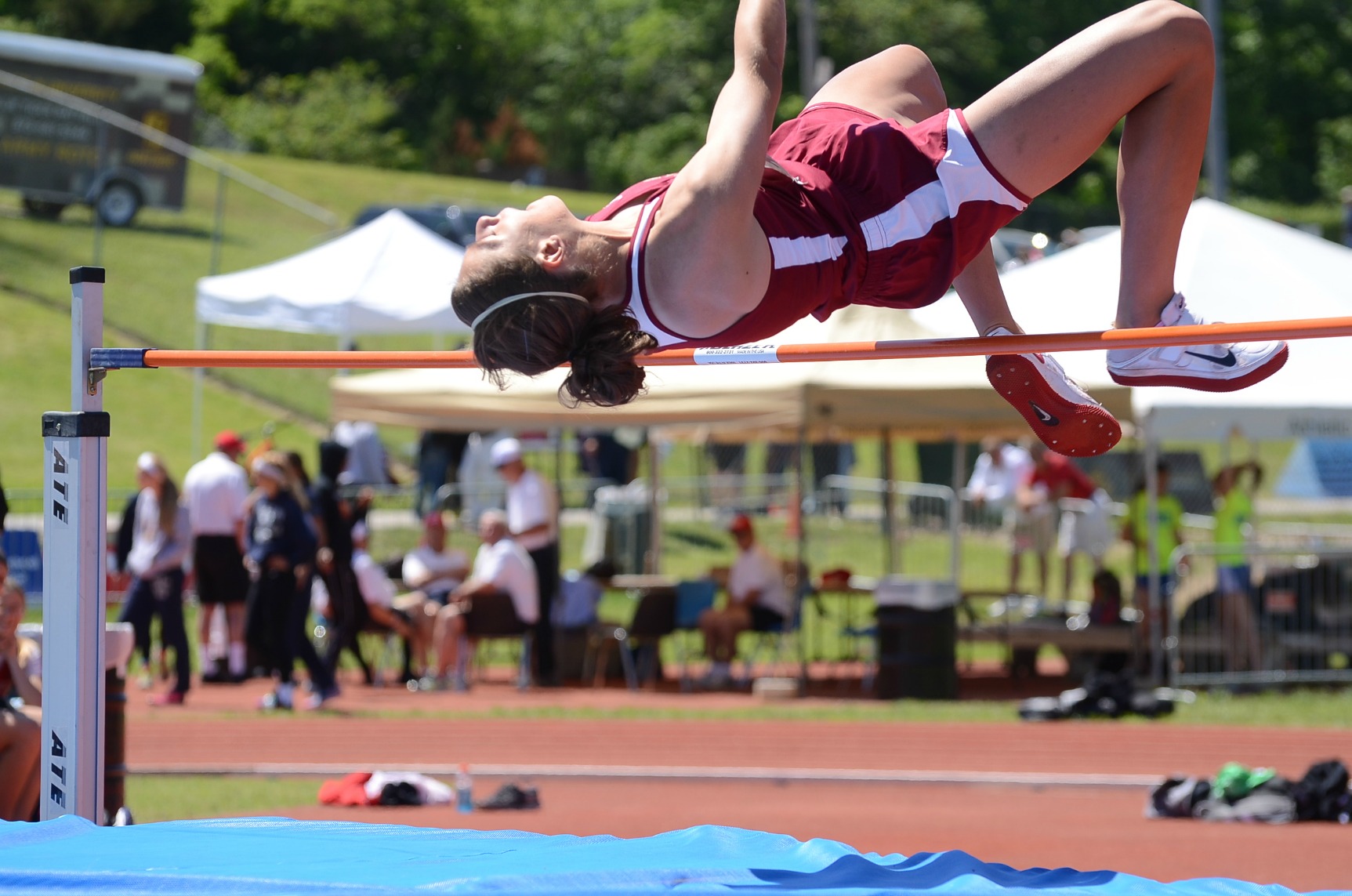 Eldon sophomore Sara Rhine has been consistently at 5 feet, 7 inches, and it was enough to win her second Class 3 high jump title.

Rhine said she quickly dispatched any thoughts of pressure as the defending champion and focused on the meet at hand.

“I felt a little bit, but that was toward the beginning,” Rhine said. “I thought through it, ‘There’s no need for pressure.’ My main goal was to come in and have fun. So I wasn’t nervous. I just did what I know how to do and what I practice all year.”

Rhine took her attempts at 5-8 and a class record, but she clipped the bar with her legs on the first attempt and could not get any closer.

California junior Sydney Deeken won the event in Class 2 last year, but she had a slow start to her meet and could not find her rhythm in the high jump. She cleared 5-2 for seventh place. Deeken did come back and win the triple jump at 37-4 ½, giving her gold medals in two classes.