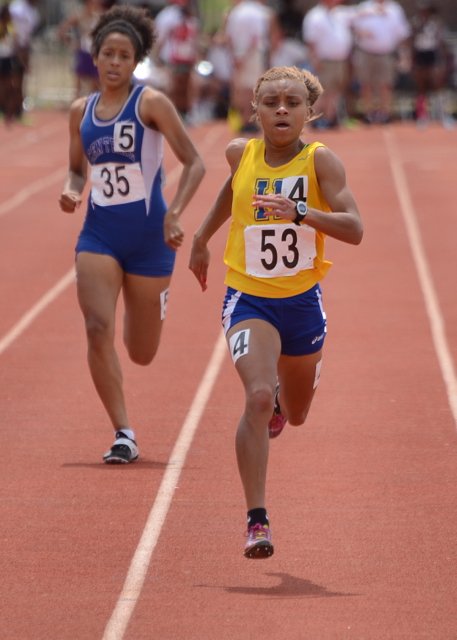 Howell’s Whitney Adams has been a mainstay in the event in Class 4, and Lutheran South’s Maya Cody is picking up the Class 3 reins.

Adams displayed one of the biggest ranges imaginable during her senior year. Last fall she finished seventh at the Class 4 state cross country meet. At the Class 4 Track and Field Championships, Adams captured third place in both the 100-meter dash (12.19) and 200-meter dash (24.88).

“I wanted to go for (the record Friday) because it was only my second race of the day and it was good weather, but I just didn’t get it,” said Adams, who signed to run at Kansas. “I’m a little tired today and have a lot more races to go, so I thought I’d pull back on the 400 today. I thought it was smart, especially if we’re going to go for the win. I can contribute more to my team in the (1,600 relay).”

Adams ran a PR time of 54.37 during Friday’s 400 prelims, just missing the Class 4 record of 53.84. She came back Saturday and also ran a monster anchor leg on the 1,600-meter relay (3:49.06) to overtake first place and score the 10 points needed to move Howell to third in the final team standings. 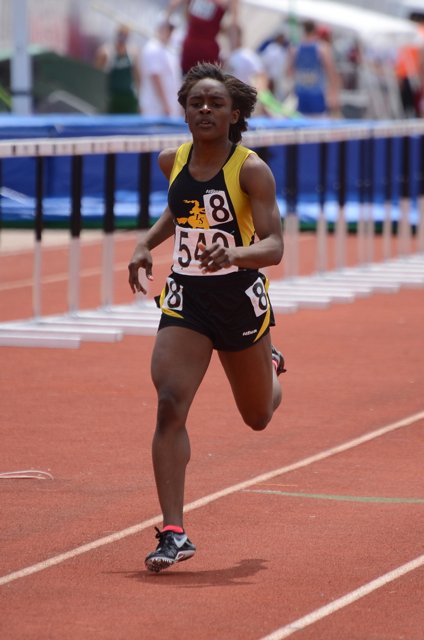 “I ran summer track and did a lot of training for the 400 to help me in my other races, but I started to like it,” Cody said after capturing her first career gold medal.

Cody also ran a leg on the second-place 400-meter relay. All of her points helped Lutheran South secure second place in the team standings.

Cody said she doesn’t have plans to lengthen out her training to include cross country like Adams did.

“I don’t know about that one,” she chuckled.