A week after the Class 3 & 4 State Championships Missouri Track athletes are still competing across the nation. Team Missouri had a strong showing at the Great Southwest Classic in Albuquerque, New Mexico.  In State, the High School Distance Challenge saw some quality performances in the distance events.

Also this weekend begins some AAU and USATF Meets which we will have results posted for as soon as they are available.  Track season isn’t over yet! 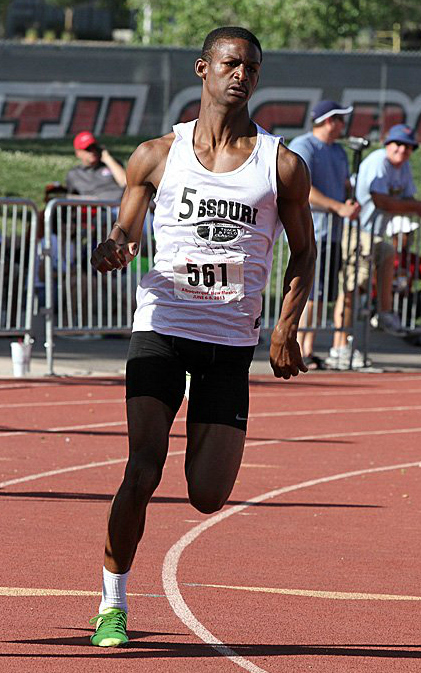 As always, the sprinters and hurdlers benefited greatly from the great completion and the altitude.  Shaelyn Grant, second in both the hurdle events in Class 4, posted times of 14.27w and 42.95, both of which are new Missouri Bests.  Michael Wells had probably the best showing of the weekend running 10.47w and 21.19w. Maya Cody added a PR in the 200m, running 24.57w, which puts her at #4 in the rankings. Three-Time Triple Jump Champ, Nataliyah Frair, won the event, jumping 39-8. She also finished second in the long jump with a mark of 19-4.75.  Charles Jones moved down from his best event, the 800, the run a 47.88 in the 400m, good enough for fourth and the best time in the state by over half of a second. The meet, which has a handful of solid performances, saw mostly out of state kids win events, with the only event with a victor from the Show-Me state being the 800m (an event with only one finisher).  Colorado native, Bailey Roth, blazed a quick 4:15.42 full mile with Oklahoma’s Chris Lowery also dipping under 4:20.  The Girls Mile was won by Iowan Karissa Schweizer in 5:03.41 after a slow first quarter.  A trio of Kansas City girls finished not far back with Courtney Coppinger (5:11.10) beating a pair of Lee’s Summit West Titans, Kennadee Williams (5:11.28) and Elizabeth Nolke (5:16.52).  The two miles told the same story – too fast of a pace. The girl’s mile was won by Regan Ward who came back from Oklahoma after finishing fifth at the Festival of Miles.  Her quick 5:10 first half led to a much slower second half, finishing in 10:59.93.  The best showing from a Missouri Girl from the meet came from this event with St. Teresa’s Ann Campbell running a new personal best 11:12.05 to finish second.  Sam Guinn, Kansas State Champ, went through the half in around 4:30, aiming for a sub-9 minute performance.  He ended up with a respectable 9:16.51 showing.