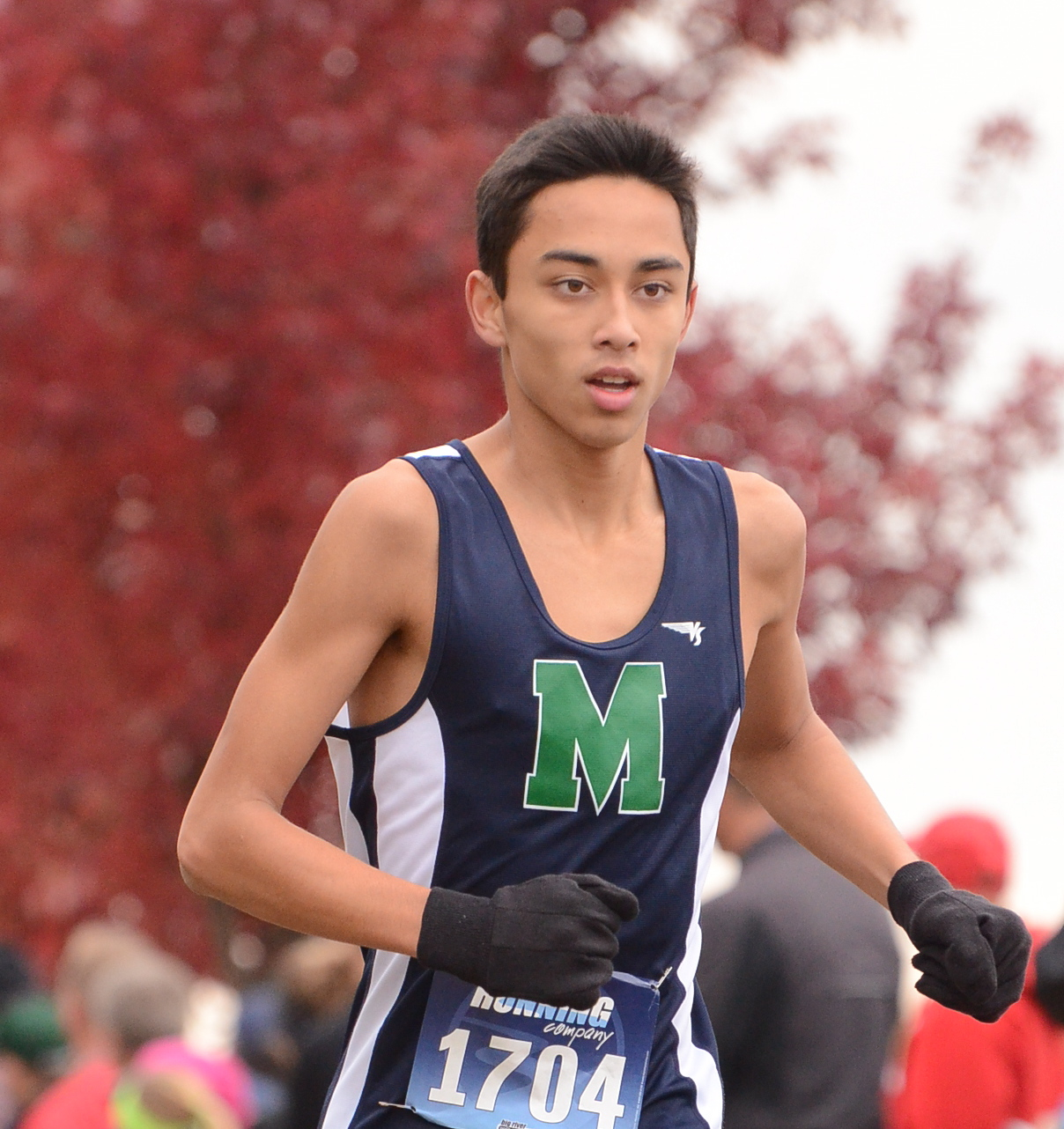 ST. LOUIS – Marquette senior Noah Kauppila can look good even on a bad day.
Kauppila said he never felt comfortable Saturday, but that didn’t prevent him from defending his Class 4 Sectional 1 title at Parkway Central.
Kauppila was challenged through the first half of the race, and he didn’t start to shake DeSmet’s Austin Del Rosso until the final mile. Kauppila finally started to pull away after the last pass through the woods and finished in a winning time of 15:53.
“I didn’t really get into the groove at all this time,” Kauppila said. “We have to practice not getting used to something. It was a rough week with coming back from Oregon and the time change, and we had a tough workout Wednesday. I’m just trying to get back in the groove, and we’ll see what happens next week.”
Kauppila was returning from his last official recruiting trip, having also made visits previously to Stanford, Princeton, Georgetown and Oklahoma State. He said Saturday’s sectional was a perfect tune-up for next week’s state meet in Jefferson City when he has to adjust to having runners around him again.
It also helps him formulate a strategy for attacking the Oak Hills course, but he’s pretty sure he won’t try to take the early lead like he did last year.
“It helps me get used to running with someone right behind me,” Kauppila said. “It’ll let me get used to other things that might happen at state. I’ll probably take a different strategy. I don’t think I’ll be taking it out most likely. We’ll see how I feel. Maybe if I’m feeling great, I’ll go for it. It all depends on the day.
“So many things can happen, and you never know. And that course always plays its magic on somebody, so we’ll see what happens.”
Del Rosso said his goal was to keep Kauppila within striking distance for as long as he could.
“We all know Noah is one of the best runners in the country. That was definitely a goal – to stick with him as long as I could,” said Del Rosso, who finished runner-up in 16:03.
The 20-second course PR gives Del Rosso an added bit of confidence going into the state meet.
“It’s a huge confidence boost,” Del Rosso said. “I ran 16:20s here last year, and I was happy with my finish at state. So I think coming in this week and running in the low 16s will give me a good boost for next week.”