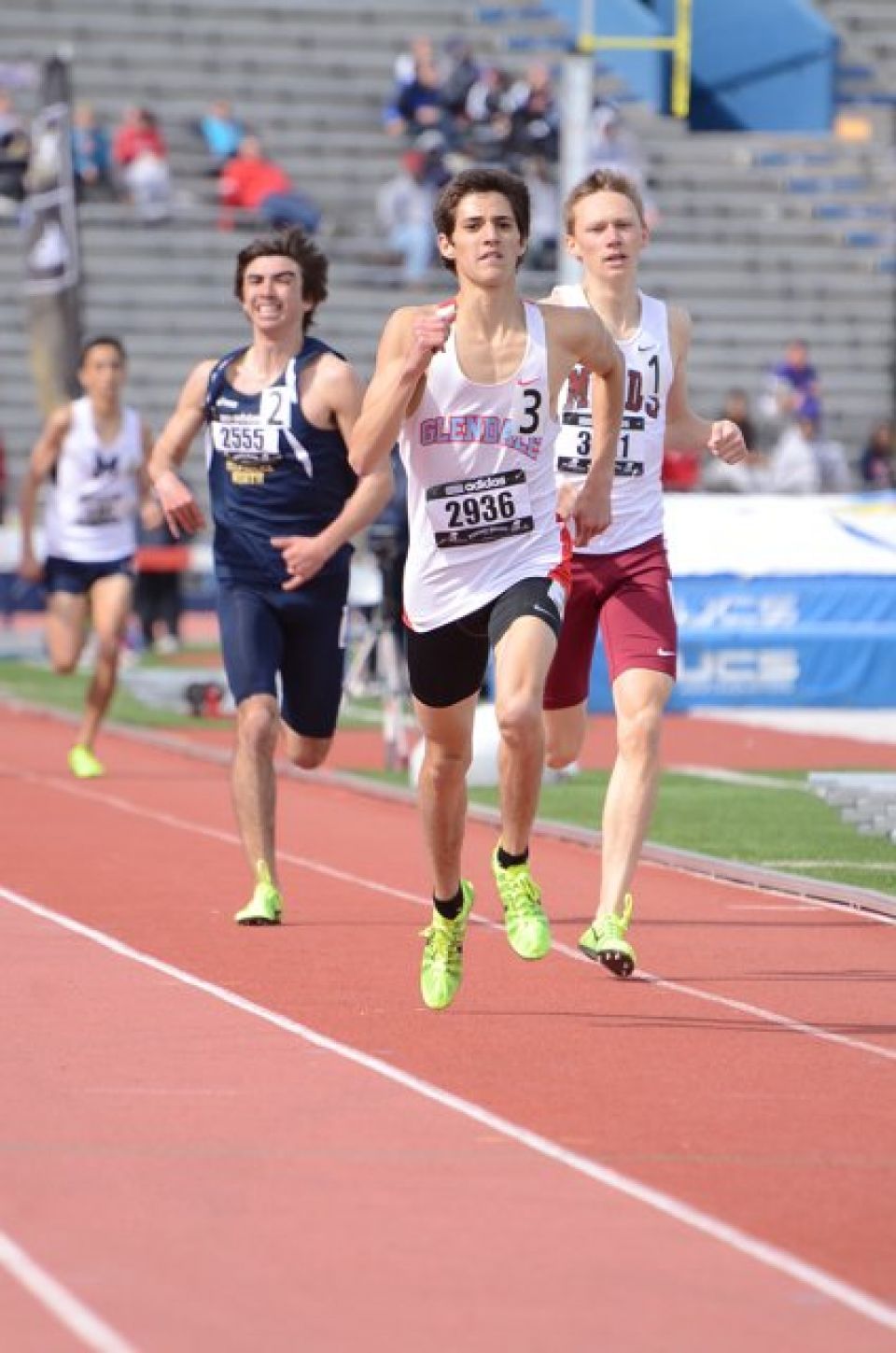 In just a few months, Glendale's Spencer Haik will be packing his bags and moving to the Big Apple but this weekend he hopes to add an early visit to New York City as a member of the 2014 Dream Mile. The Columbia University recruit is a two-time Missouri Class 4 Champion in the 1600 in addition to winning the prestigious Kansas Relays and Festival of Miles last year.  He's coming off an impressive 4:10.99 last weekend in a solo effort and looks forward to returning to Lawrence for the 2014 Kansas Relays.

Spencer was unable to attend the 2013 Dream Mile as the race was the same weekend as the Missouri State Championships but as the 2013 KU Winner Haik was given a deferral to 2014 providing he hits the qualifying time standard of 4:09.55 this season.

We asked Spencer a few questions this week as he prepares for the Kansas Relays.

MileSplit: You come into KU as the defending 1600 Champion - Does that put any additional pressure on you?

Spencer: I'm trying to focus more on just having fun this season and enjoying the pressure and using it to make me the best athlete I can be.

MileSplit: Two time state champ in the 1600, KU 1600 Champ, Festival of Miles winner, Is it fair to say this is your favorite event?

Spencer: I love the sport of track no matter what event I'm running. The 1600 just so happens to be the event that I do the best in but I push myself to meet goals in every event I run.

MileSplit: This year you added the 3200 on Friday - Tell us about that decision.

Spencer: I want to try to break Chris's 3200 school record (9:06.86) that he set at state last year. I have never really ran the event competitively, but I decided before season that with my cross strength I wanted to try to put up some competitive times in the 3200.

MileSplit: You ran a 4:10 last weekend and some reports said you were a little disappointed after the race. Why?

Spencer: It was a solid early season time and I wasn't mad, just upset because I want to qualify for dream really bad and I wanted to get the time (4:09.55 qualifying standard) out if the way so I didn't have to worry the rest of season. But I will get the time this weekend at KU.