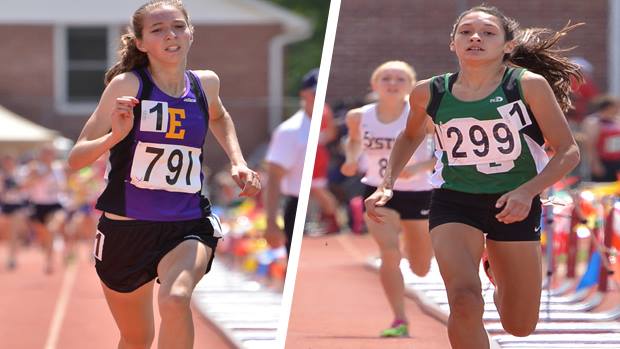 JEFFERSON CITY, Mo. – It took 25 years to topple Megan Thompson’s 1,600-meter record. It took less than 10 minutes for that mark to fall again.

Eureka junior Hannah Long took off on her own early in the race Friday, and she kept nearly even splits throughout to erase Thompson’s 1989 record of 4:47.53 with her own 4:46.21 at the MSHSAA Class 3-4 Track & Field Championships at Lincoln University’s Dwight T. Reed Stadium.

“The goal was to be conservative the first lap so I would have a lot left at the end,” Long said. “I pretty much did even pacing, and that’s what we’ve been working on in practice. All I can do now is work on my finish.

“I was leaning for a 4:44; that’s what we worked on in practice. I was so excited to have that record because I was so close last year (4:49.53), so yeah, I was happy. Maybe a little (disappointment), but I’m still happy with my own performance and that’s what counts.”

While Long was on the podium receiving her Class 4 first-place medal, Ste. Genevieve sophomore Taylor Werner was chasing down Long’s newly-established time. Werner had help pushing the pace through the first three laps in Festus senior Jamie Kempfer, and Werner finally broke away on the last lap to drop a 4:44.26 and establish an even faster 1,600 record.

“I was shocked,” said Werner, who moved to No. 5 in the national ranking. “I saw the time, and I kind of freaked out there the last 10 meters. I still can’t register it in my mind.”

Long had nothing but praise and admiration for the girls in the Class 3 race.

“I just love watching (Werner) and Jamie,” Long said. “It’s awesome to have them right here in Missouri because they’re such great competitors.”

Kempfer also ran a strong race and finished runner-up to Werner in 4:49.27, which eclipsed the Class 3 record set by Festus alumna Alyssa Allison in 2008.

“I knew (Werner) wanted to get the record, but my goal was to hang on and stay with her as long as possible and try to beat her if I could,” Kempfer said. “I knew (Long) was going to get it; it was inevitable, and I was pretty sure Taylor was going to get it after her. I knew no matter what the race was going to be fast, and I was ready for it.”

Long had a chance to meet Megan (Thompson) Daniels following the race, and the two enjoyed a special exchange and reveled in what the moment meant.

“She’s just an awesome person, and I told her we talk about her record all the time,” Long said. “It was so great to finally meet her. She was very excited and said she was honored that I got to break her record.” 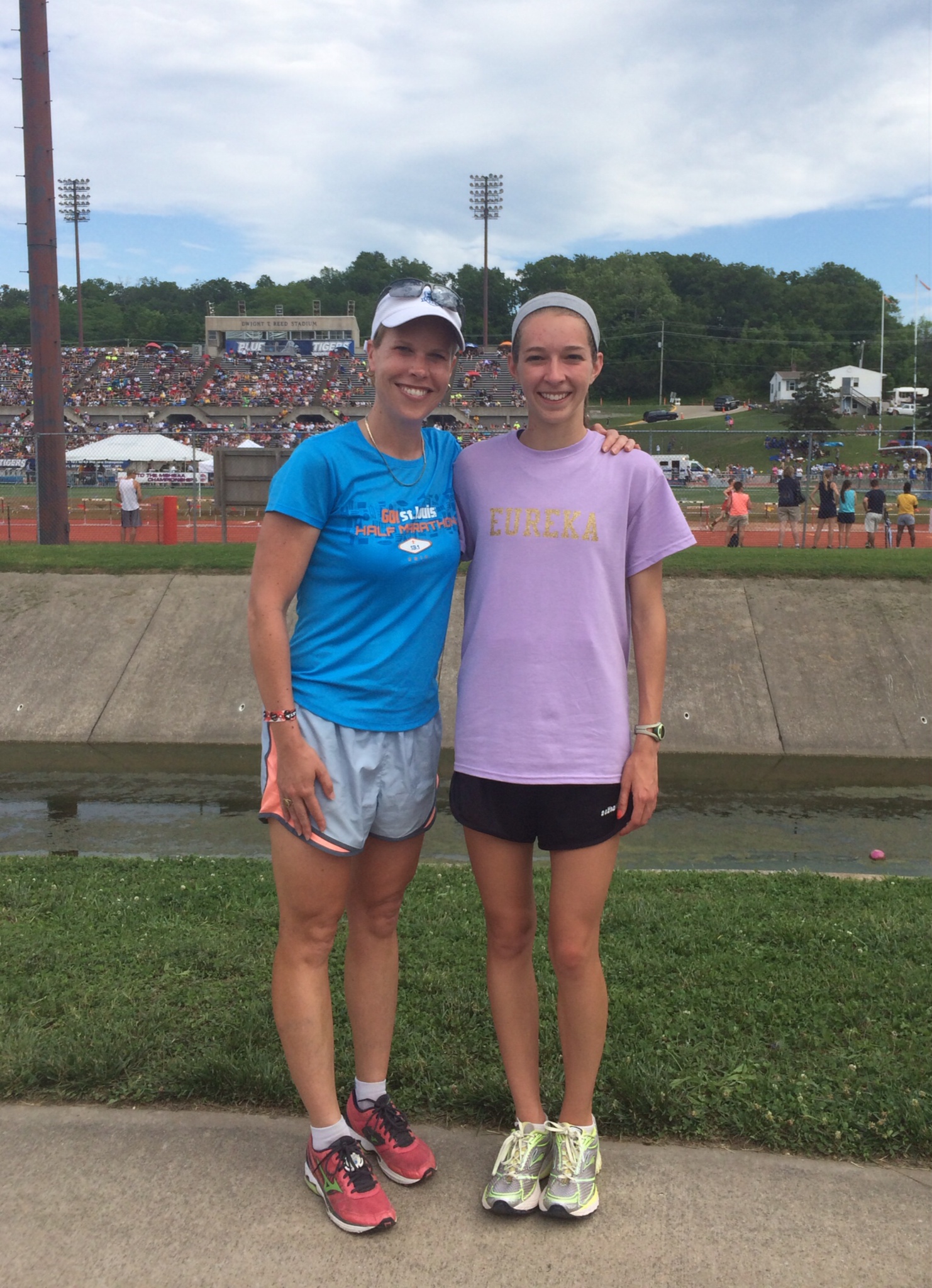 Daniels said it was her first trip back to the state meet since 1990 and that she felt she had to be there for what everyone was anticipating to be a record-breaking day, and she admitted that she was surprised the record had stood for so long.

“I knew (Long) was always going to get it, and then when she ran a 4:45 at the start of the season I thought, ‘I need to get down there,’” Daniels said. “I wondered if there was any chance for a double record breaking day, and it was amazing. Technically, it should’ve fallen years ago.

“I think I had time to process it when Emily (Sisson) was so close. I wrapped my mind around it, and with all the young runners coming up it was meant to happen. Initially, it was going to be bittersweet. But today, it was sheer joy. Hannah’s a wonderful and humble athlete.”

Eureka coach Kally Fischer raced against Megan during their prep days, and the two approached MSHSAA about letting Daniels award the state medal to Long. MSHSAA denied the request.

“I was surprised, but I understand them not wanting to set precedent,” Daniels said. “But how often does that happen where the ‘old’ athlete is there when their record falls and could recognize what the ‘young’ athlete just did?”

All the record setters returned to the track later in the afternoon for the 800-meter run.

Long separated from the field after the first lap and won convincingly in 2:10.78.

The third-place runner, Lee’s Summit West senior Annika Sisson ran her 2:15.20 in the “slow” heat despite having a sectional time that was faster than one of the runners in the “fast” heat. This was the first year MSHSAA ran the 800 as timed timed finals after utilizing preliminary heats for the past few years. Sectional champs and the next four fastest times were seeded into the “fast” heat.

“We figured it was all going to work out in the end because maybe the benefit of the slow heat was not getting pulled out too fast,” Sisson said. “As soon as you realize the heat today, no one was going out fast, and you feel it would’ve been nice to be in the fast heat to be up there with Hannah and Sabrina (Monsees).

“I always run better when there’s someone in front of me pushing me than someone behind me chasing me, so it would’ve really been nice to have Hannah in my heat.”

Werner said the Class 3 race got held up a little bit in the bullpen, which caused the runners to get a little anxious and start quicker than they should have. The reality of the pace and having run previously quickly became apparent and the pace slowed. Werner won in 2:15.18 after a first lap 1:04. Kempfer, who finished fourth in 2:18.56, said the fast start definitely affected the race.

“I think I hit like a 63 first lap or something crazy like that, and I was in sixth place at the time, so everyone was hauling,” Kempfer said. “I think that really hurt us all and that’s why our times were slow, but all in all I was happy I got fourth.”

Kempfer expressed her dislike the 800, preferring instead to grind out the 3,200, which she will do on Saturday.

“I just wanted to get through this day; I’m just really excited for the 3,200 tomorrow,” Kempfer said. “It’s my favorite. I don’t have a specific time (goal). Obviously I want to PR. I just want to go out there and race hard because I really haven’t raced that very hard this year.

“Taylor and I are really good at pushing each other. We’ve ran it a few times with each other, and both times we just relaxed it and talked, so it’s going to be weird running a real race with her.”