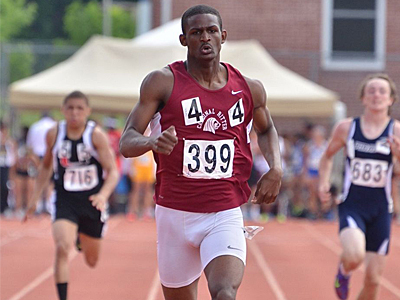 This year he added the 400-meter run for the first time since his freshman season, and he let it be known that he was targeting the 2003 record of 46.81 held by Jefferson City’s Domenik Peterson during Friday’s prelims at the Class 3-4 MSHSAA Track & Field Championships at Lincoln University.

Jones had a slight stumble out of the blocks, quickly regained himself and was in cruise control through the backstretch. He began to accelerate as he neared the curve, and Jones turned into the final straightaway into a slight headwind.

Jones finished in a Class 3 record time of 47.11, just missing the overall record he was targeting.

“I think I’m going to go after it again tomorrow; I’m not sure yet. I’ll think about it later today when I’m at the hotel,” Jones said. “I’m satisfied with it for today.”