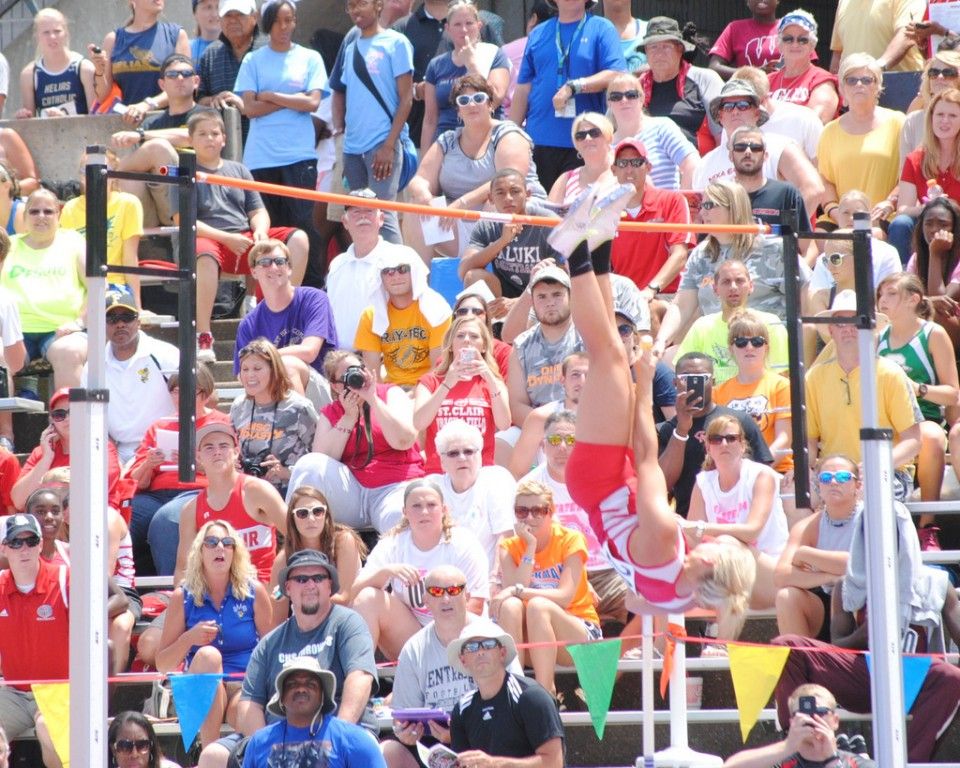 After getting off to a rocky start, St. Clair junior Emily Presley was able to get locked in and pushed herself to a new PR and a new Class 3 record in the pole vault at 12 feet, 6 inches. She made an attempt at the overall record with the bar set at 12-10 ½ and just clipped the bar on her third and final attempt.

“I knew I could do it,” Presley said. “I came in here ranked third with 10-6. I knew I could jump higher than that. I was really hoping for a PR because I haven’t PR’d at all this season. I could’ve broke the overall one; I was over it, just sometimes it nicks.”

Presley’s previous PR was 11-6, and she said the difference between last year and her state title was just a lot of work.

“There’s a lot of times where I go to practice and I cry and run through and don’t get up and you’ve got to just keep working at it,” said Presley, who also moved up from a 145 pole to a 155 for the state meet.

Hallsville junior Kyle Borland didn’t get his PR, but he still did enough to win the Class 3 pole vault with a 14-3. It was a big improvement from his seventh-place finish last year.

“I’ve been going to this guy over in Excelsior Springs, Todd Cooper, for the last year and just got bigger poles and improved my form,” Borland said. “A lot of it is getting more comfortable on the bigger pole, and there’s a lot more time during the jump that you can fix all the technical things.” 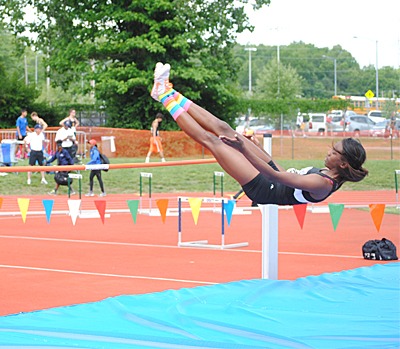 Bailey had the Class 4 high jump title secured by matching her PR by clearing 5 feet, 8 inches Friday at the MSHSAA Class 3-4 Track & Field Championships. She wanted a little more permanence in the record book, so she took three jumps at 5-9 ½ but could not clear the bar.

Bailey took third as a junior last year, and now she’s hopeful her high jump success will springboard her long jump on Saturday to even better marks.

“Last year I’m not sure my head was in the right place. Here, I came focused on what I needed to do,” Bailey said. “Me and my coach decided at the beginning of the year that I had to come in 1,000 percent because this is what we wanted to do.

“It’s motivating and I want to try to do the same thing in my other (events).”

Bailey enters the long jump seeded tied for fifth, but her relay did not advance out of Friday’s prelims. 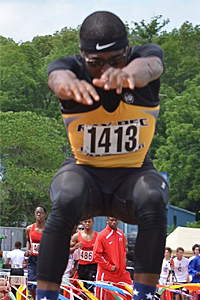 Snorgrass had one thing to do at the state meet, and he excelled by adding five inches from his sectional performance for a PR and a state title. He hit the winning jump in the prelims and then had to wait to see if it would hold up.

“I had a good warm-up coming in so I knew I’d jump well, and I knew there are some good competitors out here so I wanted to go after them in the prelims so I could take it easy in the finals,” said Snorgrass, who hit the mark on his second attempt. “I know one guy that I was nervous would pull out a big jump, and he (Rockhurst’s Curtis Goldmon) ended up getting second, so I was glad it carried over because my finals jumps weren’t as good as my prelims.”

After taking fourth last year at state with a PR throw, Johnson was happy to be back and is already looking forward to her senior season next year. She missed another PR (143-3) however, and that leaves her wanting more, and she credited teammate Jan Steinbruek, who finished fourth this year and third last year, as being a big factor in her success.

“I was seeded first so it wasn’t a big surprise,” Johnson said. “I wanted to PR and I didn’t so … almost, by a foot, real close. I’m going to be working through the summer and everything and come back next year even better. My motivation from last year was to come back and do better, which I did.” 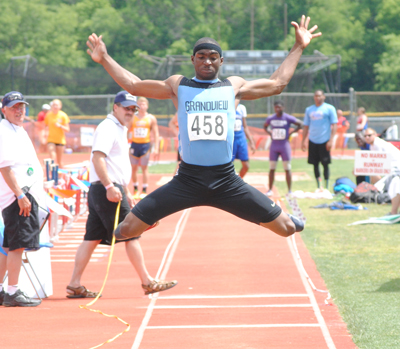 Kendall improved from his second-place finish last year and credited the slight tailwind as aiding his performance. He said the early gold medal should carry over to his high jump and both hurdle races and is also keenly aware of adding points to the Grandview tally as the Bulldogs stalk their fourth consecutive Class 3 title.

“Last year I didn’t have as much power, explosion and wasn’t strong enough,” Kendall said. “This year I’m actually a lot stronger and a lot faster and more powerful, so getting in the weight room helped. I had never been to state before in the triple, and that got me in the mindset that it was time to go for my senior year.

“These 10 points really matter and really count. We’ve got a lot of teams trying to beat us, but all we have to do is keep hope alive and keep on working.” 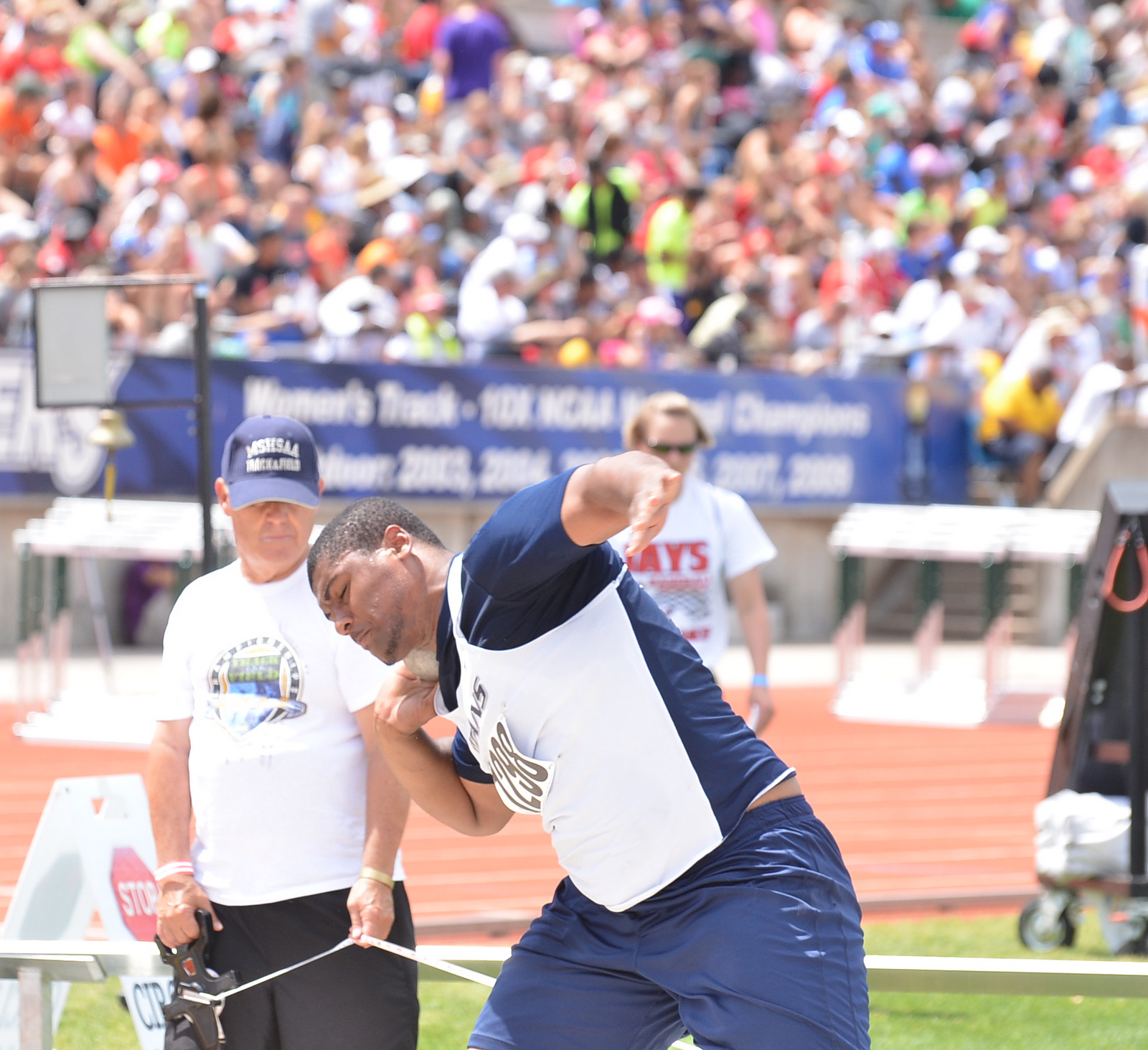 Carter hit the wining throw on his fifth attempt and said he’s hoping the victory carries over to Saturday’s discus and leads to a throw of at least 165 feet.

“I felt a big one coming, and I guess that was it,” Carter said. “I just got myself in the right position and pushed through, and the result just came. It does motivate me (for the discus).” 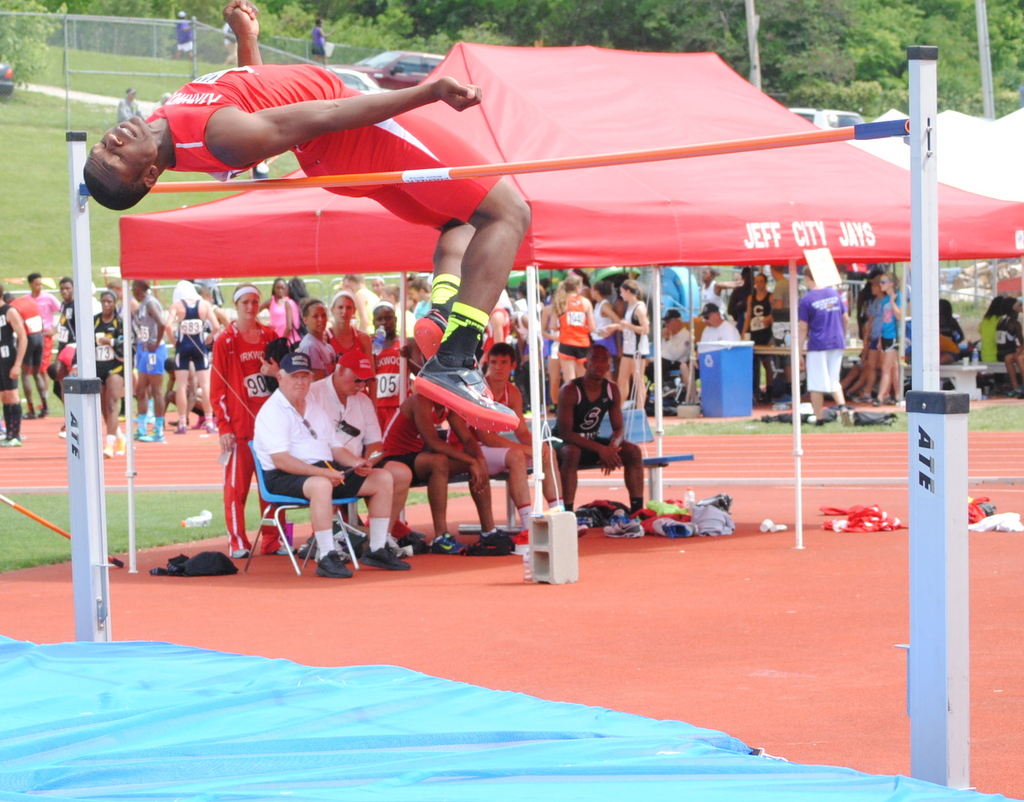 Kirkwood senior Bryant Boyd first cleared 6 feet, 8 inches at his home invitational, even though Kirkwood had to borrow another facility while the Pioneers’ stadium undergoes renovations. The second time he cleared 6-8 it earned him a gold medal at the MSHSAA Class 3-4 Track & Field Championships.

“Since I first hit it at Dale Collier, I went on a little sluggish moment for a few meets only clearing 6-4, 6-6, but I knew if I wanted to win against a guy like (Lee’s Summit North’s) Jalen Ford that I had to be at my top and hit that 6-8 mark again, comfortably,” Boyd said. “I knew what I had to do and coach has been preparing me for this all year.

“I just like the atmosphere. I was here last year and got second, and I just get comfortable when I get here. I like the fans cheering you on and it just motivates me more.”