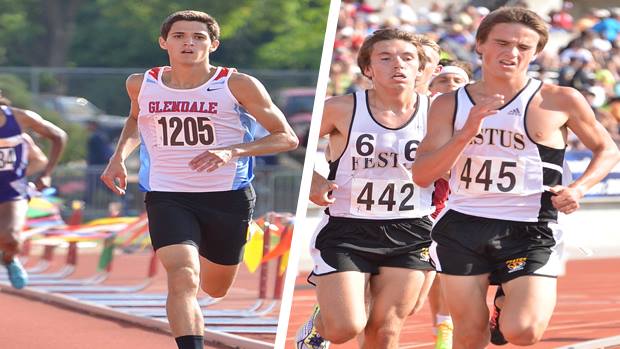 JEFFERSON CITY, Mo. – The winds at Dwight T. Reed Stadium picked up slightly in the afternoon, and they played havoc with the plan Spencer Haik and Stephen Mugeche had set for the Class 4 3,200-meter run.

Haik, a senior at Glendale, and Mugeche, a junior at Blue Springs, had a chance encounter around lunchtime at an area Subway restaurant. They chatted briefly about strategies and agreed to work together to better both of their chances for taking down Matt Tegenkamp’s 2000 record of 8:57.23. Conditions prevent an honest attempt at the record, and they finished in 9:14.09 and 9:17.61, respectively.

One lap in, and both runners realized a record-breaking performance was not likely on this Friday of the MSHSAA Class 3-4 Track & Field Championships, and both expressed disappointment at not being able to make a solid attempt at their season-long goal.

“We both wanted to go after it, but once we felt it, we both knew it went down the drain,” Mugeche said. “I really would’ve liked to win, but a guy as talented as Spencer, there’s no shame in getting beat by a guy like him.”

Haik held the lead for the first four laps. He tried in vain to knife through the wind, but by the 1,600-split, he resigned himself that it was not going to be a race for time.

“The first four laps I was trying my best, but that wind really took it out of me,” Haik said. “I was still trying for it coming through three laps, but the fourth and fifth lap, I looked over and saw the time and was extremely disappointed. I tried not to let that get to me and finish the race off well.”

With the record attempt gone, Mugeche knew Haik would rather relax and rely on his kick to win the race. So he took over in front and tried to push the pace as best he could. 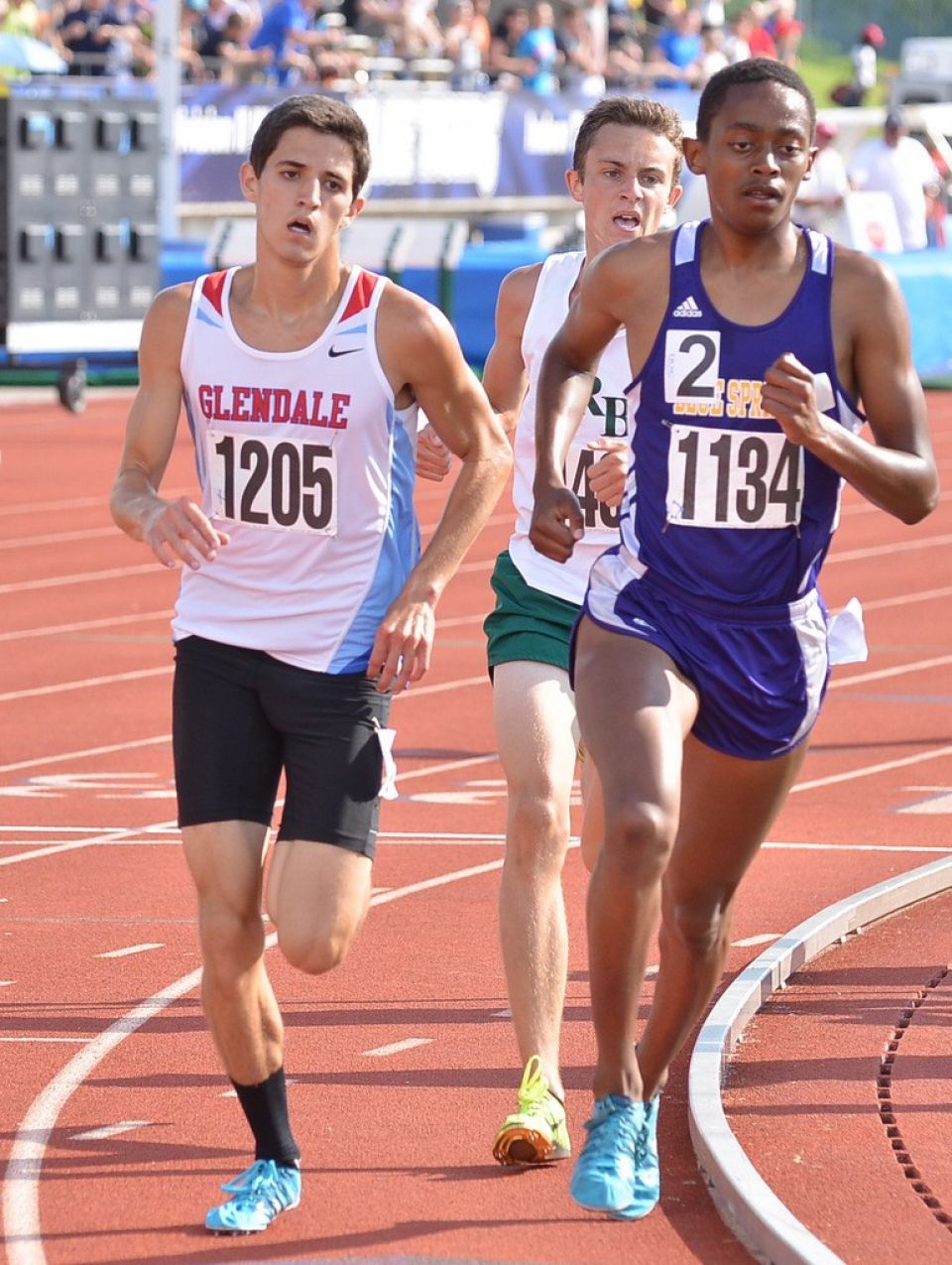 “I just kind of played it out and took it with four laps to go and tried to push it, but the wind was just there and it took me down mentally,” Mugeche said. “I’m really upset about this actually. I wanted to give the people something special to see today. Wind can change your whole strategy.”

Haik started his kick early with nearly a full lap remaining. He said he knew the headwind could still be factor on the final straightaway and figured he should try to create some separation between himself and Mugeche when he had the chance. He built a gap over the final lap to win by three seconds.

Both agreed that Friday’s 3,200 performance only strengthened their resolve to attack the 1,600-meter run on Saturday.

In the Class 3 race, Festus teamed up at the front of the field to try to work together. Michael Karls opted to lead most of the race, and he was able to hold off teammate Tyler Gillam at the end. Gillam, who won the cross country title in the fall, finished in 9:30.05, and Karls got his respectful vengeance with a 9:25.71, as he was the third in cross country.

“He got me in cross, and that was in my head the whole time. I don’t know if I was comfortable (up front with the wind), but that’s where I wanted to be,” Karls said. “We try to work together as much as we can, but we’re trying to beat each other at the same time.”

That friendly competition, even in practice, is part of what has made both runners successful. Karls said this meet has been on his mind since the day of the cross country state meet.

“I didn’t care what race it was, but since that day, every day I think of it. It hurts, but it’s worth it in the end,” Karls said. “We just want to make each other better, and as long as we do that, we’re fine with it.”