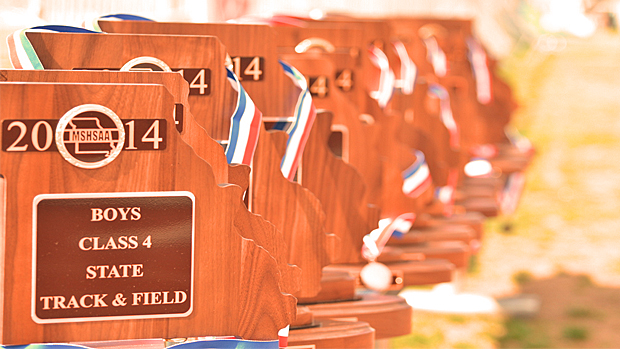 JEFFERSON CITY, Mo. – In all, there were 13 record-setting performances at the MSHSAA Class 3-4 Track & Field Championships at Lincoln University’s Dwight T. Reed Stadium.

Some will never be forgotten, even if they do eventually fall, for the amazing feats of the moment like Carlos Davis’ discus throw of 212 feet, 5 inches and Hannah Long and Taylor Werner breaking a 25-year-old 1,600-meter run record in back-to-back races with 4:46.21 and 4:44.26, respectively. Cardinal Ritter’s CJ Jones in the 400 and the Berkeley girls’ 400-meter relay both broke the records on Saturday they originally broke during Friday’s prelims.

But there’s always the almost records, like CBC just missing the 1,600-meter relay record with its dominating 3:14.98, ranking third all-time in Missouri. 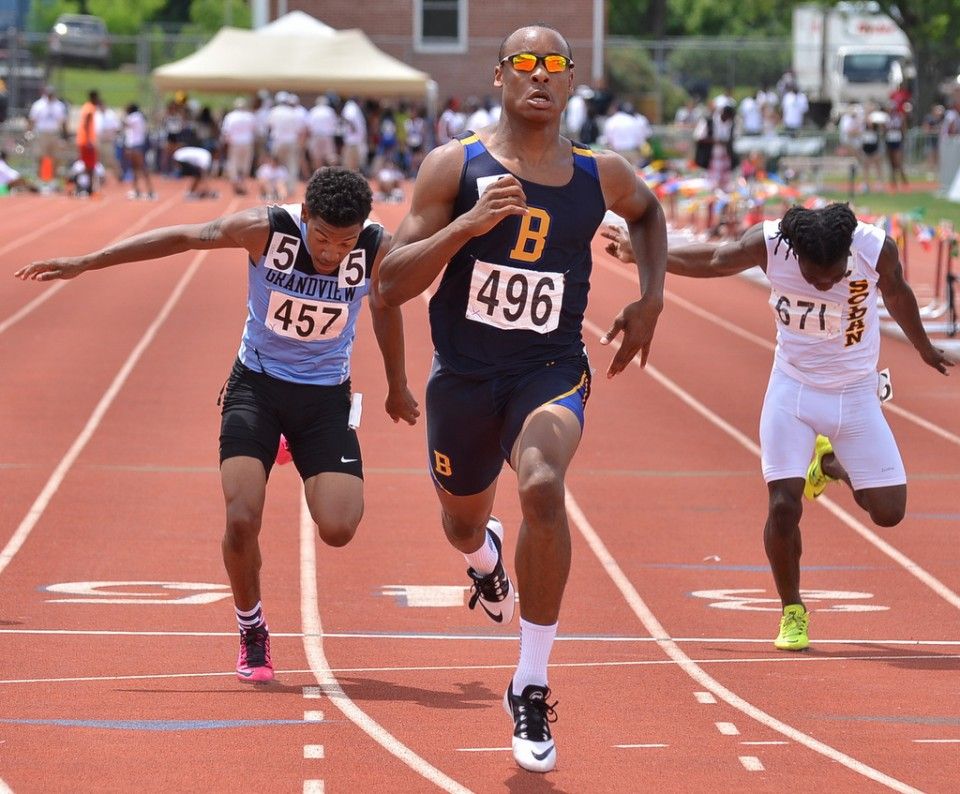 Burroughs junior John Moten also knows the feeling of having a record snatched out of his hands. He ran a quick 10.68 in the prelims, just missing the Class 3 record of 10.65 set by Grandview’s Jaron Alexander in 2012.

Then he appeared to have it in the finals with a 10.58 until the wind reading came back at 2.1. It was a quick start out of the blocks and he created early separation from the field.

“I think it was my best (start) all season,” Moten said. “I think the competition brought out the best in me, and I’m really happy with the outcome. I’m OK with it. I’m a junior and I still have another year. I look forward to working hard next year and seeing where I can get myself.”

The high jump was the place to set records on Saturday as Southern Boone’s Landon Bartel tied the Class 3 record of 7-0 and Eldon’s Sara Rhine cleared 5-7 ¾ to break the girls’ Class 3 record by a quarter inch.

After beating Grandview’s Harvey Kendall by clearing 7-0, Bartel went after the overall high jump record with three attempts at 7-3 ½.

“I think I psyched myself out a little bit. I didn’t execute how I could have,” Bartel said. “I’ve had closer attempts at 7-3 and it just wasn’t the day. I’d also taken a lot of jumps at that point. I’m not surprised I didn’t make it. It’ll come some day.

“I think (winning the long jump) cleared my mind because the goal is to come here to win. Whenever I could do that earlier and I didn’t have to worry about guaranteeing myself a win later, I think it just calmed me down and let me focus on what I was doing.” 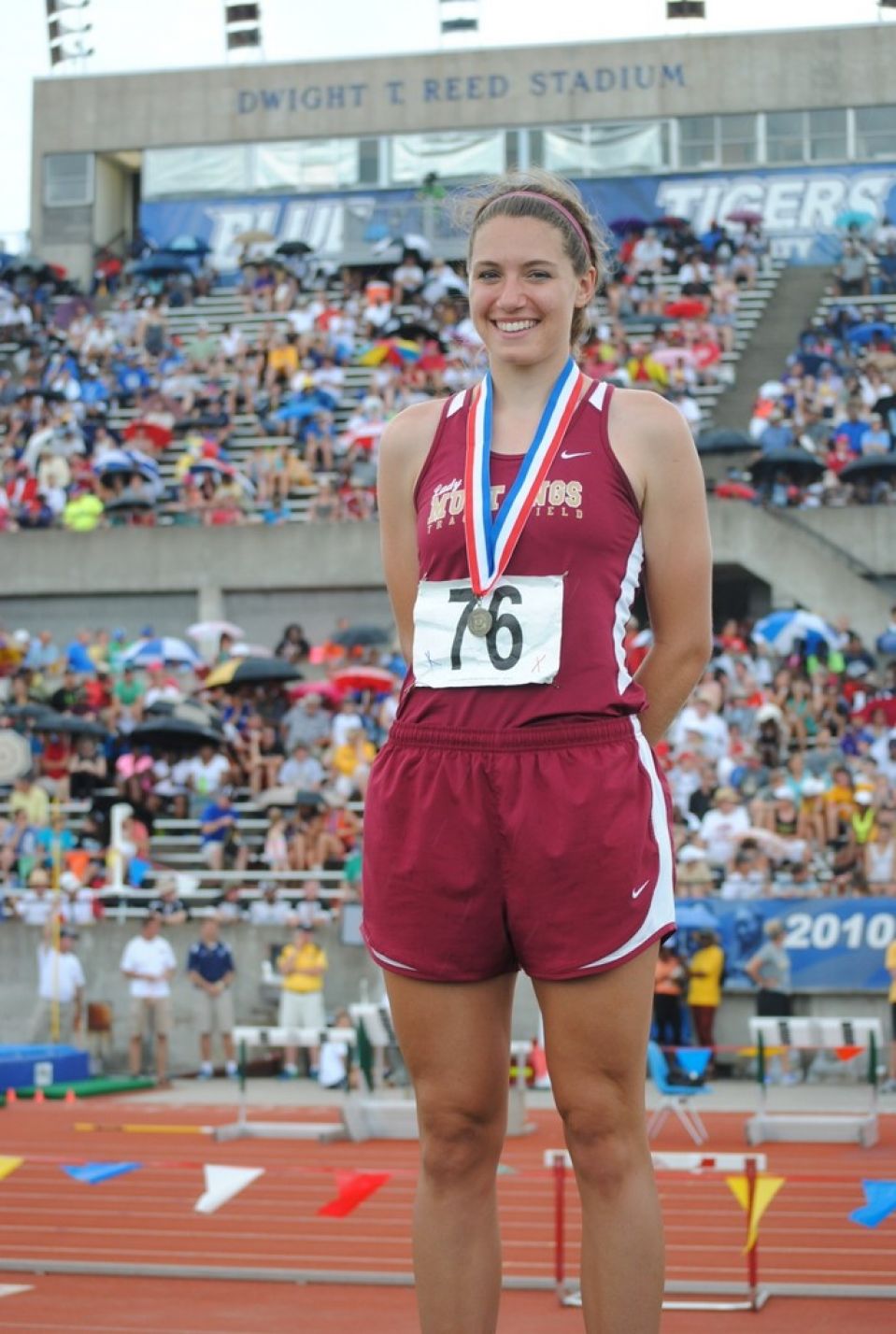 In the morning session, Eldon’s Sara Rhine took down the girls’ high jump record in Class 3 by clearing 5-7 ¾, which was not a surprise after she topped 5-8 at the sectional meet to enter as the top seeded jumper. The Valarie Summa record of 5-7 ½ had stood since 2000.

“I’m really excited. My goal coming in was just to have fun and do the best I could,” said Rhine, who is the three-time high jump champion and owns a PR of 5-9 from April this year. “The past two years I jumped 5-7 so I’ve been going for that record two years in a row so I really wanted to get it this year. I had two attempts that were OK, but I knew my third one I could get it.”

Rhine, who also took third in the long jump and fifth in the 100 hurdles, attempted 5-8 ½ to try to push the record even higher, and as a junior she still has another year to target the overall record of 5-9.