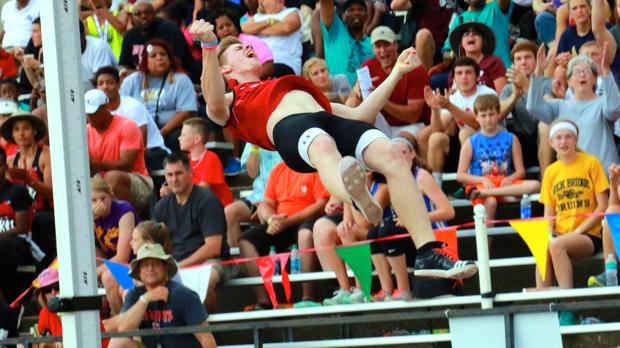 Jefferson City - Christopher Nilsen was the picture of elation and disbelief at the same time.

The pole vault gets lots of love from the large crowd at the state meet with the pit positioned right in front of the bleachers. Nilsen earned extra adulation when he slipped over the bar at 16 feet, 9 ¼ inches to set a new all-class record on his first attempt.

The new record sent Nilsen bouncing off the mat, and he sprinted back down the runway before collapsing on his back in a celebratory flop of dismay.

“It was mostly disbelief and I wasn’t sure if I actually made it,” Nilsen said. “I looked up and I saw it, and it was complete surprise.”

He then cleared 17-0 with the same easy effort on the first attempt at that height, currently tied for seventh best in the country. He could not keep the momentum going when he failed to clear the bar in three attempts at 17-3. That fact he was soaring in rarefied air after where he closed out last year is equally amazing.

“A lot of motivation, a lot of help from friends and family and indoor coach and God’s grace just helping me everywhere,” Nilsen said. “Last year I got eighth at sectionals with 12-3, and I guess at that point I just told myself that I’ve got to keep working at it if I want to do as well as some of these guys are doing. It all came together.

“It takes everything you have to put into it

“Just go up,” Nilsen said. “National record, I guess go for that now.” 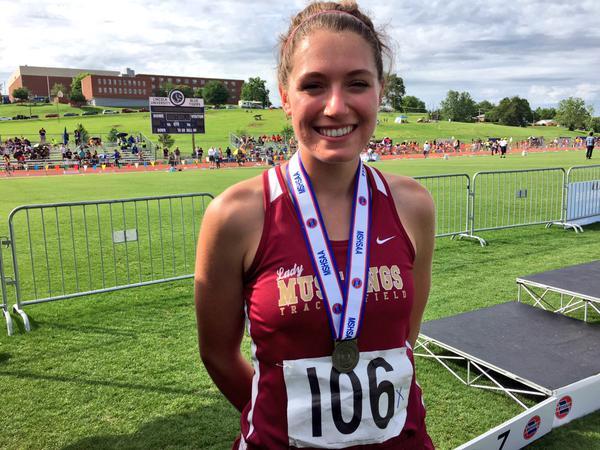 Eldon’s Sara Rhine also took a swing at setting a new class record with three attempts at 5-8 in the Class 3 high jump. She didn’t get to set a new mark, but she did finish with the event victory for the fourth consecutive year.

“It was just fun to attempt the record,” said Rhine, who did clear 5-8 at sectionals. “Probably since I know it’s attainable it makes it a little harder, but at the same time, it gave me the confidence to attempt it.

“It feels good. I got done and was like, ‘I’m going to miss high jump.’ Being a senior, you don’t really think about your sport ending until you get to the end. I’m just thankful I was in the position and thankful to come to state all four years.” 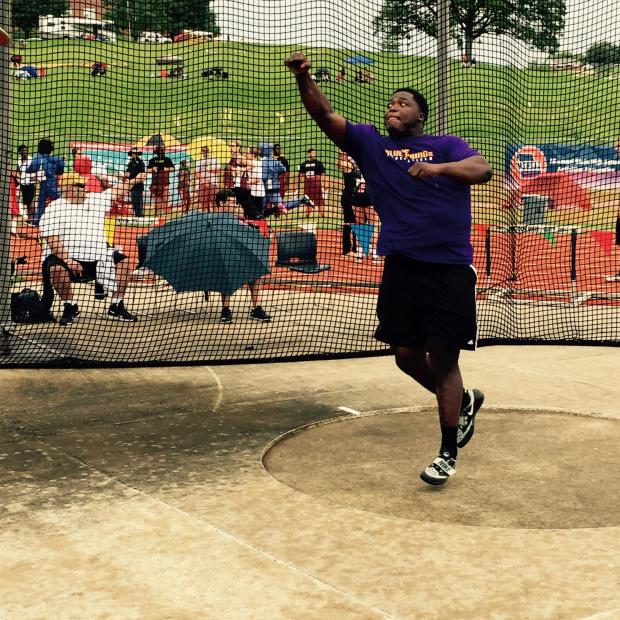 Blue Springs senior Carlos Davis could not replicate last year’s discus performance when he set a new meet record at 212-5. And he owns an even better PR of 214-4 from earlier this season.

Davis did repeat as champion though, edging his twin brother Khalil on the final throw with a 201-9.

“Today I was feeling good,” Carlos said. “I didn’t think I’d hit 201, but I just went for it on my last throw. It’s awesome. If I had gotten beat, I wouldn’t have cared because it was by (Khalil). I pulled through and got it again so I’m happy.”

“It’s not disappointing because I know it’s Carlos and he’s going to make me better. I would’ve liked to have gotten first, but I’m happy for him,” said Khalil, who had eclipsed 200 feet at sectionals the previous week. “I knew I could hit 200 but it was just a couple little things. If I had a couple more throws, I’m sure I could’ve gotten it, but it’s fine. I’m glad I got 200 before my career ended.”

The Wildcats got an early start in their bid to repeat as team champions with 21 points after senior Marqus Andrews earned a podium spot in sixth with a throw of 151-0.

“We’ve been trying to do that since sophomore year,” Carlos said. “So getting three up there in all-state, it’s a good feeling, a perfect way to go out.”

Blue Springs padded the point total with another 18 points when Jacob Piester and Justin Hall went 1-2 in the triple jump.

Piester had the lead at 48-9 going into the final jump when Hall surpassed him with a jump of 48-11. On his final attempt, Piester moved back in front to capture gold at 50-2. 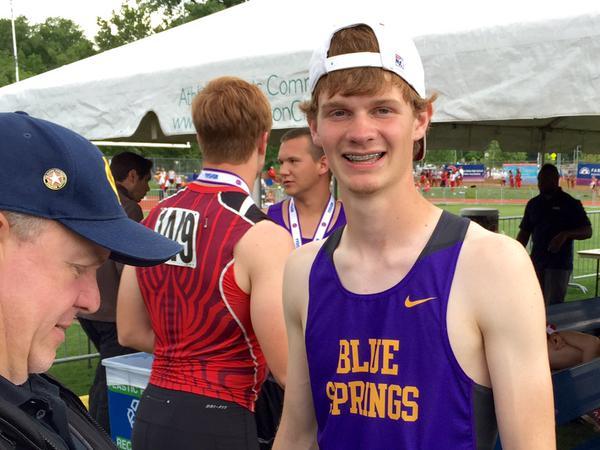 Cardinal Ritter’s Alvin Thompson also had to come from behind to win the Class 3 triple jump at 45-10 ¾, edging John Burrough’s Ronald Smith (45-10 ¼) by just a half inch.

St. Clair’s Allison Hinson didn’t wait for the finals to get her big throw in to win the shot put. Hinson started off with a 40-foot toss before a PR throw of 45 feet. Feeling elated at a new best mark, she pushed her next throw to 47 feet, 3 inches to win the Class 4 event.

After her 4-foot surge, Hinson said she fell off the pace in the finals.

“My last three throws were probably my worst,” Hinson said. “I’m one of those people that has to be mad, but I couldn’t be mad after that because it was a 4-foot PR.”