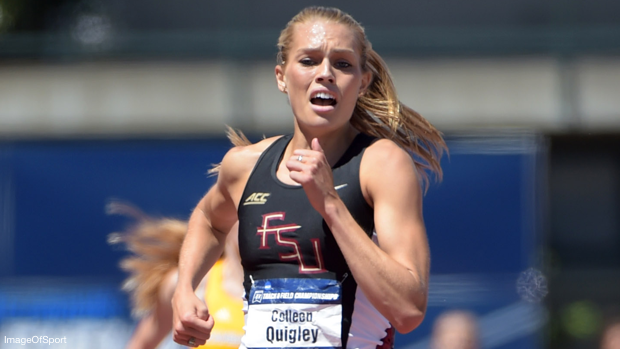 Qualifying for her first team, Colleen Quigley finished third place in the Women’s 3000m Steeplechase. Quigley, a newly signed Nike athlete following her career at Florida State, found herself in a similar situation heading into the last lap of the final. Quigley and Leah O’Connor, formerly of Michigan State, ran side-by-side as they entered the last lap, just as they did two weeks prior at the NCAA Championship. Just like before Quigley used a solid final water jump to pull away.

Going from a new member to one of the most senior members of the team, Christian Cantwell qualified for worlds once again. A 2003 Eldon High School graduate has now qualified for four world teams in addition to his two Olympic Teams. Another Olympic Thrower from the Show-Me State to qualify was Brittany Borman. Borman will be making her second trip to Worlds after a qualifying in 2013.

Staying in the throws, DeAnna Price (Troy Buchanan) made her first senior team. Price qualified for World Juniors back in 2012.

In the sprints, Berkeley grad Michael Rodgers solidified himself as one of the top sprinters in the US. Rodgers finished third with a time of 9.97 qualifying him for his fifth world team (two previous times outdoors as well as two indoors).

All athletes that qualify still have one more barrier - hitting entry standards to the meet. They have until August 10th to hit those marks. Luckily for those from the Show-Me State all have already hit the needed standards.