With NXN MW just days away, we look at which teams are likely to punch their ticket to Portland from the Midwest region.

Sandburg (IL) -- We start with the formerly nationally ranked #1 squad from Illinois. Sandburg is fresh off their first state title racking up 79 points to defeat Lyons by nearly 40 points. They used a 32 second spread, something we have seen time and time again from the Sandburg squad to put them over the top. Led by 4:09 1600m man, Sean Topry, his third place finish in the 3A race shows it isn't depth you have to worry about with the Eagles.

The second ranked team in the country is the favorite coming into this race after steadily knocking off all their competition in Illinois, a state that has pumped out national qualifiers from the Midwest region year in and year out. Sandburg will look to return to NXN after a 15th place finish last year. Six runners return from that team to provide crucial experience running in that setting.

Lafayette (MO) - National rankings would then put the Lancers in second as they currently are idle at fifth. Not much has changed as of late as I would say they ran as expected at the State Meet to collect their second team title in as many years. Lafayette's key strength in this race has to be their four. Tommy Laarman is without question one of the best fifth runners in the country, but a team like Sandburg is one of few exceptions. Their depth is what puts them at #2, but runners 2-4 are the biggest opportunities for Missouri's best chance to qualify a team to nationals since 2006. With the top two finishers at the Missouri State (Devin Meyrer and Austin Hindman) meet followed closely by Alec Haines (5th), and Dylan Quisenberry (11th), this team has arguably the best four in the nation.

St. Ignatius (OH) -- The St. Ignatius boys emerged as the favorites in Ohio early. A huge win at the Trinity Invitational in Kentucky propelled them in the national rankings beating Midwest power Carmel who has gone on to win a state title despite injuries to their second and third runners. This team looks pretty similar to Sandburg -- a low stick paired with a low split. Luke Wagner is the lead man for this squad, fifth at the state meet for the past two years. It is important to note this team did not race at NXN MW a year ago, but we would suspect they will be in Terre Haute on Sunday with a chance to quality to Portland.

Carmel (IN) -- Carmel has built a dynasty. In a state with a single class system the Greyhounds swept the team & individual titles. Mentioned earlier, the boys team won with 115 points without their #2 and #3 runners. One name might be familiar to fans of the Midwest -- Ben Veatch. The Carmel standout is the top returner from NXN and has dominated the Hoosier State the last two years. Last we saw him he went sub-15 minutes at Terre Haute to collect his second State XC Title. There is no question about it -- Veatch will be the top team finisher on Sunday.

Looking past Veatch, this team is incredibly young. With Teddy Browning and Thomas Revard not running, runners two through seven consist of five underclassman, two being freshman. This isn't something you would expect from a national power -- but it's worked. To the youngsters credit, they can run! Ben Miller was their #2 in 15:57 while they put two more under 16:10 with their fifth, Trey Harris, finishing in 16:20.

I would say with the depth in the Midwest this year it's hard to see Carmel finishing above these teams. However, few teams have had more success over the years as well as more experience on the Lavern Gibson XC Course. 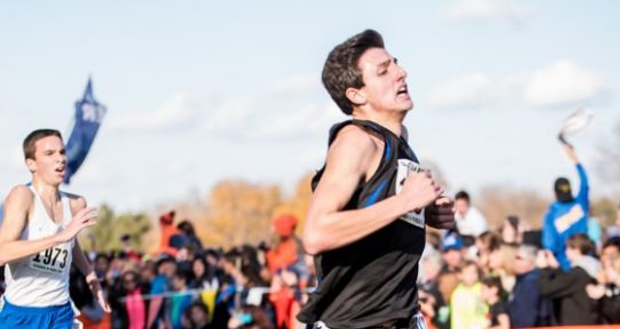 Lyons -- Illinois's second place team, Lyons finished closest to Sandburg last Saturday. Through four it was a pretty tight battle between the two teams as Sandburg only had a 9-point advantage. However, the depth was too much for the Lyons team which faded to 40 points back from the Eagles. While Sandburg has proven they can beat the Lyons team, that doesn't mean Lyons won't make it. Placing two runners in the top ten at the Illinois State meet is an incredible feat, and this squad is a serious threat to the state champions (Lafayette, St. Ignatius, and Carmel). 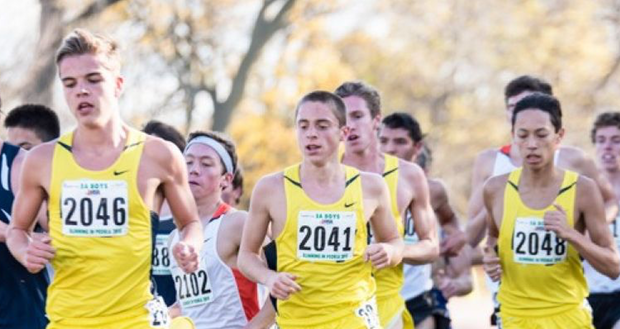 Neuqua Valley (IL) -- Lets continue in Illinois. We've talked about low 1-5 splits. You won't find another team lower at state. They packed up big time, only 12 seconds, to finish third in the 3A Race. Their number one, Connor Horn, went down with injury greatly affecting their post-season fate. There's something to be said about a team that can finish third at one of the most difficult state meets without their #1. 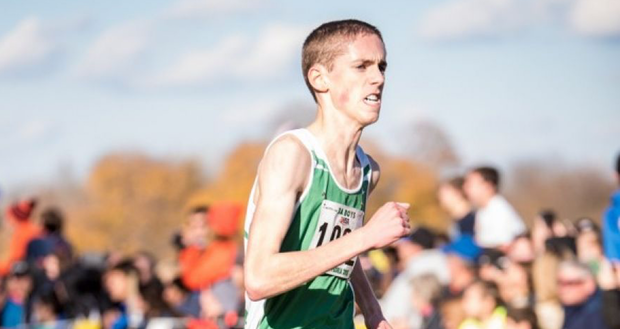 York (IL) -- York doesn't show up on this list only because its York, one of the most distinguished programs in the nation. This team is a quality team led by Charlie Kern Jr., second place in the 3A Race in 14:22. I know some people might be saying, "Hey this team was fourth in IL, why are we talking about them?". Answer: In 2011 York finished fourth at the state meet. Want to know where they finished at NXN MW? Second. NEVER count out the Dukes.

Rockford & Northville (MI) -- While it's rare to see Michigan athletes at NXN MW, we will include the D1 Champs on this list. Led by the 1-2 punch of Isaac Harding and Cole Johnson who finished first and third at the state meet, the Rockford squad is great up front. They narrowly defeated Northville by two points to win the state title. Northville put two in the top 15 but showed better depth with only a 31 second spread which nearly closed the gap created by Rockford's top harriers.