Colleen Quigley is a 2011 graduate of Nerinx Hall High School in Webster Groves where she earned 8 all-state medals in cross country and track and field, including 2 state championships on the track her senior year. She attended Florida State University and earned 5 ACC Championships and 8 NCAA D-I First-Team All-American honors, including 1 National Championship in the 3K Steeplechase in 2015 - a year in which she also participated in the World Championships in Beijing. Most notably, the Bowerman Track Club athlete was a 2016 Olympian, placing 8th in the 3K Steeplechase in Rio de Janeiro. She ran her personal best of 9:21.10 there. She finished second to Emma Coburn at the USATF National Track and Field Championships this year and will be representing the US once again in London this August. 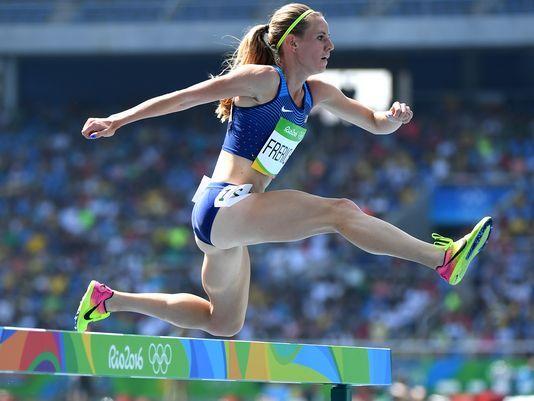 Courtney Frerichs is a 2011 graduate of Nixa High School and competed for the University of Missouri - Kansas City and the University of New Mexico during her college career. Frerichs has enjoyed the vast majority of her success post-high school. She won 7 individual titles in the Western Athletic Conference (WAC) after winning 2 in the Summit League. Further, she was 6 time All-American in NCAA D-I, earning a runner up in the 3K Steeplechase to Quigley in 2015, and the national title in that race in 2016. Post-college, while running for Nike, Frerichs has enjoyed success on the world stage as well, competing in the 2016 Olympic Games in Rio alongside Quigley. Her personal best in the 3K Steeplechase is 9:19.09, run this past May at the Prefontaine Classic. 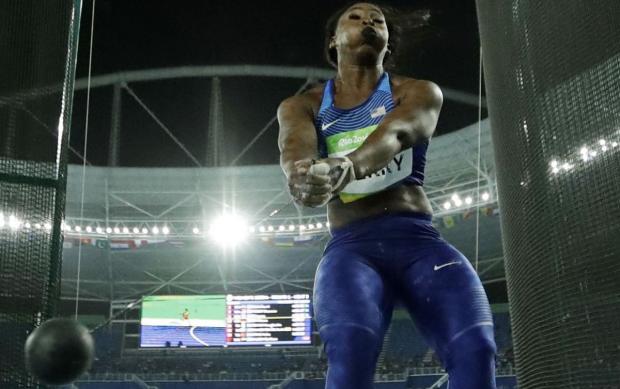 Gwen Berry is a native of Florissant, MO who competed for McCluer High School for two years before moving to Virginia and graduating high school in 2009. Berry traveled back to the Midwest for college and enjoyed great success with the Salukis of Southern Illinois-Carbondale. She competed at seven NCAA D-I Championships, earning 5 Second-Team All-American honors and 2 First-Team All-American honors. The New York Athletic Club member was also an Olympian in 2016 in the hammer throw, placing 7th in Rio. She has won 4 USATF Indoor Track and Field Championships in the weight throw and won the hammer throw at this year's outdoor championships. Her 2017 best mark of 76.77m (251-10.5) is World #2 at the moment and is also her personal best. 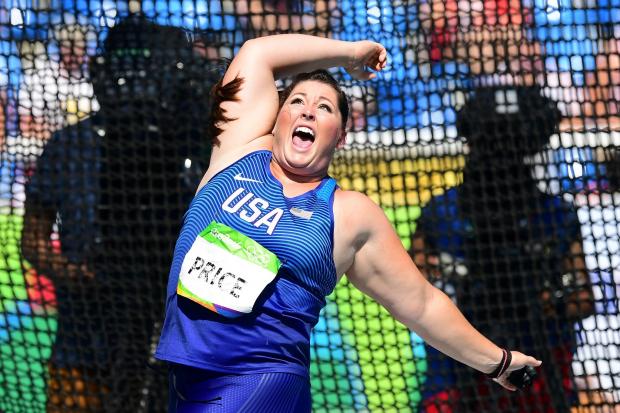 A three-time all state athlete for Troy Buchanan High School from 2008-2011, Deanna Price took off upon landing at Southern Illinois-Carbondale. Price finished her collegiate career with 4 First-Team All-American honors and a D-I National Championship in the 2015 hammer throw. She competed in the 2015 IAAF World Championships in Beijing and the 2016 Olympics in the hammer throw. She finished 8th in Rio. Price has a personal best throw of 74.40m (244-1.25) and also competes for New York Athletic Club. 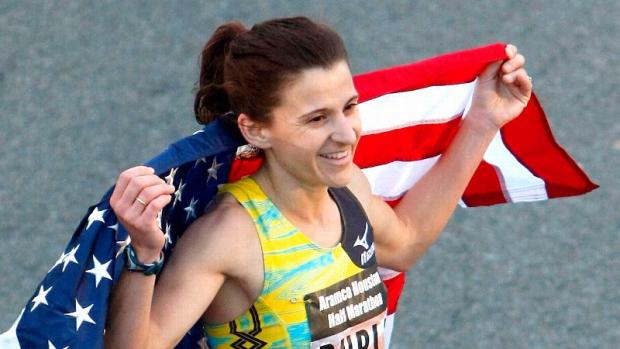 The St. Louis native, cancer survivor, and graduate of the University of Missouri will be competing in her second IAAF World Championships marathon. Burla's personal best in the marathon is 2:26:53, run at the Osaka Women's Marathon this past January. 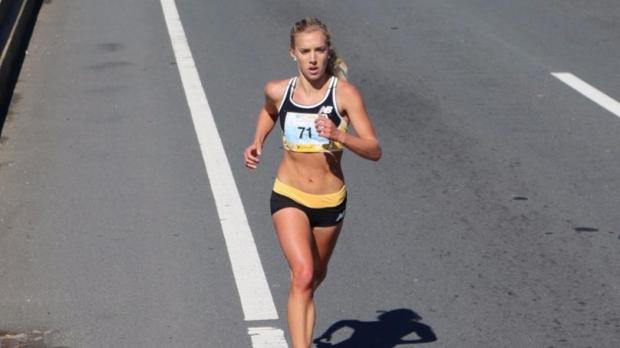 Emily Sisson quickly rose to stardom upon her move from Nebraska to Parkway Central High School (Chesterfield) in 2008. After winning 2 state championships in cross country in Nebraska, she won 2 more in Missouri and 3 state championships in track, running a leg on the all-classes state record 3200m Relay of 9:06.84. Sisson competed for the University of Wisconsin and Providence College where she earned a total of 11 First-Team All-American honors and 2 National Championships in the 5000m (2015 Indoor and Outdoor). Sisson has competed at three USATF Outdoor National Championships, two Olympic Trials, two IAAF World Junior Championships, and one Pan-American Junior Championships. The New Balance sponsored athlete holds a current personal best of 31:25.64 in the 10000m run, completed for third at the USATF Track and Field Championships. 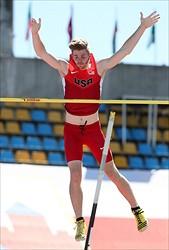 Missouri track fans have known for a couple years now just how good this guy is, and even some of the more serious fans took notice during his senior campaign in 2016, but the Park Hill High School graduate and All-Classes state record holder in the pole vault was able to show the rest of the country his talents by winning the D-I Indoor National Championship in the pole vault in his freshman year at the University of South Dakota. He followed that up with thirds at outdoor nationals and the USATF Outdoor Track and Field Championships, skipping the junior circuit and heading straight for the senior circuit and a berth in the world championships in London. His 18-10.5 personal best is World #18 currently. 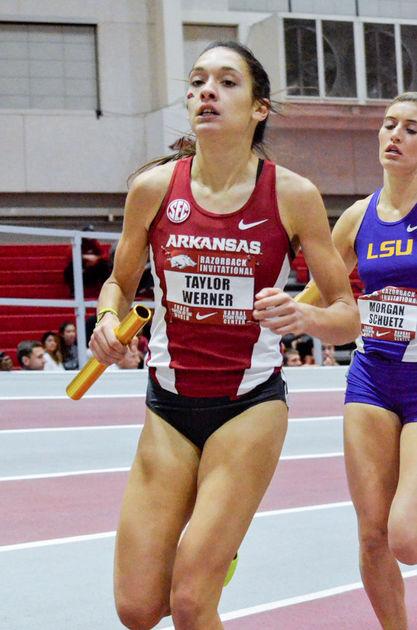 The Ste. Genevieve 2016 graduate comes in the to Junior Pan-American Championships as the top seed with her seed time of 9:06.34 (run indoor at the Husky Classic). Werner went 15 for 20 at the state meet in her four years for the Dragons and has not slowed since she joined the Arkansas Razorbacks. Werner already has 1 SEC Championship to her name in the Indoor 5K and qualified for the national meet in the Outdoor 5K. Werner will be competing on the international stage for the second time. 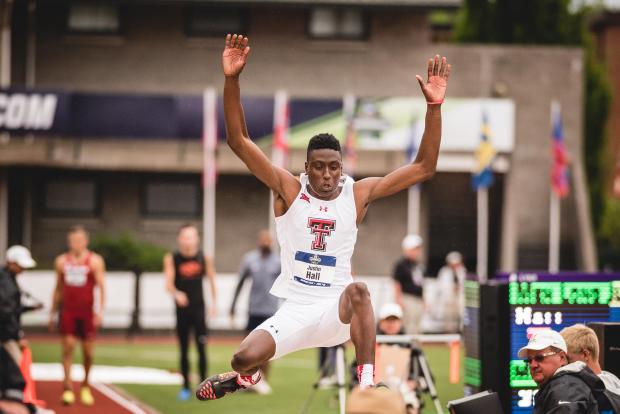 Another 2016 graduate, this time out of Blue Springs High School, Justin Hall is the third seed for the long jump. As a prep, Hall earned All-State honors in Class 4 four times and won the 2016 triple jump. Hall currently is a member of the Texas Tech University track and field team and earned Second-Team All-American status in the Long Jump at this past D-I Outdoor Track and Field Championships with a jump of 24-6.5. His personal best is 25-7.5 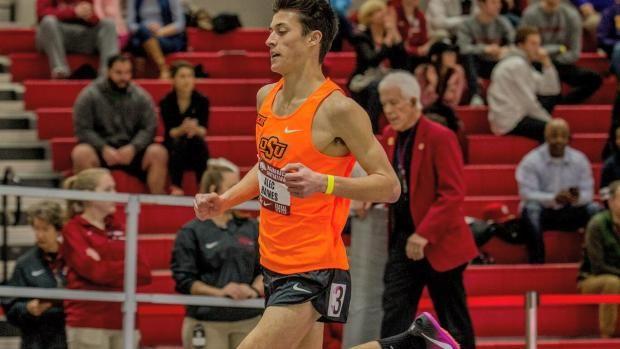 Once a part of quite possibly the most dangerous Top 5 in state history, Haines - a 2016 graduate of Lafayette (Wildwood) - will enter the 5000m in Peru as the 6th seed with his 14:27.42. Haines was an 11-time All-State athlete, member of the back-to-back state champion cross country teams in 2014 and 2015 and all-classes state record 3200m Relay, and state champion individually in the 1600 in 2015. Haines currently represents Oklahoma State and only participated in indoor track this season where he took 4th in the 1 Mile at the Big 12 Championships. 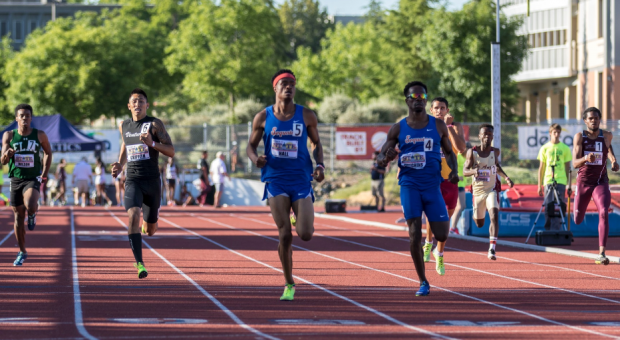 Quincy Hall is a 2-time state champion in the 400m dash from Raytown South High School. He narrowly missed breaking Domenik Peterson's all-classes 400 record by .01 seconds in 2016. Hall runs for College of the Sequoias in Visalia, CA at the moment and has already dropped his open 400 personal best to 45.32. His personal best in the 400 hurdles of 49.39 has him as the top seed and only sub-50 at the Pan-Am Games. 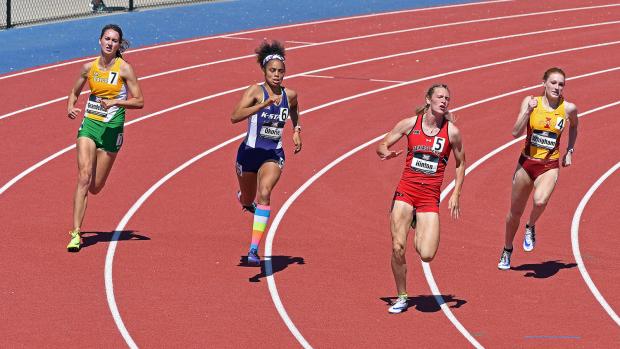 A native of Waynesville, MO, Ariel Okorie is a heptathlete representing Kansas State University and the US at the Junior Pan-Am Games this weekend. Okorie was a 2-time runner up in the long jump in Class 5 and 2016 state champion in the 100m hurdles. She won 10 total individual all-state honors and is already won of the up-and-coming competitors in the heptathlon in only her freshman year of college.

Please email kdeeken@milesplit.com for any questions, comments, or concerns.