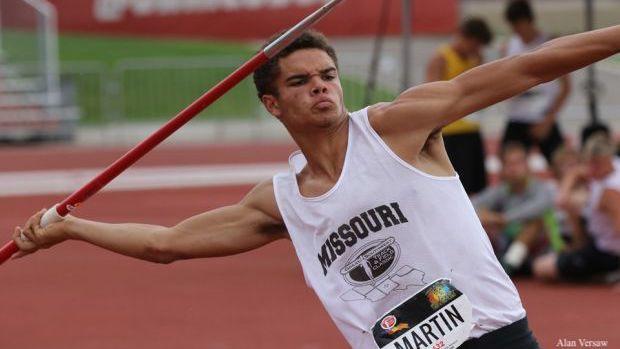 This prediction may be slightly vague, but there are two boys in Class 4 who could become the first Missourian to throw over 200 feet.

Hillsboro senior Isaiah Martin went off at his home meet Co-ed Hawk Relays heaving a US #22 and 10 foot personal best on Wednesday: 179-9. His throw is the sixth farthest mark in state history and fourth farthest in-season throw since the javelin became an officially contested event in Missouri in 2016.

He is 21 feet away from becoming not only the first Missourian to ever throw over 200 feet, but also 190 feet, and could dominate the state meet en route to a repeat title in the javelin...and it's only March.

But he could have some serious competition.

Willard senior Nathan Swadley is seeking an unprecedented throws triple at the state meet and could have two of the events locked up already.

He threw 168-9 in the javelin last season and could step up to the plate as the season progresses and he continues to pull away from the field in the other two throws.