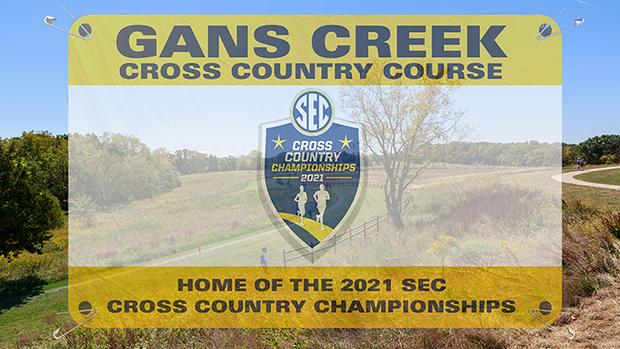 That meet will be the biggest and most competitive of any of the college meets Mizzou or Columbia College have hosted in the three seasons since the Gans Creek course opened. The fourteen-team Southeastern Conference meet will also join the list of most prestigious college meets held in Missouri joining a list that includes previous Big 12 and Midwest District/Regional meets Mizzou has hosted at A.L. Gustin Golf Course, NCAA DII Regional Meets at multiple sites, NCAA Division II National Championships, hosted in the 1970's and 1980's by Missouri State University (SMS) and Southeast Missouri, and more recently by Missouri Southern at Tom Rutledge Cross Country Course in Joplin, and the 2012 and 2013 USA Track and Field Cross Country Championships at Forest Park.

The SEC meet kicks off the post-season for the Division I schools. It is followed by nine regional meets two weeks later on Friday, November 12. Those meets will help determine the automatic and at-large qualifiers for the national championships, which are hosted by Florida State Saturday, November 20 in Tallahassee. At-large berths to nationals are determined by results at regionals, conference, and previous meet head-to-head competition. The two-year old course is located within Columbia Parks and Recreation's Gans Creek Recreation Area on Columbia's south side. The course has many features that make it one of the world's best. It has 2,000 and 3,000-meter loops, allowing for races of every full-kilometer distance of 2k and above using the permanent start and finish lines. It has a starting straightaway of just over 500-meters. An irrigated 10-meter-wide course path. Electricity and fiber-optic cables running to stanchions and cross bars at two points on the course and finish line, allowing for live results, video, and audio to be captured, published and projected at those spots as well as split times at every kilometer. A timing and announcing tower that sits just behind the finish line. A viewing berm that allows spectators to watch most of a race from a single spot. The course also features wide, sweeping turns that are a benefit for athletes and spectators.

The facility added a dedicated athlete medical and recovery pavilion at the finish in 2020. The Greg Hall Champions Plaza awards area was dedicated and used last month and is nearly complete. The course isn't just functional. It's also pleasing to the eye with wood fencing lining more 500-meters of the course path. Native grasses, plants and flowers stretch up from the ground. Permanent and movable structures feature places to put up and swap out signage for different meets. Besides hosting the annual Gans Creek Classic high school and college meets, Mizzou and Columbia College home meets, the course will host its third straight MSHSAA State Cross Country Championships in two weeks. The site will, with little doubt, join the regular rotation of NCAA Division I National Championship hosts after it's first time in 2025. It will likely do the same with the NAIA National Championships with Columbia College, the city, and the Convention and Visitors Bureau as hosts. The SEC Championships won't just allow fans to watch Mizzou and it's Missouri natives and high school grads compete, but also a handful of natives and former Missouri high school standouts competing for the 13 other SEC schools. If it's not on your calendar, make plans now to be in front of a screen with the SEC Network next Friday. Or even better, plan to be there in person.