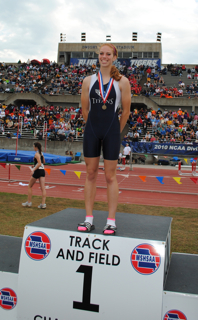 Nataliyah Friar, a sophomore from Holt, won the Triple Jump and Long Jump.

Click on the athlete's name to see their interview.