Loading
<p> &nbsp;</p> <p style="margin: 0.0px 0.0px 0.0px 0.0px; font: 11.0px 'Lucida Grande'; color: #333233"> <em>A note from your Webmaster - Missouri MileSplit has been very active in creating new content to cover our sport. In addition to our team of professional feature writers, I asked a group of high school students in the Missouri High School Runners Facebook group if they would be interested in contributing to the site. The response was overwhelming.&nbsp; I hope you enjoy the work of these talented students and athletes.</em></p> <div> &nbsp;</div> 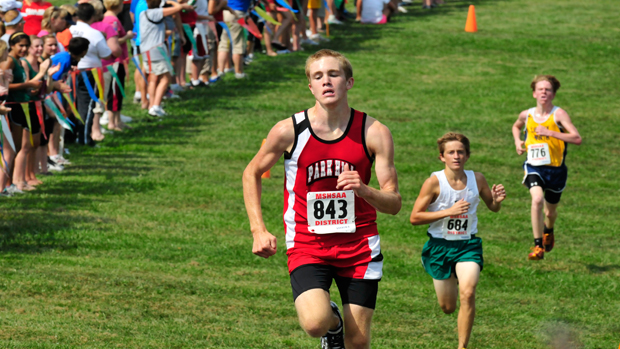 While most of your attention may be focused on the Zach Herriott's and the Samantha Nightingale's, followed by the Rock Bridge's and the Rockhurst's, very few people pay attention to the fact that Missouri is the fastest it’s been in years.

This has never been truer than with the case of Joe Walton, a senior at Park Hill High School in his first season of Cross Country.

A former soccer player, Walton came into the 2011 Cross Country season coming off the fiery heels of appearances at the Class 4 MSHSAA State Track and Field Championships and as one of Missouri’s representatives at the USATF Junior Olympics. 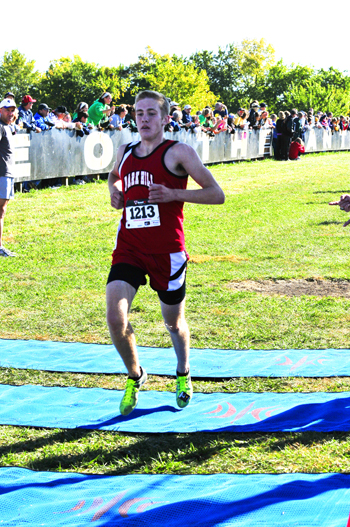 Walton’s 5K debut saw him log a time of 17:08 and in only 3 weeks he has knocked his time down to a 16:01 , a 10th place finish at KC Metro, defeating many outstanding Missouri runners.

This would appear to make him a lock to appear at the State Meet in addition to being the fastest runner from Park Hill since Mizzou’s own Kevin McKee and the fastest since Coach Jon Davis took the reins in 2001.

Walton’s performances have not only caught the eyes of many onlookers, but they have his entire team reeling in awe.

Team captain Nathan Huffer, who led Park Hill last year spoke for many. “Joe’s just an animal, there’s something with him that just makes him push harder and harder from the gun. When he got 15th in the Gold Division at Rim Rock I was speechless.”

Who’s to say if Walton can make a run on Zach Herriott at the XC State Meet, but Joe Walton is focused on something else; Track season.

“My main focus of my senior year, and the main reason I’m doing Cross Country is simply because I want to win the state 800 [meter race] in track.”

Walton did not make an appearance at the meet in the open 800 but he logged a 1:57 in his “rookie” season at Park Hill and has been training non-stop since.

“During the summer, I doubled up my training. I ran for both Heartland Youth Track Club and logged in mileage for Cross Country.”

Since then, Walton has proved that he is a contender in Class IV; perhaps not for Zach Herriott’s championship but for a spot in the famed top-ten at the State meet.

Keep your eyes out for this elite runner ladies and gentlemen. He might surprise you in the coming weeks.

The author, Matt Pitts is a senior at Park Hill High School