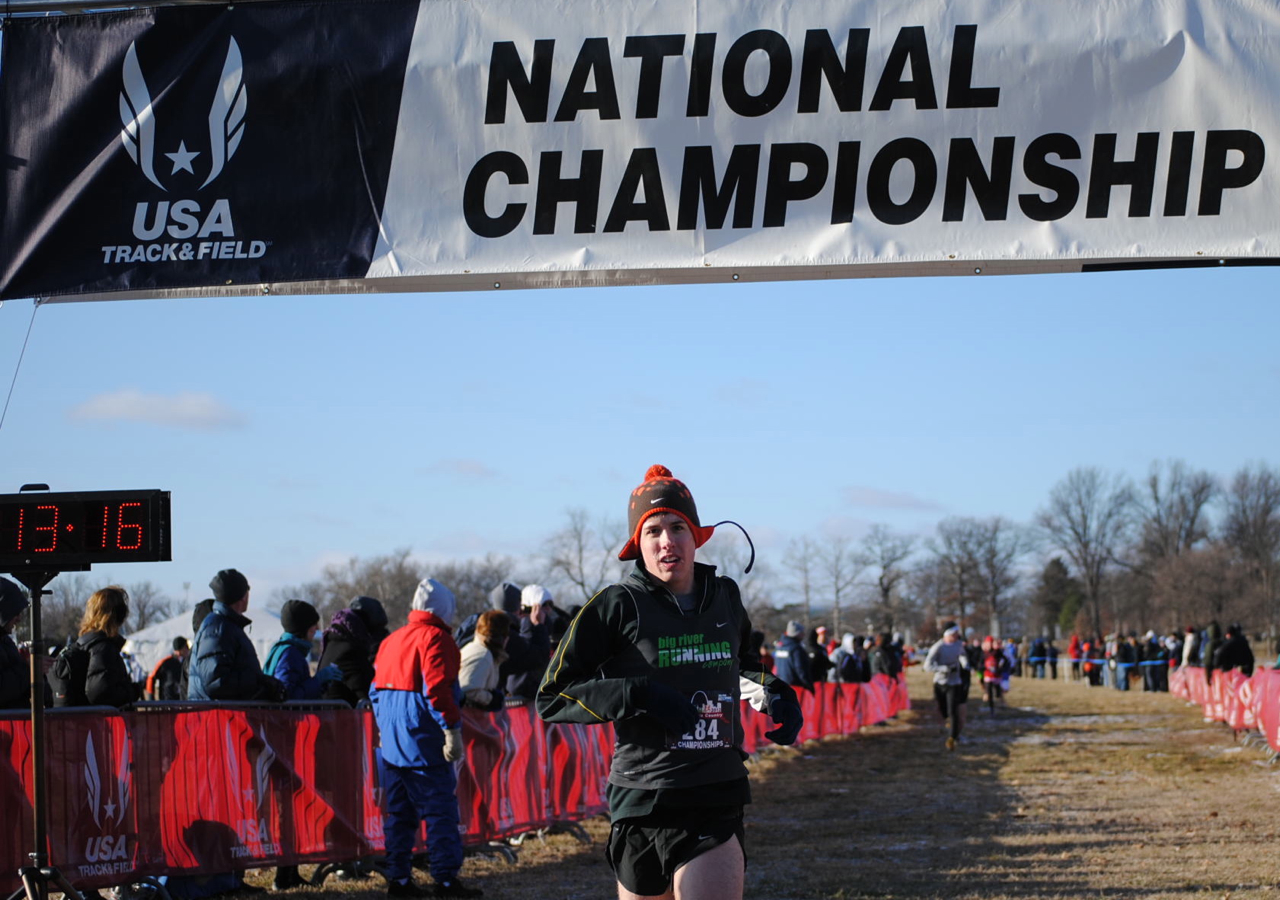 ST. LOUIS – When the famed USA Cross Country Championships came to Forest Park Saturday, high school runners from across the country wanted to do more than just watch the nation’s elite compete.

Prior to the four championship races that set the U.S. teams for the North America, Central America, and Caribbean (NACAC) Cross Country Championships, a loaded field of more than 200 high school runners took their place at the starting line for the 4k challenge.

The race combined both boys and girls in one field, giving the girls in the race a chance to run alongside the boys and maybe push themselves a little more.

A full contingent from Lee’s Summit West made the trip across the state and swept the team scoring. At the front of the pack was sophomore Kiersten West, who was the first girl to cross the finish line in 14:58.

“We wanted to run because we’ll be coming back for Forest Park next year,” West said. “So we wanted to get a feel for the course, and we wanted to come out and have fun in a no-pressure meet – just be running which is what we love to do,” West said.

Right behind West was teammate Kennadee Williams, who finished second in 15:14. 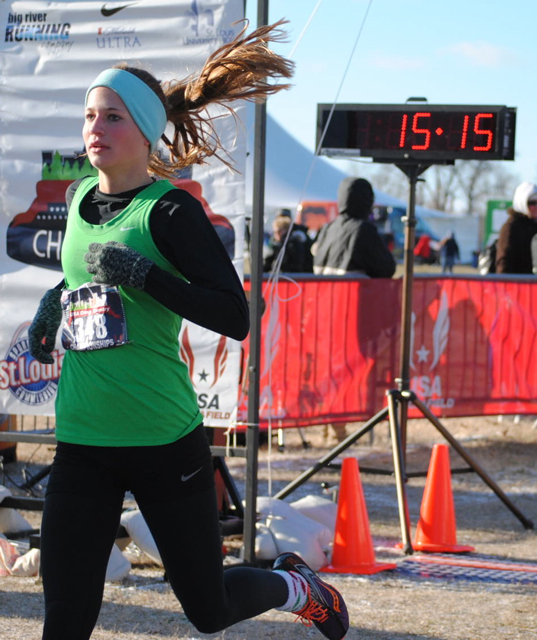 “I ran with Kennadee for a while and then I pushed up to run with the boys,” West said. “It was different; it pushed me a little bit more I think. When they all took off, I was a little intimidated by the speed, but I just ran my race and it worked out.”

Eureka junior Megan Cunningham took third in 15:24. Cunningham struggled through injuries during the last half of the fall cross country season, but she said she felt like things started to turn around when she ran a 20:29 at the Footlocker Midwest Regional

“I just wanted to have a nice race to get myself ready for the season and prepare myself for the two mile,” Cunningham said. “I just wanted to see where I’m at right now. I know I can improve, but I wanted to prove to myself I can do a good job, and I think I did.”

The boys from O’Fallon, Ill., picked up right where they left off from the fall season where they took second in Class 3A and were sixth at the Nike Cross Nationals Midwest Regional. While it wasn’t quite the full Panther squad, the team had no problem securing the boys’ title at Forest Park. 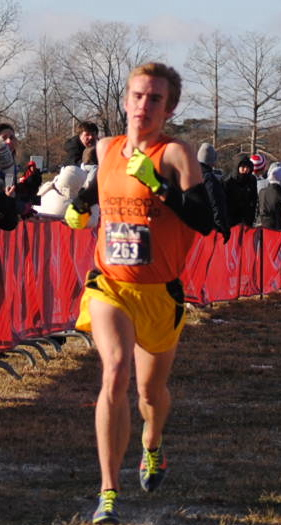 Leading the way was junior Alex Riba. He covered the 4k course in 13:01.

“I wanted to come out and run a good race and see if we can win as a team,” Riba said. “It keeps it more fun. I just came out and ran hard. I was happy, but I don’t have anything to compare it to.”

Riba said because it was so cold, the team opted to forego the typical warm-up.

“We kind of neglected our warm-up and only did a mile,” Riba said. “We stayed in the tent by the heater to stay warm and at the last possible moment ran out to the line.”

Eureka senior Cameron Schmitz finished fourth in 13:16. He said it was an important step in his return from the knee injury that sidetracked his fall cross country campaign.

“I was looking forward to racing some of the better guys and showing that I was fit in the offseason,” Schmitz said. “I’ve definitely been attacking my training a lot harder, and I could tell I was in better shape than most of the people out there.”

Schmitz said he is considering the University of Kansas, Columbia College or SLU. He would like to target a 4:20 1,600-meter run and 9:30 3,200-meter run to enhance his stature with the college coaches.