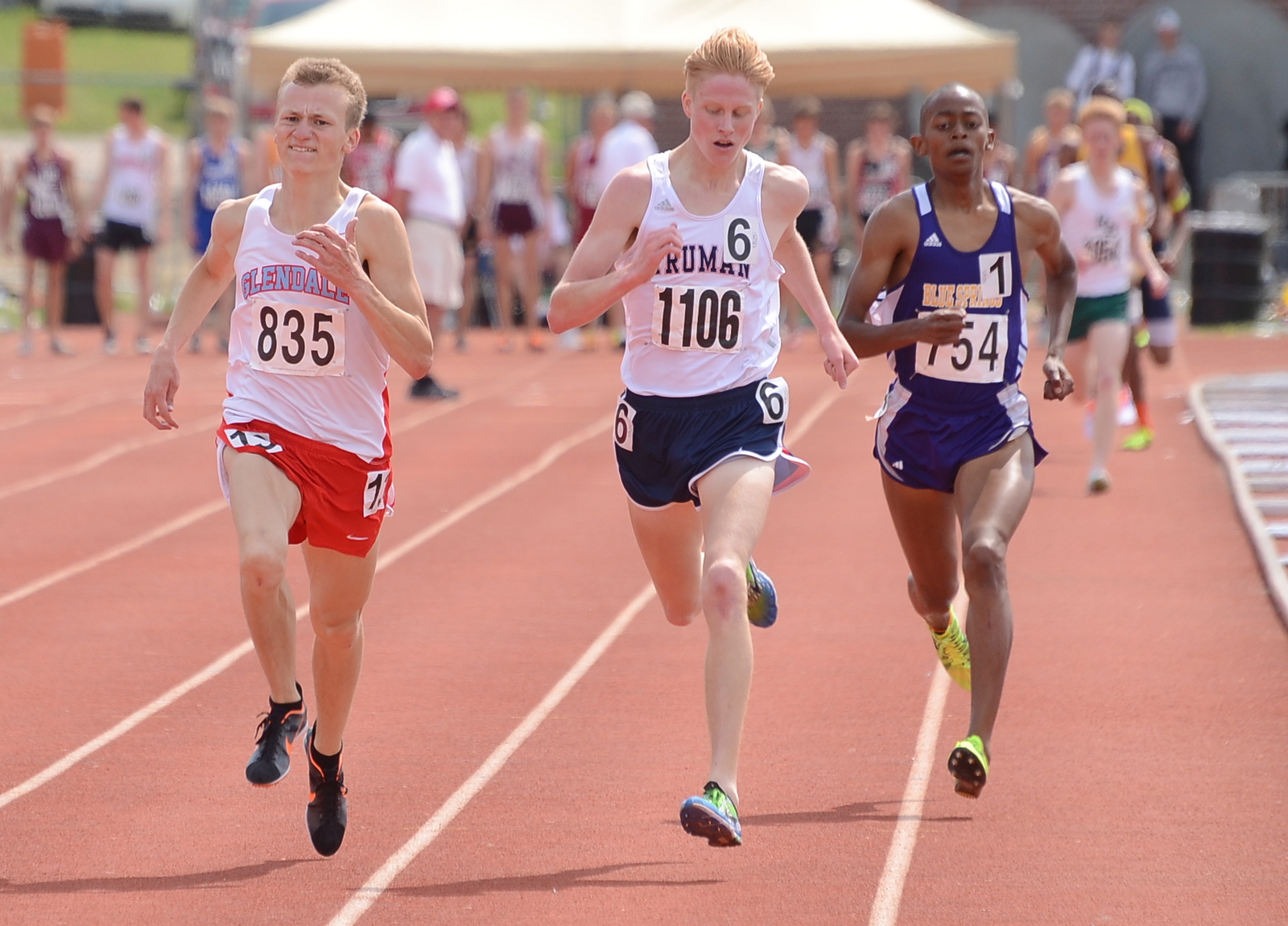 JEFFERSON CITY, Mo. – Glendale senior Chris Mooneyham got a good glimpse Friday of what it would be like to get a gold medal draped around his neck.

He finished fifth in the 1,600-meter run and was nearby on the podium when teammate Spencer Haik received his first-place medal. Mooneyham got to experience the feeling first hand Saturday when he claimed the Class 4 3,200-meter run in 9:06.86 at Dwight T. Reed Stadium.

“That was our goal was for him to win the mile and me to win the two,” Mooneyham said. “I think it’s a great way to end our run together.”

Mooneyham ran a strategic race, setting up shop just off the pace set by Blue Springs’ Simon Belete. He followed when Blue Springs’ Stephen Mugeche and Truman’s Cole Rockhold moved to the front.

Rockhold then cranked up the pace to try to pull away, but Mooneyham matched his move. He pushed his kick into the next gear and finally cleared the other two racers in the final 20 meters.

“I didn’t really know I had that kind of kick,” said Mooneyham, whose previous best was a 9:21. “At Kansas, I let (Rockhold) get away from me and I had to kick up closer to him, but this time I went with him and it worked for me.”

Mooneyham will run for the University of Missouri next year.