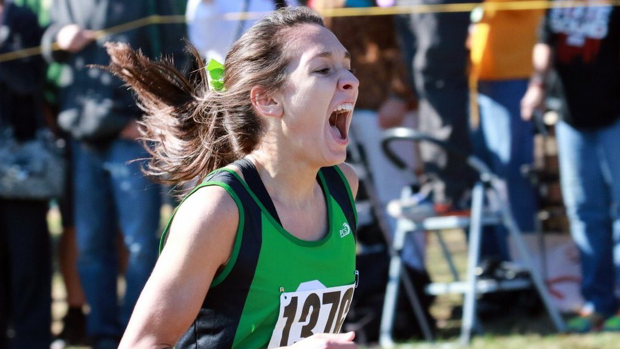 State was CRAZY, truly crazy. We digested some of the insanity to come up with some of the most mind-blowing stats from each race. Have something to add? Email me at david.everett@flosports.tv.

The boys won by so much that Lafayette could score six runners while all other teams score five, and they still would have won the race. What's even crazier - their sixth could have either been Anna West or Sarah Nicholson and this still would hold true. This is as much a testament to the top five as well as the runs by both West and Nicholson.

4th for Lafayette, Dylan Quisenberry would have been the #2 runner for every other team in Class 4 with the exception of Blue Springs as well as the first runner for 11 of the other teams in the race.

If you add up the team totals for both the guys and girls (38 and 55) you get 93, lower than second place in both races.

Emma Riordan, the sixth runner for the Lady Lancers, finished ahead of every #4 runner while on two teams had their #3 runner across before her.

Sarah Nicholson is someone who in my memory hasn't been covered a ton. However, she accomplished something that less than 25 girls in the history of the sport in Missouri have accomplished - finishing in the top seven all four years.

I watched the Indiana State Meet last week, and while they only have one class, something happened for the first time. A team (Carmel) swept the team and individual titles. They were perplexed as what to call it. The name that stood out was the "Grand Slam". I'm going to call this the "Grand Slam+1" as not only did the win both individual titles and team titles, they also grabbed second place in both races.

This seemingly came out of nowhere as the boys didn't win their first state title until last year while the girls hadn't won since the late eighties. The point being - these aren't your traditional powerhouses, but they put on a show on Saturday.