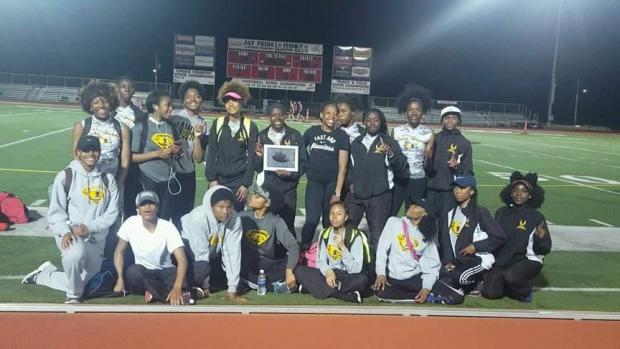 Every track head in the state of Missouri was well aware of the team Hazelwood Central had the potential to be this year. In my fifteen years as a coach Hazelwood Central has put together stellar teams year in and year out running ridiculous times in the speed power events. Is something in the water? Maybe. However, the girls of Hazelwood Central have made it their mission to protect the culture of excellence they have carried for decades now. New coach Asiki Siti comes in with a wealth of experience east of the Mississippi River at Alton High School. She now has the pleasure to guide the one team mo.milesplit contributors believe can give the behemoth of Lee's Summit West a run at state. It was my pleasure to catch up with Central's new coach.

Mo.milesplit.com: Coach, you are off to a good season. How does it feel to work with such great group of youngsters?
Coach Asiki Siti: It feels amazing to work with such an amazing group of young ladies. I truely feel blessed and honored to have the opportunity to be a part of their development and success.
How difficult was it for you to leave your kids at Alton HS?
It was extremely difficult to leave my AHS girls. I was a part of that program for nearly eight years, and I put a lot of "blood, sweat, and tears" into the program. Not to mention being able to grow as a coach under one of the best track coaches I've come across in Alton, Coach Mitch was such a privilege. I learned a ton while there and formed some unbreakable bonds with the girls and the coaches. Leaving them was one of the toughest decisions I've had to make while at Alton, but it was time for me "spread my wings" in a sense and move onward and upward.
How do you describe your coaching philosophy?
My coaching philosophy focuses on inclusion and making sure everyone is in an environment where they can improve and get better. I believe that if athletes are willing to put in the work and the time, then it is my duty as a coach to work with them and help them reach their goals.
What surprised you about the team at Hazelwood Central?
One thing that surprised me initially was the huge turn out I got this season. We started off with around 60 girls on the roster. I'm use to working with around a maximum of 20-25 girls on a team. Even as we approach the middle/end of the season and numbers have dropped off since our first practice, I still have over 40 on the roster. I think that is a HUGE amount for a single high school team. Also what surprised me the most about Central was the amount of leadership from the veterans on the team and the discipline many of them have already. They are used to being the best and being great, so I was able to sense that from day one. I could tell that they already knew what needed to be done in order to stay at the top.
I strongly believe that is a result of those before me creating and installing such a great program in which the girls were already accustomed. The expectation of excellence was already set in place before I even got there. That has made all the difference in a positive way.
When did you first fall in love with the sport of track?
I first fell in love with track at the age of 10 when I started running on my grandfather's (Michael Carr) AAU track team called the Royal Knights. I had always felt like I was a pretty fast kid while racing other kids on the playground in elementary school. So when he introduced me to track and field, it was like love at first sight. I was very blessed to have had some AMAZING coaches along the way to help encourage and train me and keep me going in the sport. It's really cool because I am now coaching alongside some of my old coaches and now mentors. My parents were also always there in support of everything that I did which helped me stick with it. The more I learned about techniques and form and everything involved with track and field, the more my love grew each year. I've honestly known since before sophomore year in high school that I was going to be a coach after I was finished running as an athlete. 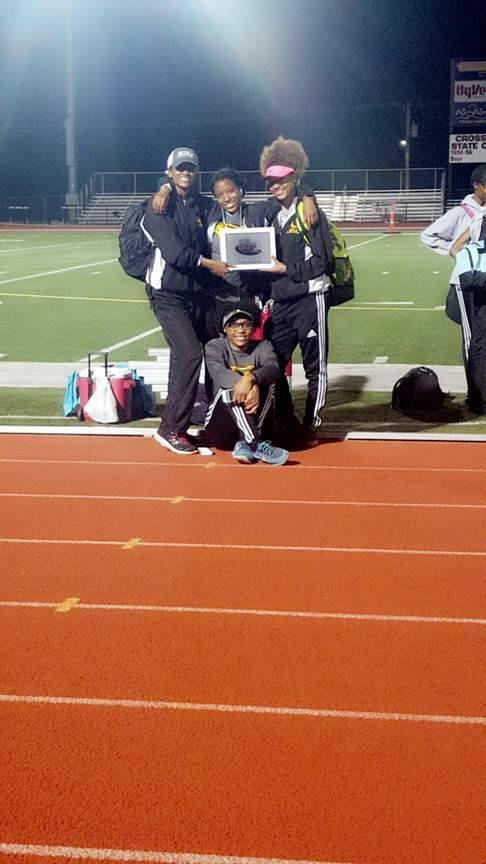 What are the biggest challenges you have faced being a coach?
There are different types of challenges that I've faced being a coach. The first was when I first started coaching high school girls 8 years ago. Previously, I had worked with AAU track athletes with my summer teams, however, working high school girls exclusively was a feat in itself. I had to get use to attitudes and hormones and everything that life entails while dealing with high school athletes. Each year, you get a new group of athletes and somehow, I have to get them to "buy in" to my program and get everyone on the same page for success. As the years went on, and the girls learned more about me, and I learned more about the atmosphere of the program, it became a lot easier. Then, after 8 years, I become the head coach of a completely different program, in a completely different city and state. The process has started all over again. I am still working on building those relationships with the girls. I had to take into account that their previous coaches before I came in had the same close relationship like what I had with the Alton girls. So, trying to build that trust and rapport was my main concern as their new head coach. However, with each new victory, PR, season best, etc, I believe that we are really starting to bond more as a team. I also have to take into account my assistant coaches Coach Locha Brooks and Coach Shelinda Bracket as well as the Central boys' coaches who have supported and helped me bring everything together.
What are your goals move forward into the championship season?
My biggest goals as I move forward into the championship season is to keep everyone healthy while dropping their times and increasing their marks to start to put them in good positions for State. I also really want to continue working with everyone and making sure that they are improving individually. I do not want to end the season with a single member of the team no matter the skill/ability level without a PR. If each girl continues to get better, there's no doubt that we will be in a good position for Conference, Districts, Sectionals, and State. I think the hardest part for all of us is the unseen competition. We have dominated at the local level, but we have not yet met our biggest competition and won't get a chance to see them until State. I really want to keep that perspective in the back of the girls' minds as we progress forward into May.
Tweets by MoMileSplit