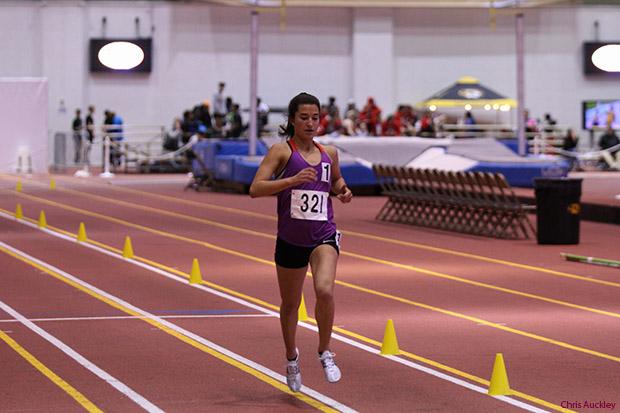 It was a big day and a big week for the power couple that is Blue Springs senior Victor Mugeche and Blue Springs South senior Tori Findley. After being named the Gatorade Runners of the Year for Missouri on Monday, both individuals decided to go after personal bests in the 3200 on their soon-to-be home track.

Findley was first on the track and took the race from the gun. In a smaller race with many of the other big names from this cross country season absent, Findley had to go after her 10:40 personal best herself.

And like the machine she is, she did just that.

Findley clicked off 40 second laps throughout the first eight laps and rolled through the 1600 in 5:18, already 21 seconds ahead of 8th grader Ally Kruger, and maintained as best she could, holding on for a 10:49.33, her third fastest 3200 of her career and third time under 10:50.

"To run this off not a lot of hard workouts, I'm super pleased." 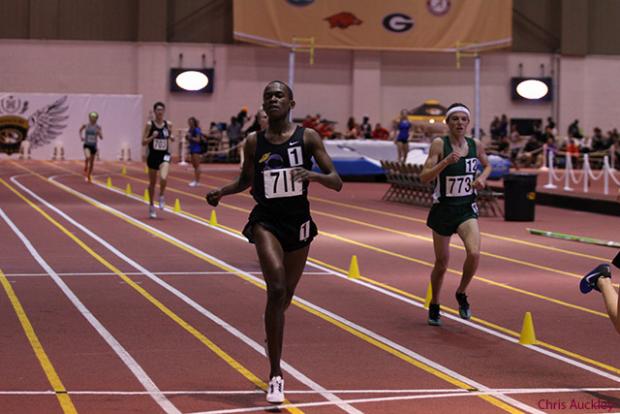 Mugeche would have a little more competition in his race as the Boys 3200 proved to be one of the strongest indoor 3200s that Missouri has ever produced.

It was a fast one from the gun as Mugeche led the race out in a 31 first 200 and paced fellow senior Ben Stasney (West Plains) through 400 in a blistering 65 seconds. While Stasney would eventually fall of the blistering pace and settle for second, Mugeche would settle in to an impressive rhythm as, after coming through 800 in 2:13, he clicked off he clicked off twelve straight laps between 34.02-35.64 before closing in a 30.38 to come across in 9:09.92 - a far and away MO No. 1 time and US No. 7 performance.

"The goal today was to come out here, do my best, and compete," Mugeche told our Chris Auckley.

"[Sub-9:10] felt really good, especially because that was the goal...so to go out and hit just what I wanted to, that felt pretty good."

This race was doubly impressive in that it saw ten boys break 10:00. Stasney came across in 9:36.54, followed by St. Louis University High's Patrick Hetlage in 9:41.34, a seven second personal best for him.