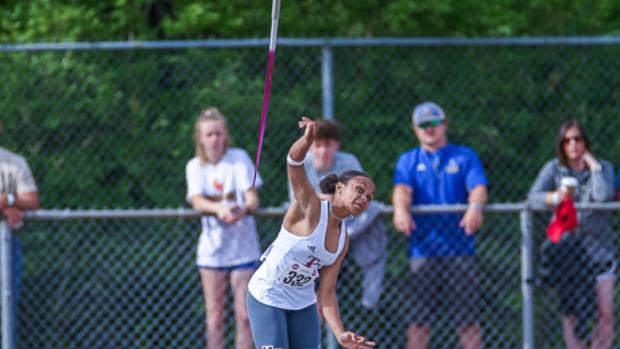 Last night at the Border War Championships at MICDS, Trinity Catholic Senior Sydney Juszczyk threw herself into the record books.

Just in front of her in fifth place is the Missouri state record holder Sophia Rivera (Brentwood) who threw 54.97m back in 2016. That record certainly has the possibility to broken this season, and it will definitely be worth watching as we enter the seasons final month.