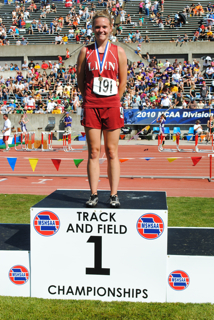 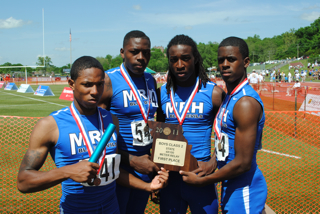 Maplewood-Richmond Heights dominated the spirnt relays winning the 4x100 in a new state recod, 4x200 and 4x400.  With other victories from Marcus Taylor in the 100 and 200 and Nick Coulter in the Long Jump the Blue Devils easily won the Team Title with 104 points. 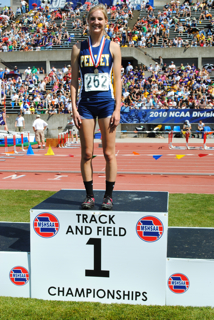 Penney senior Lindsay Vollmer brought her state title total up to 11 with wins in the 100 and 300 Hurdles as well as the Long Jump.  Vollmer's three wins helped propel her team to a Class 2 Title winning with 40 poitns over Blair Oaks' 38. 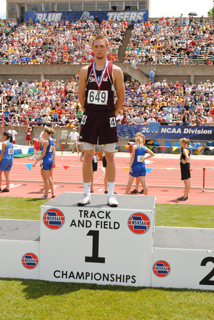 Strafford senior Dylan Barnum dominated the boys hurdles winning both the 110 and 300 Meter Hurdles with times of 14.32 and 39.30.

Pre-Race favorites Lutheran (St. Charles) did not disappoint, winning the girls 4x800 in a time of 9:41, just two seconds off the 19 year old Class 2 Record set by Principia in 1992.  Six other teams broke the 10 minute barrier. 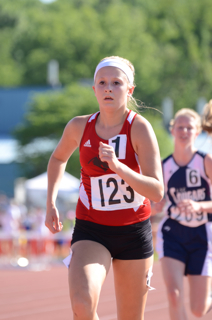 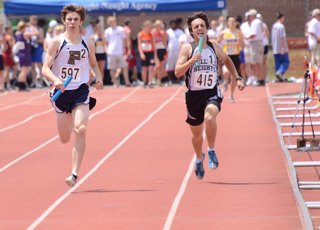 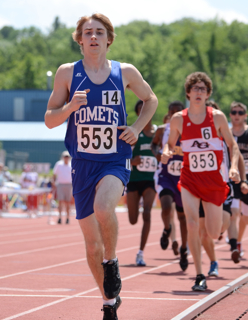 Marionville senior Justin Hansen outkicked the many time state champion Caleb Hoover in the 1600 winning with a time of 4:22.06 to Hoover's 4:22.64.  Scott City junior Brandon Shemonia was close behind with a time of 4:22.85.  Two others brok 4:30 bringing the total to five under the 4:30 barrier. 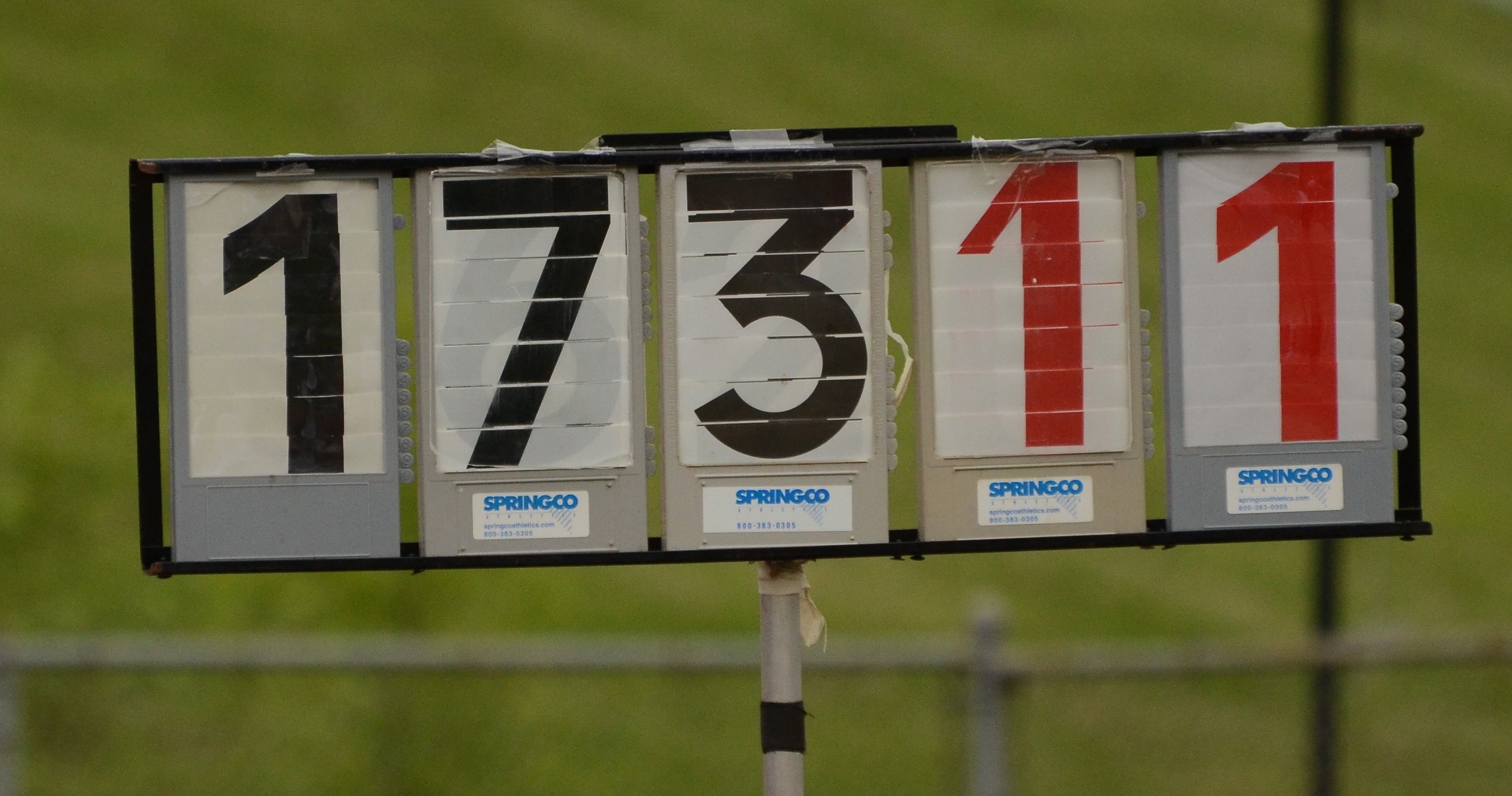 The meet started off with a bang as Carrollton senior Chase Ewing set a new Class 2 Record in the discus with a mark of 173-11.  Ewing's throw is also a MO#3. 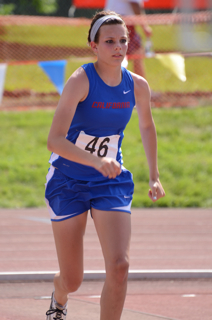 California freshman Sydney Deeken denied Lindsay Vollmer her 12th State Title by winning the high jump with a mark of 5-06.  According to the MileSplit database Deeken's jump ranks her as the 7th best freshman high jumper in the nation. 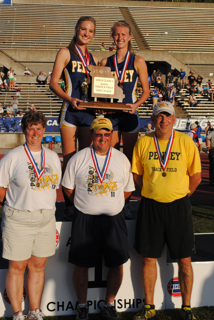 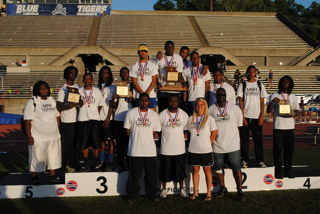 Team Champions were Penney on the girls side and Maplewood-Richmond Heights on the boys with 40 and 104 points respectively.  Penney won with just Lindsay Vollmer and Elsie Greenwood while MRH had points spread throughout the sprints, jumps, and relays to crush the field by 54 points.