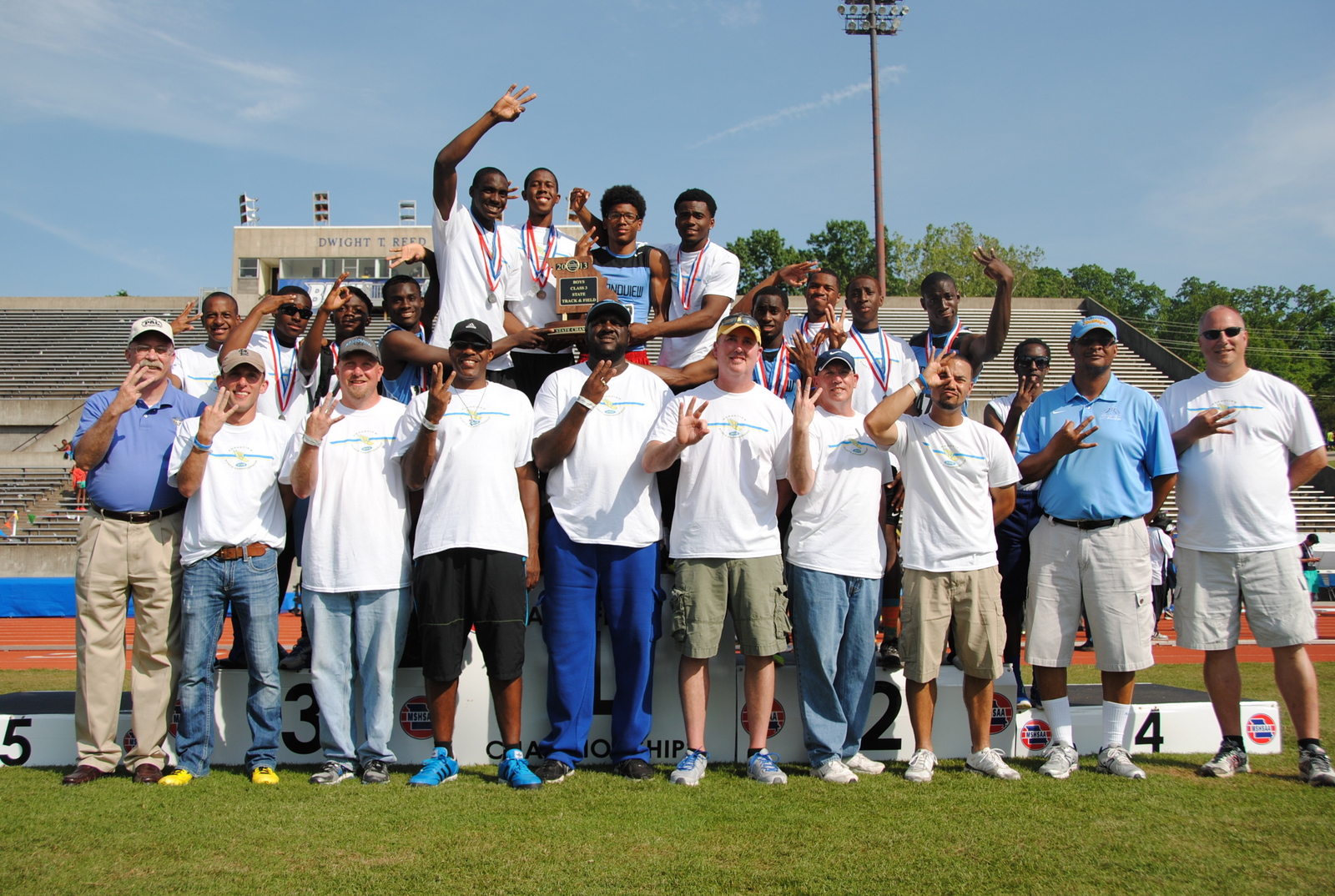 The Bulldogs lost two of their fastest sprinters, including Jaymes Kelly, who strained his Achilles’ tendon in Friday’s 200-meter prelims.

“The doctor yesterday after the 200 said Jaymes would not be able to run,” Grandview coach Andy Leech said. “He was determined that he was going to run through it, and we were in doubt until he ran the 100 today. Running through the pain is difficult. The emotional side of it, knowing you’re the fastest and feeling like he let the team down and still coming back and fighting and coming in third in the 200 also was really special.”

Kelly regained enough composure to gut out third-place finishes in the 100 (11.18) and 200 (22.38). Following each race, one of his teammates was nearby for him to lean on as he hobbled to the awards’ stand. Leech said they also had to talk Kelly out of the 400-meter relay.

“We’ve never seen the adversity that we saw in this meet,” Leech said. “Every little point came up to help us squeak through and get the championship. This is the sweetest of the three.”

When asked about continuing the run of titles, Leech quickly gave credit to his assistants and acknowledged their roles in putting a winning team together.

“(Assistant coaches) Harvey Kendall and Russell Dotson, for them to be able to run our fifth and sixth guy and have them perform they way they did, our sprint coaches are phenomenal,” Leech said.

John Burroughs nearly rode the 40 points scored by Ezekiel Elliott to a title, but the Bombers came up just short and finished in second with 55 ½ points. 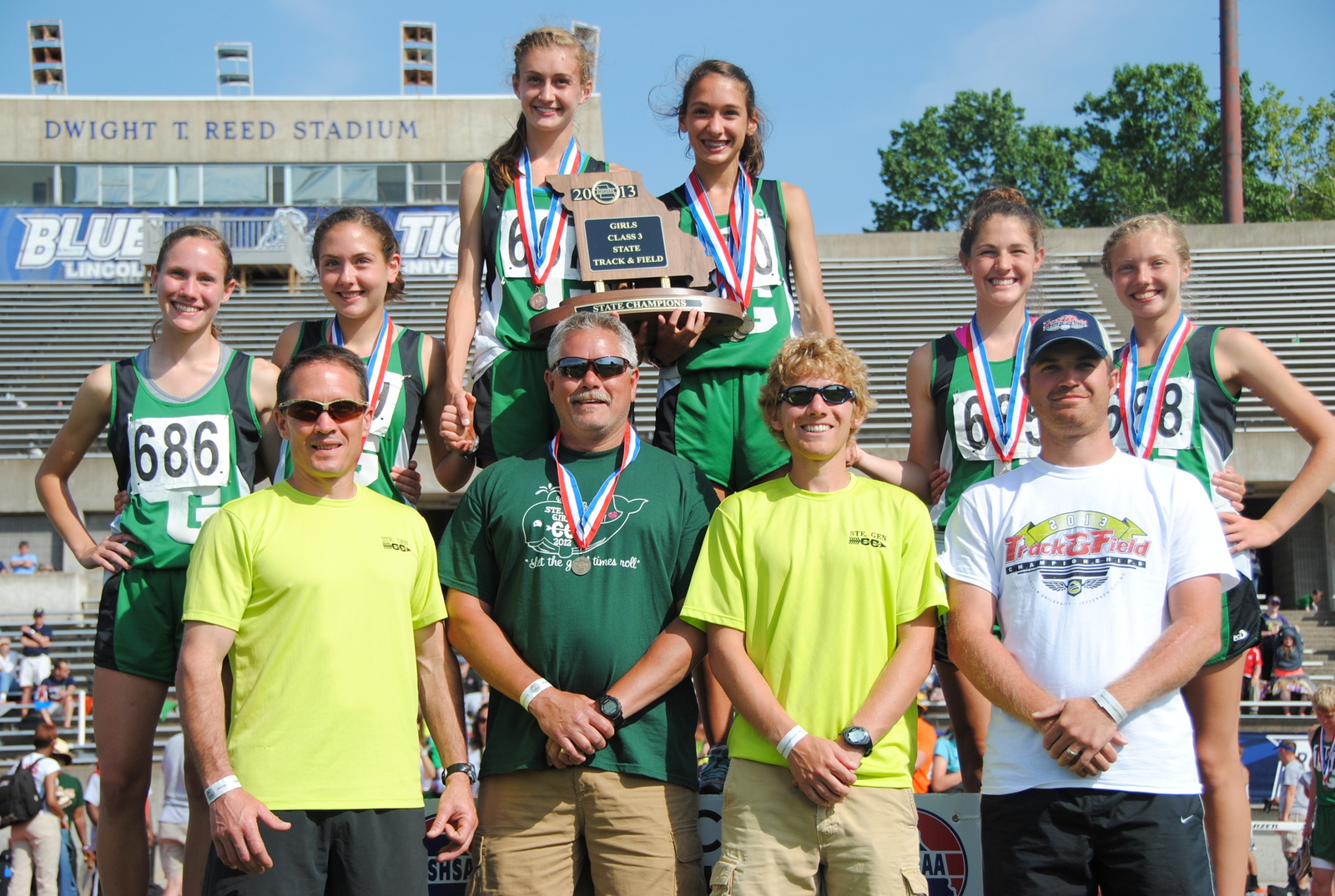 Ste. Genevieve claimed the girls’ title with 48 points, edging past Lutheran South by one point. It’s the first state trophy in track in the school’s history.

These same girls were behind Ste. Genevieve’s Class 3 cross country title this past fall. Ste. Genevieve coach Brian Jett said while many of the athletes are the same, winning a track title is completely different.

“You come up here with a big horse and have some kids that can help add a few points, it’s a different animal, but it’s just as rewarding,” Jett said. “Everybody we brought up here, boy included, came back with a medal. That’s kind of unheard of, so it was really a remarkable weekend.”

Ste. Genevieve will continue to try to flesh out a well-rounded team, but Jett said they lost a lot of talent on the way to stiff district and sectional competition. With the freshmen nucleus around for three more years, the Dragons could be returning to the podium quite often.

“We come from such a tough district and such a tough sectional they kind of got weeded out,” Jett said. “We were fortunate with what we did get through.”