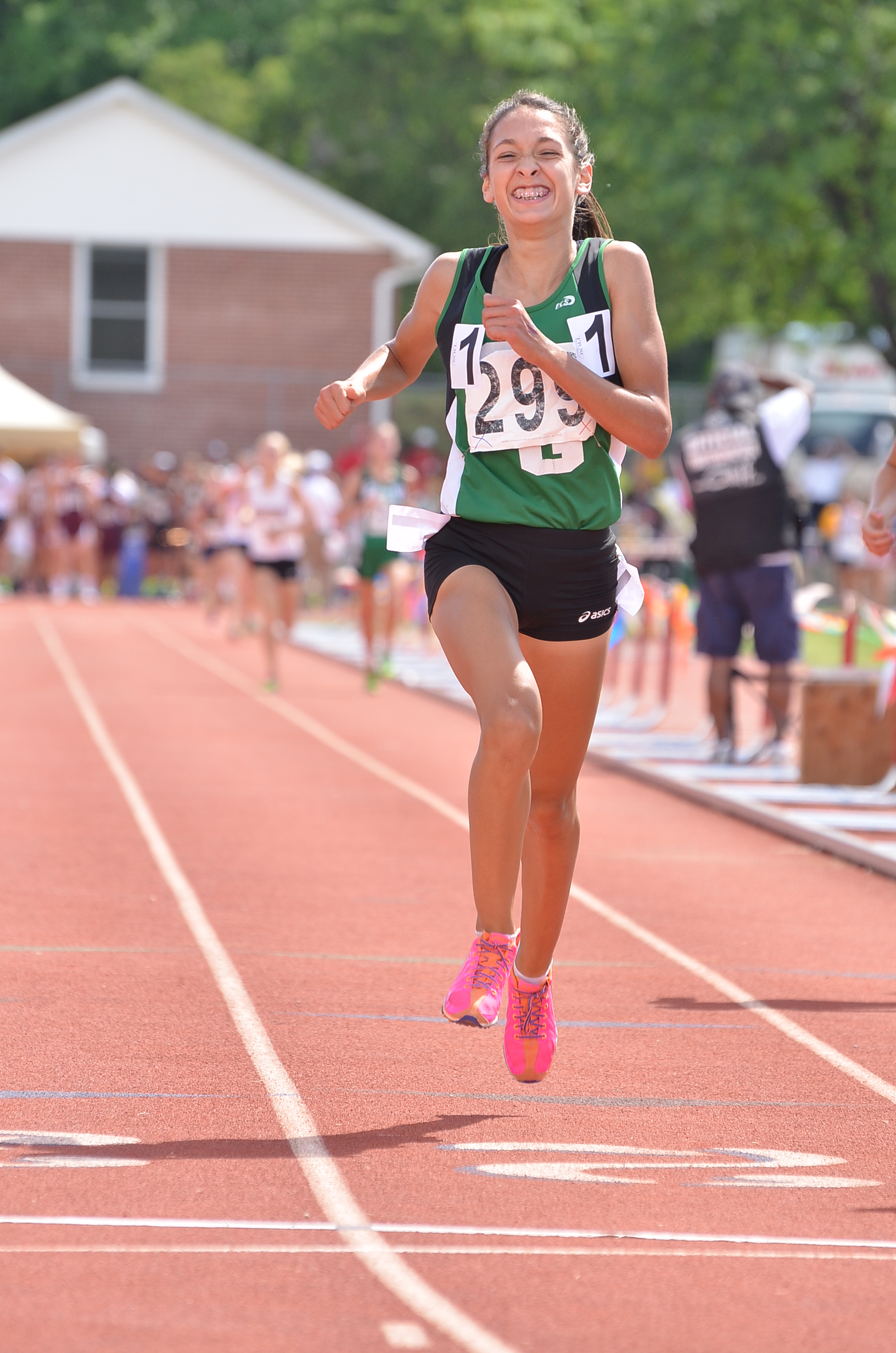 Fresh off setting a new 1,600 meter record on Friday, Werner returned to the Dwight T. Reed Stadium track for Saturday’s 3,200-meter run in the MSHSAA Class 3-4 Track & Field Championships. After a fast first lap, Werner settled into a controlled pace before surging to better the 2009 record time of 10:24.12 set by Emily Sisson with a 10:19.15, improving her own PR by 15 seconds.

“It was deep in my mind. I was going out to win, but the record is the cherry on top,” Werner said. “I actually had no idea until the last lap until they said, ‘Hey, you’ve got it.’ So I just went all out the last lap and crossed and they said I had it. I had a pretty big smile there.

“I feel so blessed. I’m speechless. It’s overwhelming. To go out and do that … I’m just really happy.”

Werner and Festus senior Jamie Kempfer ran their first lap in 71 seconds. They both backed off and maintained splits in the 77-79 second range throughout the middle of the race, and Werner was able to close in final-lap split of 75.63 seconds.

She credited having Kempfer there to push her, but the two had enjoyed some more relaxed running of late. Prior to the state meet, Werner and Kempfer eased off the throttle at both districts and sectionals and did enough to qualify and advance. That left Werner a little nervous about what Kempfer might be able to do when pushed, and Werner said she didn’t feel safe even with a 15-meter lead.

“At districts, the first couple laps we were laughing,” Werner said. “She felt good and took off, but I didn’t feel very good. And at sectionals, there’s actually a picture of us. We were laughing and joking the whole time to just get it done. We were really tired. But I haven’t really raced hard with her in the 3,200 this year, so it was really different.

“I never know what to expect with her because she says she feels bad and then goes and runs a PR. So I was telling myself, ‘you can’t focus on where she’s at, you just have to focus on your time.’ And that’s what I did.”

Werner’s record run was even more impressive after having won the 800 and 1,600 on Friday and running anchor on the third-place 3,200-meter relay team earlier Saturday. Kempfer also ran the same slate, including anchoring Festus to a relay victory in 9:26.13.

Given the heat and the eight laps she had already run, Werner said she focused on relaxing as much as possible between races.

“My feet were burning, but I’m OK,” Werner said of the hot afternoon race. “I was a little frustrated by the (3,200 relay), but it helped motivate me for this. I just stayed in the shade, really sipped on water and laid down and fell asleep for a little bit. I was really nervous but tried to control that.”

Werner is scheduled to run in Thursday’s Festival of Miles at SLUH, and she said after that she might treat herself to a small break before beginning summer training for next fall’s cross country season.

“I actually might take a day off,” Werner said.