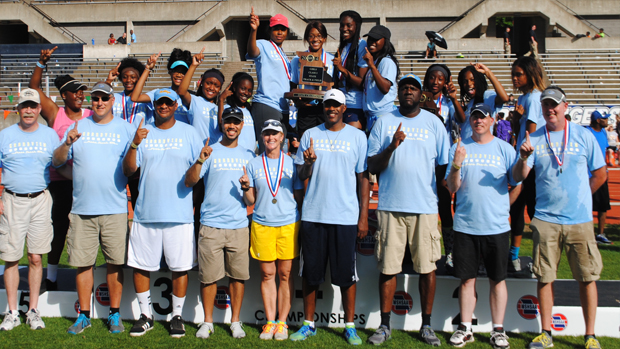 JEFFERSON CITY, Mo. – The Grandview girls joined their boys team atop the Class 3 podium at the state meet Saturday after racking up 63 points.

The Bulldogs scored the bulk of their points because of their sprints depth, which allowed them to place two girls in each of the three open sprint races.

McCluer South-Berkeley attacked the meet with the same game plan and was nipping at the heels of Grandview all meet before finishing runner-up with 58 points. Ste. Genevieve, the defending Class 3 champion, captured third with 53.5 points, and Lutheran South finished fourth with 51.

Anglerne Annelus led the way for Grandview with victories in the 100 (11.80) and 200 (24.11) while running even faster than her sophomore year. Annelus defended her title in the both sprints after winning in 12.21 and 24.80, respectively, last year. 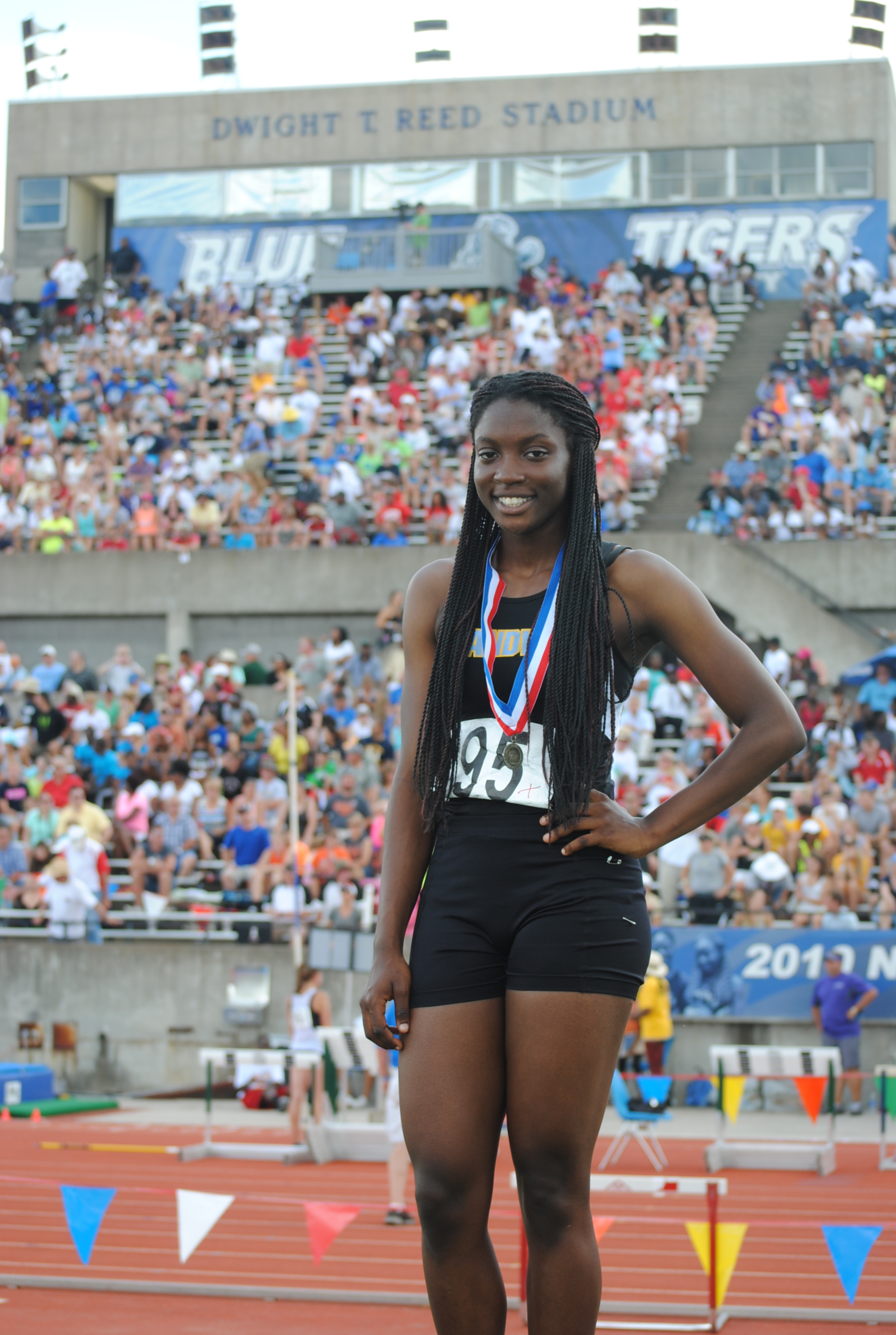 “She’s such an awesome young lady,” Bedwell said. “She’s a scholar and takes care of her classroom business and then comes out to the track and runs.”

It was Grandview’s first girls’ team title, and the first trophy since tying for third in Class 4 in 2003.

“Everything went right,” Grandview coach Dana Bedwell said. “They ate well, they prepared well, they were focused, and they were hungry. We have an amazing community, and our families are there and support our track team. It’s just a great track community.”

Ashanti Hutton placed behind Annelus in the 100 and 200 to add valuable points, and she padded the tally with 10 more with her victory in the 400 (55.38), but she said she had to make sure not to let the sixth-place finish in the 100 carry over to the next race.

“Every point matters, even the fact that I got sixth in the 100,” Hutton said. “I have in the past let races affect me, because I would let them get to me and get angry and I would run them hard and not breathe and pass out and not attack it. I gave myself a five-minute window to get rid of the anger and move on because it’s time for the 400.”

Berkeley was battling Grandview in many of the same events, scoring multiple sprint points in the open races, too. Berkeley had three girls score in both the 100 and 200, and the sprinters teamed up to drop a blazing 400-meter relay record of 47.19 to not only break its own 2009 Class 3 record but the 2011 overall record of 47.48 by Raytown South as well.

“It’s just us saying we know it’s the state meet, and we know we’ve got a lot of people looking at us so we have to live and stand up to the Berkeley Bulldog way. And that’s coming out here and doing business.” 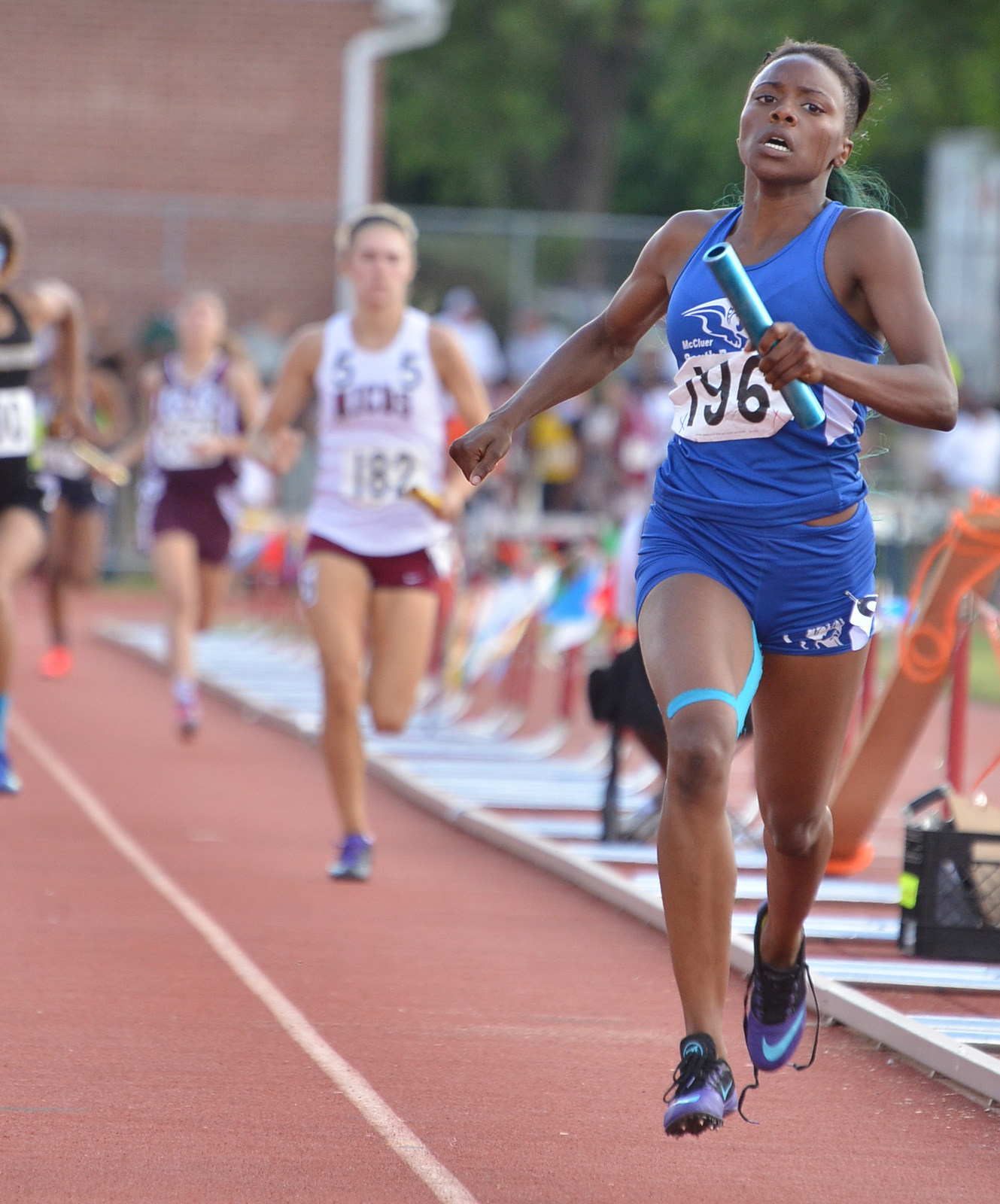 Ste. Genevieve leaned on its distance runners again, with Taylor Werner’s record-setting performances leading the way. The Dragons scored three runners in both the 1,600 and 3,200 to account for 37 of the team’s points.