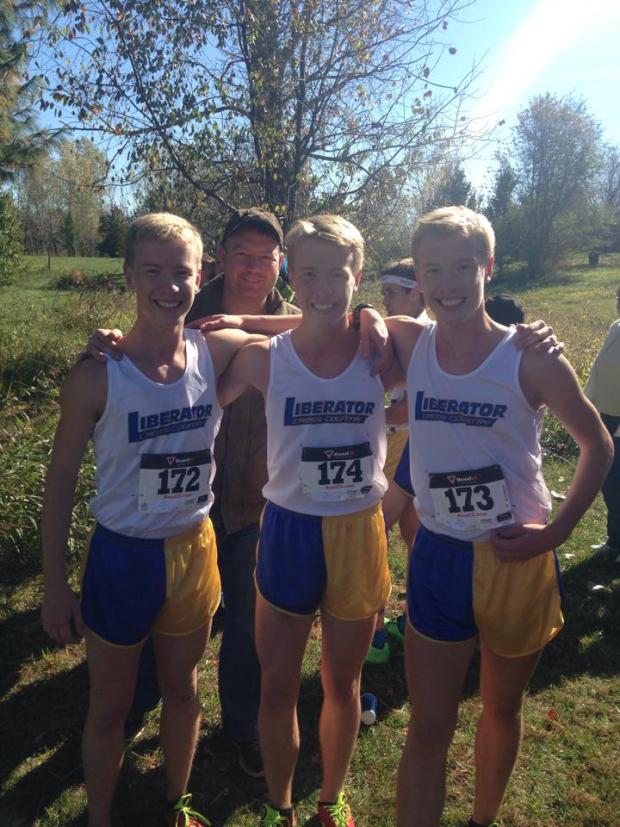 What was your most memorable race/meet: Districts 2014. It was our goal all summer to win districts and to qualify for state as a team, and to become a top tier team at State.

Who was your biggest competition? Springfield Catholic- Tied with us at conference, an took the title.

Out of all of your high school accomplishments which stands out the most? Ozone's Athletes of the Week, and Ryan earning All State Honors, and Kyle just barely missing it.

If you could do it all over again what would you change about your career in high school? Working as hard as we did our senior year, throughout our entire high school career. Just running everyday all summer long, weekends, mornings, and afternoons just pushing ourselves to our limits, made us both mentally and physically stronger.

What were the most difficult obstacles you had to overcome? Battling the mental pressures before every race knowing that you have a job to do, not for yourself, but for your team.

What will you miss the most? Running as a Liberator, and running for Coach Bandy. #Ronbandyroadwarrior

Do you have any advice for younger athletes? Don't be afraid to challenge yourself. Stick up with the top guys, and don't be afraid to hurt. Success will only come after putting in the hard work.

What are your college plans? Running for the University Of Central Missouri. Go Mules!