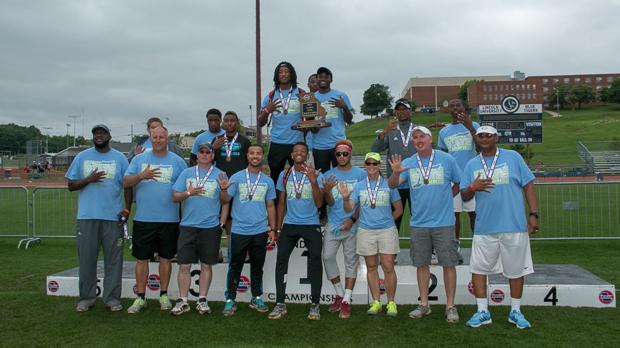 Grandview has grown accustomed to be one of the last teams to leave Dwight T. Reed Stadium.

The Bulldogs captured their fifth consecutive boys team title Saturday. The new classification bumped the squad to Class 4, but the streak remains intact.

Grandview coach Andy Leech said after Friday’s preliminaries, it seemed the team was exactly where it’s been the last four years - sulking about missed opportunities.

“Last night on the bus, we were down. The 4x2 didn’t get through and Raytown South looked strong all year and have never faltered,” Leech said. “My gosh, this feels like every Friday night for the last four years. We always go through this, and our kids are so resilient we seem to perform well on Saturdays and that’s why we win.”

Leech said he really didn’t want to even let them in on the secret that the Bulldogs almost need to have their backs against a wall to push themselves to a title on Saturday. But he did remind them that they had been in the situation before and had experience at what it took to win a title. He challenged the team to beat Raytown South in every Saturday where the two schools met.

“And that’s exactly what we did. Our rivalry has helped us, and them, so much,” Leech said. “They were the favorites coming in. By shooting to get Raytown South, we had PRs all over the place and guys scoring points where they weren’t supposed to. That’s been pretty typical of our Saturdays the last five years.” 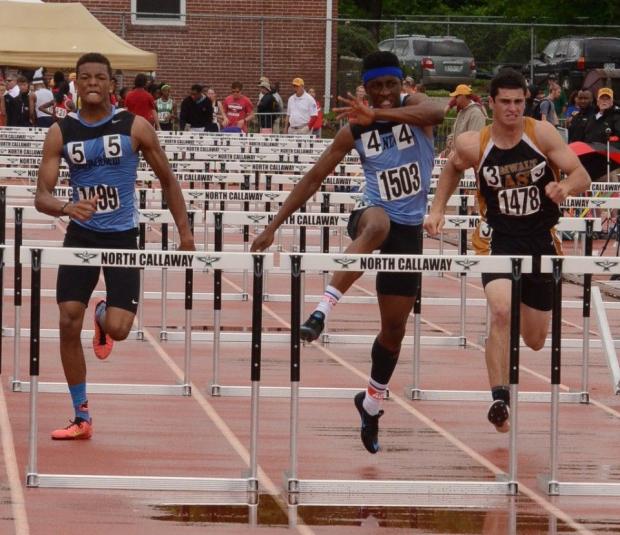 West Plains took second with 53, and McCluer rode its relays to a third-place finish with 51 points.

The Comets won all three sprint relays and were in search of redemption after last year’s state meet saw the team finish third in the 4x100.

“We’re just blessed that we had another shot,” said Kevin Spraggins after the team won the 4x100 in heavy rains. “We had to make sure our hands were dry and the baton was dry. We always tell them if you’re the first leg to put it in your tights and keep that boy dry.”

The Poplar Bluff girls entered the state meet figuring to be in the Class 4 mix, and the Mules cashed in on the girls team title with 61 points.

“We have a really solid group of seniors, and there’s a lot of drive and chemistry within the team. They helped push each other,” Poplar Bluff coach Elizabeth Lewis-Muse said. “We knew that we were going to have a nice little group, and with them going to five classes and us being Class 4 that we might have a chance, but we kept training as if that chance was far off and we didn’t take advantage of it.” 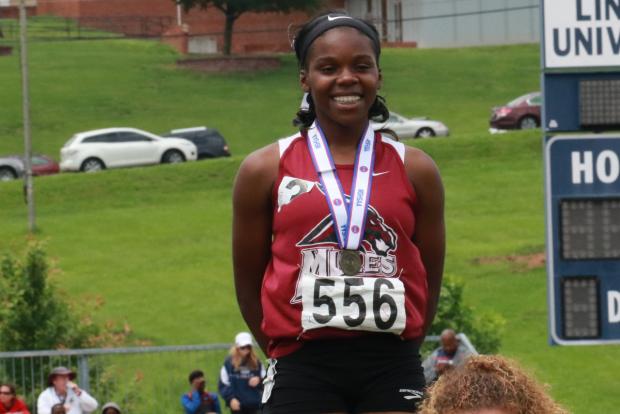 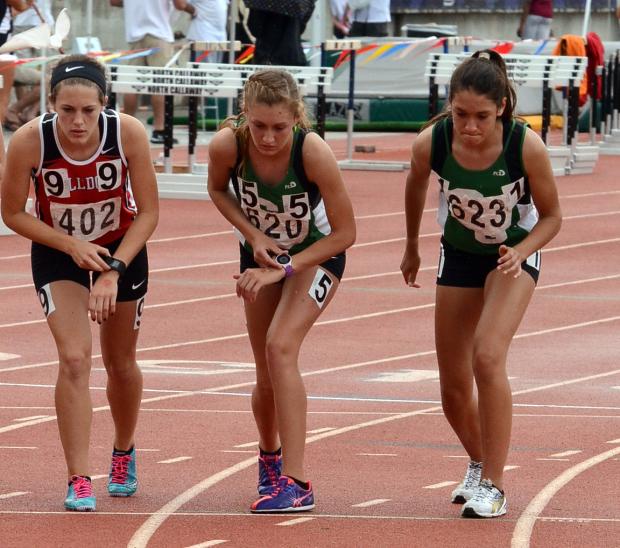 “Hearing her behind me was a good motivator, ‘You have to keep going; you have to go get this and keep pushing,’” Werner said. “After the winter that I had and only being back the first week of practice, I’m so blessed and thankful to be here, I’m so glad I was able to get three golds and place in the 800.”

Lutheran South took third with 47 points. Maya Cody finished runner-up to Grandview’s Anglerne Annelus in the 100 and 200, but Cody was able to run away with the 400-meter dash, winning by nearly two seconds in 55.60. The Lancers got another boost from Cecilya Johnson’s victory in the discus (158-2).

“At least at the end of the day I can say I ran against the fastest girl in Missouri history. That says a lot that I was her competition,” Cody said. “I wish I could’ve gone 54 in the 400, maybe with a little more push from the field, but a 55 is better than what I did last year.”

Despite running different heats, both Annelus and Cody broke the all-class record in the 200 preliminaries on Friday. Annelus established a new mark of 23.47, and Cody’s 23.76 also was good enough to beat the previous record of 23.78 set by Berkeley’s Alishea Usery in 2007. 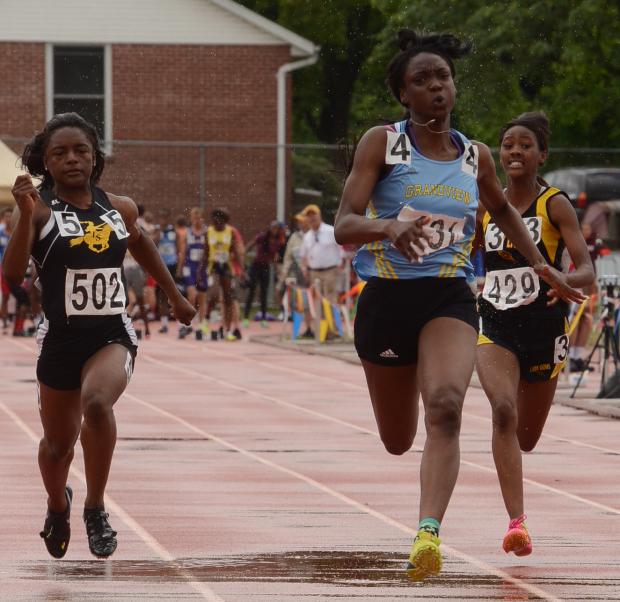 Annelus had the speed on display again Saturday, winning the 100 and 200, and she anchored the 4x200 relay to victory after getting the baton in third, and Grandview captured fourth place with 45 points.

“There’s never any doubt. I know everyone on our team is working hard, and I just have to finish off strong for them,” said Annelus, who will run at UCLA next year. “(Cody) gets out really hard, so I know I have to make sure I stay close to her and have my turnover and make sure I finish strong.”