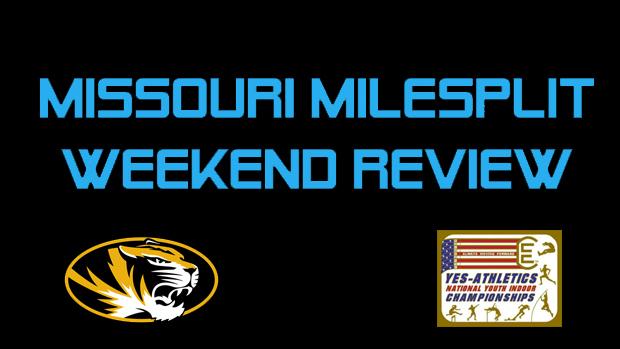 Unfortunately, we were unable to bring the live stream of the Big River Indoor Series Championship to all of you as promised. For that, we do apologize. For those of you who are unaware, there was a bit of a car accident on our way to Columbia and thus we were unable to make the trip. Thank you to those of you who wished us well - both your Webmaster Ryan Taylor and I are fine beyond a minor concussion and some soreness and bruises. Details can be found on our twitter account

But you may have to do some digging for that tweet because there were a number of incredible performances this weekend that moved that news way down on our timeline.

This weekend, as previously stated, the University of Missouri-Columbia hosted the Big River Indoor Series Championship - the third of three meets held throughout the January and February at the Hearnes Center - and this year's meet may have been the best they have ever seen.