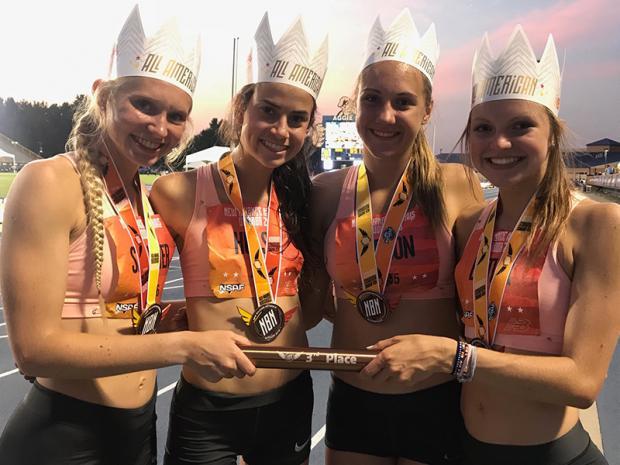 After two days of voting an over 5,000 votes, the Lee's Summit West Girls 4x800m team of Jana Shawver, Madison Hulsey, Audrey Parson, and McKenna Butler won the Missouri Track performance of the year vote. Their All-American finish at NBNO in which they became the first Missouri team in history to break 9:00 with an 8:58 was a remarkable achievement and was very deserving of the win.

Congrats to the Lee's Summit West Girls, and the other nominees for their remarkable performances. We're excited to see what Missourians do in 2019.