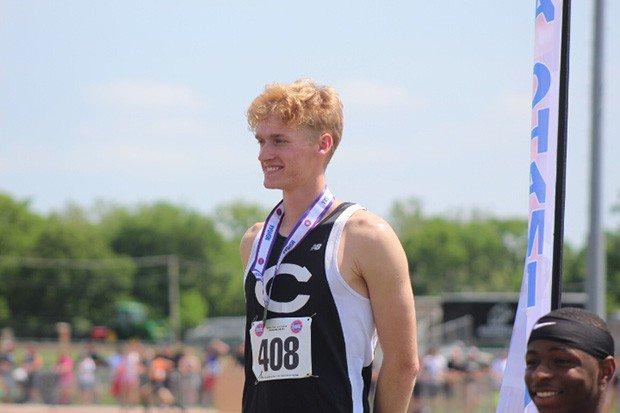 Peyton Davis brought home four State Medals, including two State Title on Saturday. He won both the High Jump and Long Jump with leaps of 6-4 and 22-8 respectively. Davis also took 2nd in the Javelin with a throw of 176-4, and 5th in the 300H with a time of 40.02. 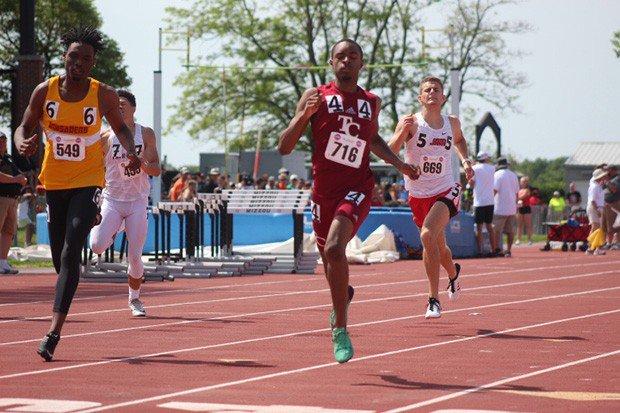 The Trinity Catholic Senior picked up four State Championships on Saturday for his 5th, 6th, 7th, and 8th career State Medals. He won the 100m with a time of 10.71, and came back won the 200m on his 6th race of the day with a PR of 21.33. In addition to the two open events, Winston anchored Trinity's State Championship 4x100 and 4x200 teams on Saturday. 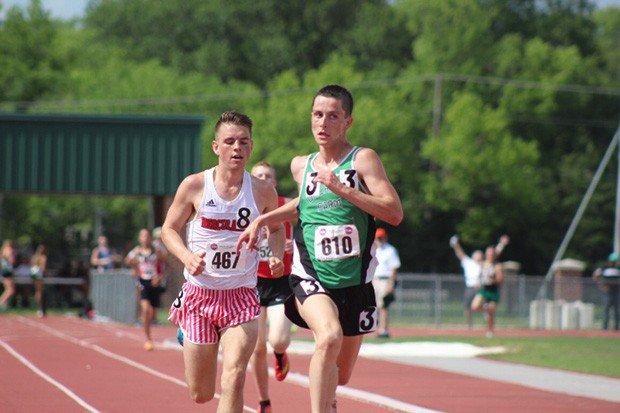 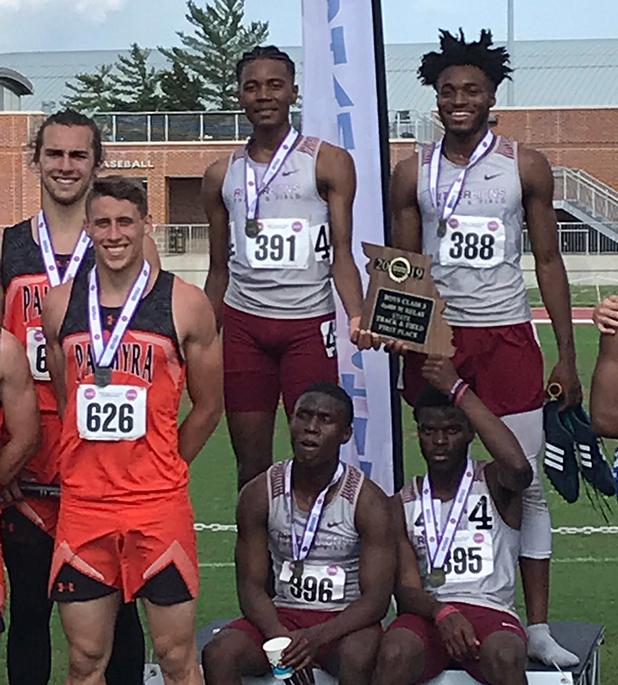 Cardinal Ritter already has the State Record of 3:13 from back at the Dale Collier Invite, but now they also hold the Class 3 State Meet record. Jaden Williams, Lee Steward, Montrell Richards, and Hasani Barr combined to run 3:16.93 to win the State Title and break the record. 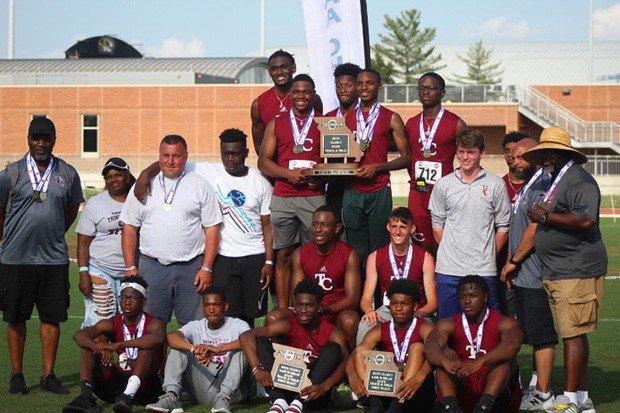 Trinity Catholic bested defending Champions Cardinal Ritter 100-82 on Saturday to earn the Class 3 Boys State Championship. Kemeric Winston led the way State Championships in both the 100m and 200m, and combined with Paul Reed, Isaiah Williams, and Alphonzo Andrews to win the 4x200m. Andrews, Williams, Thomas Sonntag, and Winston also won the State title in the 4x100m. Sonntag was the runner up in both the 100H and 300H, while Isaiah WIlliams was the runner up in the triple jump while Dajuan Young took third. Malcolm Harvey brought home the State Title in the Javelin, and David Reid was the runner up in the Shot Put.