Carlos Davis not only set a state record in 2014 but he changed the infield when he threw at the 2015 meet. The infield and awards stand were reconfigured to keep those in attendance safe from the distances the Davis brothers might be able to throw. In fact the Long Jumpers were even held when they lined up to throw.

Here is Craig Martin's story from 2014 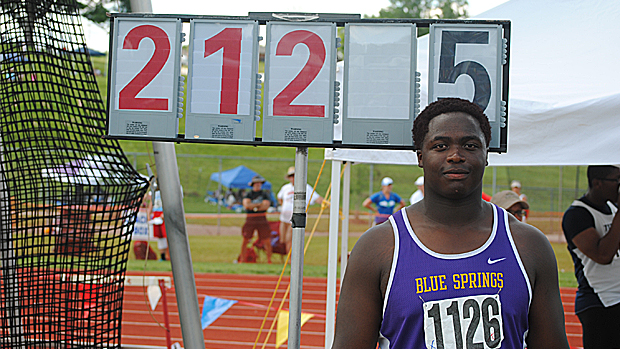